Michel Masson, CEO of Infrastructure Victoria, discusses the increasing convergence of transport and energy policy, and the need for governments — at all levels and across states — to work together to ensure we reap the benefits of new vehicle technologies.

Driverless and zero emissions vehicles each have the potential to transform how we get around our cities and regions, and could be the biggest things to happen to transport since the introduction of the car itself. While automotive manufacturers around the world are racing to develop the first mass market electric vehicle or be the first to develop a commercial driverless car, public policy is moving along at a similar pace as governments and decision-makers try to predict the future.

At Infrastructure Victoria, we spent 12 months gathering evidence and conducting research, analysis and consultation to develop advice to the Victorian Government on what infrastructure might be required to enable both driverless and zero emissions vehicles. One theme that leapt off the page was the increasing convergence of energy and transport policy. As zero emissions vehicles become more widespread, it will become harder and harder to plan our transport networks without closely considering the impacts on energy networks – and vice versa. 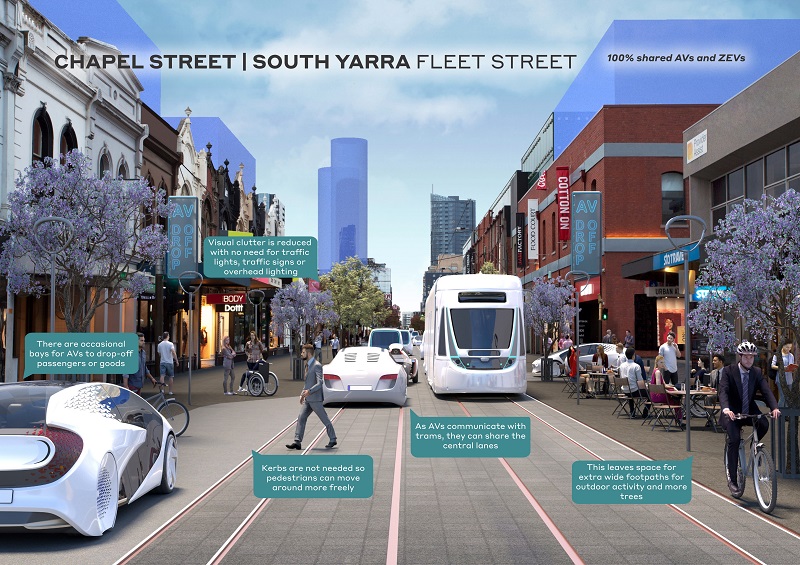 We looked at our transport and energy networks in 2046 under a range of scenarios, including one where all vehicles are electric, driverless and privately-owned. The bottom line of this scenario is that our electricity consumption would skyrocket – we would demand an additional 56% electricity to meet our needs over and above the baseline, with an infrastructure price tag of up to $9.7 billion.

We also looked at what the impacts could be of a vehicle fleet entirely comprised of hydrogen-powered vehicles. To meet the demand for hydrogen from electrolysis, Victoria’s overall electricity demand would soar by almost 150%, costing up to $15 billion. While that seems high, this scenario looked at a future where all vehicles were powered by hydrogen. A more likely outcome is that hydrogen will be utilised on a smaller scale, for example in heavy vehicles like trucks and buses, meaning the costs would be much lower.

What this evidence shows is that we’re going to see a large uptick in electricity demand under a zero emissions vehicle future, whether it’s electric, hydrogen-powered or a mixture of the two. This presents some serious implications for the future of our energy system. 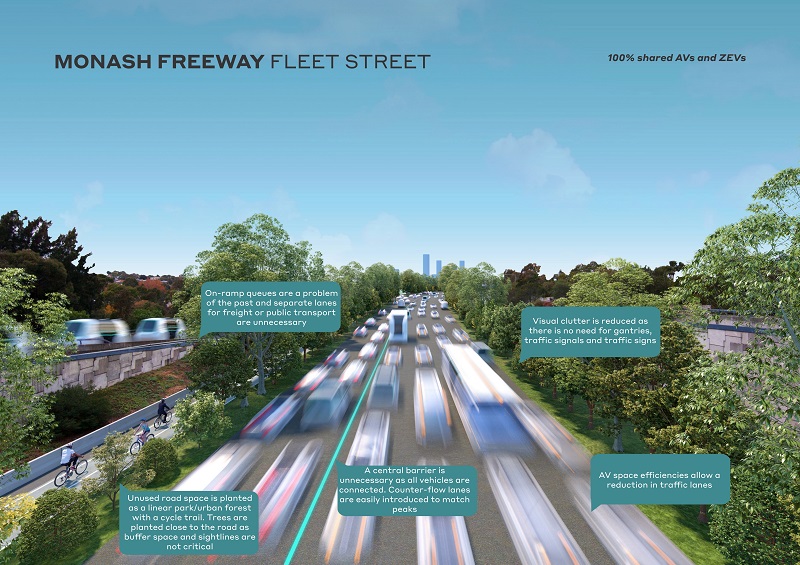 Collaboration at all levels of government

There’s no doubt that zero emissions vehicles and autonomous technologies in some form are coming – and possibly much sooner than we think. Because of this, we made 17 recommendations to government to help Victoria prepare for the future, including possible pathways and triggers for action.

In fact, almost every area of government will have a role to play in this transformation in how Victorians travel. In addition to transport and energy, planning, health, industry and jobs could all experience significant changes. Issues like where and how people install vehicle chargers, the positive impact of eliminating road deaths caused by human error (estimated to be 94% of all road deaths), what new industries we may need to establish to support the vehicles of the future and what jobs may be lost – or gained – through these developments all need to be considered carefully by governments.

While it’s important that state government departments work together, collaboration between all levels of government and between the states is also crucial. Back in the 19th century when the colonies of Australia each adopted their own rail gauges, they couldn’t have predicted that decision would still be causing headaches 150 years down the track. We have already seen some positive progress on electric vehicle charging standards, with the Federal Chamber of Automotive Industries proposing standardised chargers by 2020, but there are other areas where standardisation and cooperation will be important to avoid ending up with multiple inefficient systems.

Most of our recommendations to government relate to specific policy measures or decisions around the crucially important areas of planning, energy, transport and ICT. But our final recommendation is possibly our most important – lead and collaborate. If we set high ambitions, work together and collaborate – at all levels of government – we can ensure that Victoria and Australia reap the significant economic, culture and environmental benefits of the vehicles of the future.