The sheer increase in volume of data globally — coupled with advances in data analytics — has created widespread opportunities to harness its economic and social value. This requires navigating a range of policy issues such as privacy protection, innovation and consumer policy.

To give an idea of the magnitude of data available worldwide, in 2018 it was estimated that the global volume of data stood at 33 zettabytes (33 trillion gigabytes). By 2025, the global datasphere is forecast to grow to a staggering 175 zettabytes.

In the first of a four-part series, The Mandarin examines the opportunities and why gaining community licence is key to protecting people’s information and realising the benefits of data for good.

Last year, CSIRO’s Data61 released a report from strategy and economics firm, AlphaBeta, which estimated $315 billion in economic value could be captured from data-driven industries ranging from agriculture to government to mining.

The report identified eight strategic areas ripe for digital innovation, either by improving the productivity of existing industries or creating revenue from new industries, products and services.

The editor of The Mandarin, Harley Dennett will facilitate a panel discussion on privacy and consent with Facebook’s associate general counsel on data protection, a privacy lawyer, a government CIO and a business consultant. Wednesday 20 March. 12.30pm – 1.15pm.

The economic opportunity is not restricted to Australia. According to the 2017 report prepared for Facebook by Deloitte, The Data Landscape, a 2017 study for the European Commission estimated the economic impact of data was €300 billion in 2016 across the EU-28 countries and could potentially rise to €430 billion by 2020.

A recently released UK Treasury discussion paper  found that data-driven technologies will contribute over £60 billion per year to the UK economy by 2020 and simultaneously strengthen the UK’s position as a world leader in data-driven innovation.

Individuals are driving the increase in data growth through the use of digital services and devices. Globally, this is reflected in the 35 billion e-commerce transactions made annually.

The use of devices such as smartphones, wearables and connected homes is projected to grow from 11 billion connected devices in 2016 to 80 billion connected devices by 2025. Individuals are also interacting with a diverse and expanding range of organisations. Just as device use is growing, so too are individual interactions with an expanding range of organisations. On average, individuals hold data relationships with 24 organisations across a range of sectors including utilities, financial services, healthcare, government, media, social platforms and retail.

The value of data

In and of itself, data holds little value whether it is made up of characters, text, numbers, pictures or other media. Value is created by working with the data and unlocking insights through the application of data science, analytics, and artificial intelligence, aided by the quantum increases in computer processing power and speed.

As a submission to the ACCC’s Digital Platforms Inquiry by Professor Catherine Tucker — a leading professor at MIT — found, it is not the volume of data held that determines value, it is the ability to analyse and understand the data.

A Productivity Commission inquiry analysed the benefits and costs of increasing the availability and use of data in Australia across the private and public sectors. It viewed data as a valuable resource given it can be shared, used and reused an unlimited number of times by many different businesses, governments and civil society groups. It also classed it as a ‘non-rivalrous good’, meaning a single piece of data can be used in multiple systems, analytics and applications simultaneously.

The inquiry identified a range of potential benefits for both individuals and business.  Access to data can empower consumers when comparing and choosing products and services such as utilities. Data-led services can also provide individuals with more personalised products targeting their preferences. For business, data and analytics can improve efficiency and drive competition, either by creating new markets and business models or expanding existing markets. There are also gains for organisations in product development and consumer marketing.

More broadly, data can also generate social benefits ranging from safety and security to environment and infrastructure to health and education. Deloitte research identified a range of applications. For example, the use of deep data and smart sensors could yield up to a 50 per cent improvement in treating serious diseases. Location and navigation data enables individuals and organisations to optimise routes, providing up to $500 billion of value globally in terms of time and fuel savings by 2020, as well as reducing emissions.

Case studies in the Productivity Commission’s final report included delivering more effective support for at-risk youth, using spatial data to better manage natural resources, and improving cancer survival rates. Also known as ‘data for good’, Gartner describes it as a movement in which people and organisations transcend organisational boundaries to use data to improve society. It brings together the private sector, government, universities and data and analytics vendors to tackle social problems.

Data for good has been used to remove discrimination in criminal justice, fight child exploitation online and distribute humanitarian aid after natural disasters.

Is data the new oil?

The value of data and its role in driving innovation and economic growth has given rise to the refrain that data is the new oil. Advocates for the claim compare the role of data in this century to the role of oil in the 1900s – a catalyst for progress and change. In this way, data is seen as the fuel of the future, creating new industries, businesses, and infrastructure as well as challenging approaches to competition and regulation just like oil. Some have taken the analogy further, arguing information is sourced from data the same as energy is extracted from oil. It is only after being refined — through innovation — that the value is extracted either in the form of energy (oil) or information (data).

Not all agree. While both oil and data can generate value, those in the ‘data is not oil’ camp say the analogy is flawed with a number of differences. First, there is the issue of supply. Oil is a tangible, finite resource with a fixed quantity in the ground available for extraction. Data on the other hand is virtually infinite and unlike diminishing oil reserves, new data is continually being generated. Consider the exponential growth in global data forecast to 2025, a five-fold increase from 2018. In terms of supply, some have described data more like sunlight than oil.

Oil is also a single-use commodity. Once oil is refined, processed and consumed, it is gone. Using it once means using it up. In contrast, data can be used over and over again. It can be duplicated, shared and reused for new purposes and insights. As the Productivity Commission identified, data is non-rivalrous. It can be used multiple times without diminishing its value and multiple companies can collect, share, and use the same data simultaneously. Like other tangible goods, oil is rivalrous. When a barrel of oil is used, its value is exhausted and no longer available for anyone else to extract.

2018 was an ‘annus horribilis’ when it came to data breaches and privacy. In Australia, the list included the Commonwealth Bank’s admission it lost back-up data for 15 years of customer statements, affecting almost 20 million accounts; personal details of Victoria’s emergency services staff being posted to the web; the exposure of the personal information of up to 8,000 Family Planning NSW clients; and the theft of 30,000 Victorian public servants’ work details from a government directory.

Then there were the multinationals. The Marriott hotel chain revealed the details of 500 million guest worldwide had been stolen. News came to light a third-party app breached Facebook’s terms of service by sharing the data of 87 million Facebook accounts with Cambridge Analytica without the users’ consent. The genealogy site MyHeritage exposed the email addresses and encrypted passwords of 92 million users while 150 million users of the MyFitnessPal app had their data breached.

Gaining and maintaining the trust of citizens and consumers over the use of their data will be critical to realising the social and economic value from data. Trust is a complex concept and it is often said that it takes years to build up trust and only seconds to destroy it. Trust gives us the confidence that others will act as we expect and it underpins an organisation’s licence to operate. For organisations, it is gained through delivering on commitments, meeting expectations and values such as integrity and openness.

When data is stolen, hacked or exposed, it erodes community trust and confidence.

In a 2018 global annual trust survey, two-thirds of respondents cited protection of customer data and privacy as a key way for organisations to build trust. People need to be confident in how their data is collected, stored, shared, used or re-used. When people trust that their data will be used as agreed and accept value will be created, they are more likely to be comfortable with its use.

To gain greater licence, both private and public organisations need to be transparent in how they manage data and how effectively they communicate its value. Trust needs to be earned and maintained. How business and government deal with privacy, security and control by an individual over their data will be pivotal to building this trust and gaining social licence. 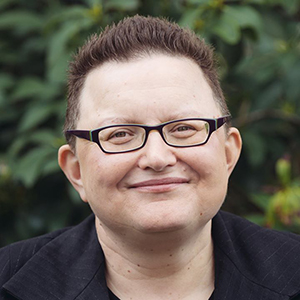