A former member of the MDBA says key pieces of evidence given to the South Australian royal commission were “blatantly incorrect” and describes its report as an insult to the independent authority and its staff.

As a scientist and a previous member of the MDBA Board for nine years, who worked to develop and implement the Basin Plan, and as a researcher who worked to safeguard and improve management of our precious natural resources and ecosystems, it was of great concern to me to see the Murray-Darling Basin Plan yet again under attack.

The Murray-Darling Basin Plan is visionary reform. Australia is the first nation in the world to legislate to change the balance of water use in a major river basin in favour of the environment. When fully implemented, the Basin Plan will reduce water extraction for irrigation by around 20% or equivalent and improve water use efficiency.

Response is needed on two most recent examples of these unhelpful attacks—the South Australian Royal Commission, and commentary regarding the recent fish kills in the Menindee region.

Claims by the South Australian Royal Commission that the Basin Plan is “illegal”, that the environmentally sustainable level of take was not established in line with legislative requirements, and, further, that it was dominated by “political” considerations, are particularly spurious and dangerous.

As anyone with experience in natural resource management will tell you, there is no single correct answer for determining how much water can sustainably be removed from a river system for productive use. An environmentally sustainable level of take exists as a range, with different levels of certainty and risk attached to each point within that range.

It was the MDBA’s legislated role to use expert judgment and multiple lines of evidence to determine what that range could be for the Murray–Darling Basin, and at what point within that range the new limit on water take should be set.

In doing this, the MDBA began by establishing a range based solely on the environmental requirements of the system. This involved using the best-available science and evidence to understand how much water would need to be taken out of consumptive use and returned to the environment to create positive environmental effects at the whole-of-Basin scale—bearing in mind that the goal of the Basin Plan was a sustainable Basin, not a pristine or pre-development one.

Once a range was established, we had to decide where within that range the new limit on water take should be set.

While any point within that range could represent an environmentally sustainable level of take, each point would carry with it varying levels of confidence about achieving environmental outcomes and risks of both social, economic and cultural harm. A figure at the upper end of the range might carry a higher degree of certainty that the amount of water recovered for the environment would be enough or more than enough to restore the health of the system, but with a high risk that communities and industries would experience significant hardship in the process.

This is why the legislation also required the MDBA to consider social and economic outcomes, although returning the system to environmentally sustainable levels of extraction remained paramount.

Ultimately, our judgment was that the figure best satisfying the Water Act requirement to return water use to environmentally sustainable levels while optimizing economic, social, cultural and environmental outcomes, was a water-recovery target of 2,750 GL—a figure subsequently signed into law as part of the Basin Plan.

Some may disagree with the figure arrived at by the MDBA. They may argue that they would have made a different determination had they been charged with the responsibility of doing so.

That is their prerogative, and such disagreement is neither surprising nor a cause for concern, given there is no definitive formula or single “correct” answer for determining an environmentally sustainable level of take for a river system. However, such debate or disagreement certainly does not mean that the MDBA was wrong, nor that the figure was derived in a manner inconsistent with the legislation.

The suggestion made to the South Australian Royal Commission, and accepted by it without question, of the authority having predetermined the water recovery target needing to start with a ‘2’ (that is, the volume needed to be in the 2,000s of gigalitres), is blatantly incorrect and in fact is a serious slight on the integrity of MDBA staff and management.

Further, I totally reject the Royal Commission’s assertions that the MDBA does not use best-available science and does not conduct its work transparently. The MDBA: works with a range of experts; consults with stakeholders; subjects its work to independent peer review; and routinely publishes its findings and data sets. The non-transparency slur is particularly untrue. I am proud to have been associated with the MDBA, particularly because it has built its credibility and independence by establishing an independent Advisory Committee on Economic, Social and Environmental Sciences, and by publishing all reports (and peer reviews) on its website.

The MDBA uses the best-available hydrological, environmental, social and economic knowledge and research in forming its recommendations for the best policy settings. It is disappointing that our commitment to transparency, extensive engagement and the publication of multiple options leads to criticism rather than an understanding of the complexity of the decision-making process.

My second concern is with the media and other commentary around the recent fish kills in the Menindee region of the Darling River. These have been sensational, seeking to allocate blame and lacking in any scientifically credible analysis. However, the recent Independent Panel’s assessment of fish deaths interim report and the Australian Academy of Science report both provide balanced and scientifically credible analysis of the unfortunate incident and have also provided some sensible recommendations for changes to ensure the probability of this happening again is minimised.

The academy’s report correctly found that “The root cause of the fish kills is that there is not enough water in the Darling system to avoid catastrophic decline of condition through dry periods”.

However, I believe they missed an opportunity to comment on a key aspect of broader river management that has been highlighted by this event: management of environmental flows under low-flow conditions. This is the situation that occurs during drought, and low flows are likely to become even more prevalent in the future given climate change predictions for the Basin.

The independent panel picks up on this point in its interim report recommendation 12, which highlights the need to “accelerate and deepen efforts to move towards a more dynamic ‘active event-based management’ approach to providing flows through the Darling system”. It makes the point that low flows are critically important to downstream connectivity along the Darling system.

The first need is to maintain populations of native fish and other aquatic biota (like mussels) by replenishing refuge pools and maintaining aquatic habitats, providing opportunities for movement between habitats, and supporting key ecosystem functions (including cycling of nutrients and provision of carbon for productive food webs).

The second need is to support regular breeding and recruitment of fish and other invertebrates of short life cycles to maintain populations and genetic diversity.

The third need is to maintain water quality through regular flushing of refuge pools to mitigate issues such as salinity spikes and algal blooms like those that cause the fish kill in the Darling.

The fourth need is to provide longitudinal connectivity through the river system and its tributaries to support the ecological needs, maintain in-channel and riparian vegetation condition, and provide natural cues for flow responsive fish and other aquatic biota.

So, while low flows do not really influence the determination of ecologically sustainable levels of take and SDLs, they are extremely important for maintaining a healthy river. They are vital in sustaining the “refuges” that biota need during stressful times.

In unregulated rivers, such as the Barwon-Darling, the management of low-flow rivers is complicated because the current water-sharing plan allows irrigators to pump at quite low flows, with start-to-pump rules often triggered when environmental flows are delivered. This means that the environmental water is not protected.

It will be vital that the new Barwon-Darling Water Sharing Plan (WSP) and Water Resource Plans for other unregulated rivers, due to be completed in June 2019, adequately address ecological needs under low flows and protect the passage of environmental flows.

I cannot stress enough that the Basin Plan is our best option for protecting the future of Australia’s most important water resource and the communities and industries that rely on it. We have come too far to let vested interests derail the Basin Plan using arguments that aren’t supported by verified facts, or that are based on a flawed understanding of how the Basin Plan works. 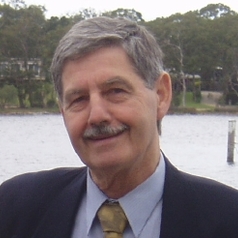 Professor Barry Hart served for nine years (2009-2018) as a member of the Murray-Daring Basin Authority Board. He is an Emeritus Professor at Monash University and Director of the environmental consulting company Water Science Pty Ltd. He has an international reputation in the fields of natural resources decision-making (water quality & catchment management, environmental flows), ecological risk assessment and environmental chemistry.