Can a link be drawn between the SCG Trust, Tony Shepherd, and the National Commission of Audit regarding how best to manage ageing infrastructure—something that the SCG Trust appears to have failed to do? Or perhaps the real question is, are there grounds to dismiss the SCG Trust for poor governance, not just for political alignment?

The Sydney Cricket Ground Trust (SCG Trust), that bastion of establishment power, can’t keep itself out of the news.

First there was its triumph in gaining $730 million in public funding for a new stadium, overcoming the opposition of a popular former premier, Mike Baird. Now, with the NSW Opposition leader Michael Daley’s announcement that he will not only force the SCG Trust to repay this public money but also sack the board, the focus has shifted to questions of governance.

What are the grounds for dismissing the board, and have the board fulfilled its duties as directors in charge of important public infrastructure?

Some answers to this question might be found in the recommendations of the Australian government’s National Commission of Audit report, authored by Tony Shepherd, who also happens to be the chair of the SCG Trust.

Tony Shepherd, previously a director at Transfield and president of the Business Council of Australia, is known as a straight shooter, critical of government expenditure, welfare dependency and the entitlement attitudes.

He was the obvious choice to chair the Abbott government’s National Commission of Audit, established in 2013 to look at how the Australian government could rationalise its functions and expenditure. Shepherd’s report delivered the goods, calling for major cuts to spending and abolition of many government agencies.

Buried in the National Commission of Audit final report is a series of recommendations about how best to manage the Commonwealth’s infrastructure. The report was damning about how managers had neglected their duties to plan and invest in the maintenance of infrastructure assets. It states:

“The condition of much of this estate has deteriorated primarily due to underinvestment in regular maintenance, ineffective asset management plans and in many instances the deferral of maintenance expenditure in response to budgetary pressures.

“As a result, increased expenditure on maintenance and related functions is now needed to bring assets back to minimum standards. Deferral of maintenance is penny wise and pound foolish.”

Based on this, it is appropriate to assess whether the SCG Trust has been operating in accordance with Shepherd’s recommendations. If the trust were doing this, then the condition of its assets and any deferral of essential maintenance and repairs should be duly noted in its annual reports.

The SCG Trust annual reports from 2014/15 to 2016/17 do not mention the word “deferred maintenance” or any critical problems with the SCG Trust infrastructure, only noting that routine ground operations and maintenance of between $8 million and $12 million per year. In June 2016, the capital items are noted as being worth $884 million, with an accumulated depreciation of $172 million.

It is, then, surprising that the SCG Trust should suddenly discover that one of its major assets, the Sydney Football Stadium, is in extremely poor condition, being “rusted and ageing” and in need of demolishing. Other recent justifications for demolition, such as the lack of toilets for women, poor shelter from the rain, or safety concerns are not mentioned in the asset-management sections of the SCG Trust’s annual reports.

Were the SCG Trust to be assessed against the recommendations of the National Commission of Audit as to why its assets were so neglected and suddenly needed close to $1 billion in funding, serious questions about governance would be raised. Whatever the outcome of the NSW election, the apparent inaction of the SCG Trust in managing important public assets warrants further investigation through a proper external audit and governance review. 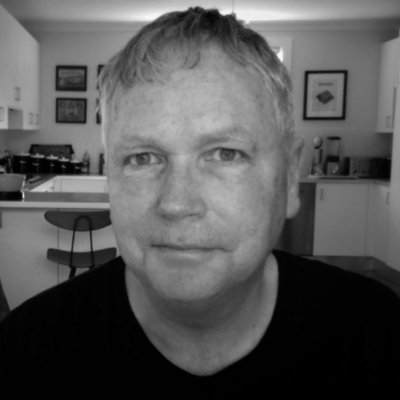