The federal government will commit a further $67.2 million in this year’s budget to the digital identity application, myGovID.

The Minister for Digital Transformation Michael Keenan announced the budget allocation to cover the expansion of pilot projects and integration with the myGov website, in a speech at the National Press Club. Just over $92m was allocated to the digital identity project last year to get the system up and running and kick off one initial trial, which began in October.

Participants in the first pilot set up a myGovID and use it to apply for a tax file number online, which takes a few minutes rather than several weeks through the normal postal application process.

In November Keenan joined three agencies involved in the project, the Digital Transformation Agency, Department of Human Services and the Australian Taxation Office, to demonstrate the mobile app and explain the workings of the digital identity system behind it, including its significant privacy and security controls.

“This new investment will allow us to continue to develop the system,” he said. “This gives us the opportunity to understand our users, incorporate their feedback and continue to fine tune the pilots to make them better and better before making them available to everyone.”

There are seven more pilots to test out the digital identity system, three of which are underway now with the remainder to begin by the end of this financial year. 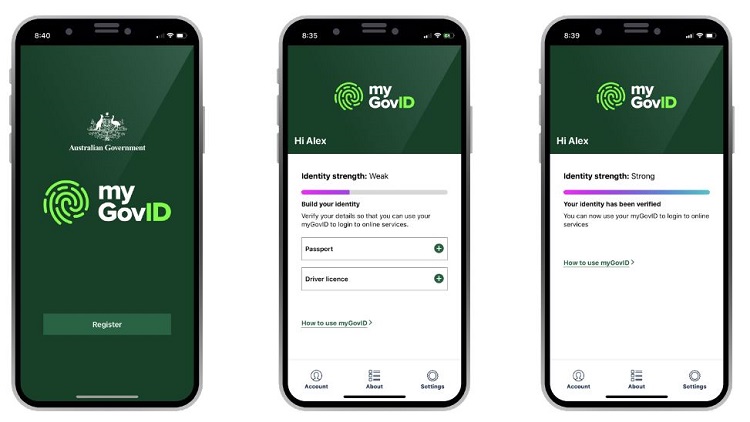 Other pilots variously aim to replace the ATO’s AUSKey with myGovID, test its use by Youth Allowance and Newstart Allowance recipients, and to access the Unique Student Identifier. The digital identity system will also become a way of logging in to the myGov website, which now has over 15 million active users and is accessed about half a million times a day, based on this financial year’s average.

Keenan reiterated myGovID had been built with high standards of security and privacy in mind. “It is our utmost priority that people’s data is protected online, which is why we are designing and building the appropriate safeguards into the heart of the system at every stage of its development to ensure privacy and security remain paramount,” he said.

He acknowledged public confidence in the privacy and security standards of myGovID would be crucial to its success and said the DTA had received over 2000 comments on draft elements of the Trusted Digital Identity Framework during consultations last year.

“We have also undertaken Privacy Impact Assessments and made it absolutely and unequivocally clear that digital identity is an opt-in system only, driven by user demand.

“We are determined to get it right.”

Careful testing through a long trial process was crucial to meeting public expectations ahead of a full roll-out, the minister added.

Keenan also touched on various examples of improvements in digital government as well as the DTA’s work towards helping the Australian Public Service improve digital capability, collaboration, and innovation. The new Australian Digital Council had made “tremendous progress” in breaking down silos across the federation, he added, promising a “report of all signature data and digital initiatives underway across each jurisdiction” was on the way.

“This report will be released soon, and will show the progress we have made as a nation, as well and the enormous opportunities that exist for more national collaboration. It will be the first time that a comprehensive report of the data and digital transformation initiatives across the nation will be put together.”

The minister was at the Press Club to address members and guests of the DTA’s favourite industry lobby group, the Australian Information Industry Association, a year after it signed a memorandum of understanding with the agency.

“On the world stage Australia is now regarded as one of the leading countries in digital government,” he said, referring to international rankings like the biannual United Nations e-Government Index, which placed us second behind Denmark.

Keenan also issued new guidance on safe data sharing for government agencies, based on the popular “five safes” model, which has already been adopted by some agencies including the Australian Bureau of Statistics and its New Zealand counterpart.