No matter who wins the up-coming federal and state elections, new governments will try to put their stamp on the regulatory world they oversee.  Mark Pearson shares important factors to consider when contemplating regulatory change.

A good regulator is consistent, and consistency is a key consideration for in-coming governments.

Businesses and consumers can face additional costs from regulatory change that unsettles markets. This is not to say that change should not occur, but governments must consider how consistent proposed changes are with what is already in place.

The best available evidence — not instinct or gut feeling — must be the basis for any proposed changes. Incoming governments find it difficult to tackle the significant investigation required in anticipation of changes. However, unless this work is done, and done well, there is a high risk that the changes will not have the desired result.

The long term is what counts

A new government must carry out a comprehensive economic analysis before any new proposals are imposed. In a rush to assert control over regulators and market participants, new governments can overlook some of the usual discipline of good policy-making.

However, regulation is a long-term commitment, and changes shouldn’t be undertaken on the whim of the government. Where this happens, the market response is to incorporate additional risk into higher prices. Additionally, longer-term decision-making can be negatively affected. In their haste to make an impact, new governments may not consider the overall objectives of the regulatory framework. This may occur where ideological objectives are used to frame the changes — for example, support of trade or social measures that conflict with the existing regulatory regime.

Transparency is a must

Based on many years working in government regulatory agencies, I am convinced that a high level of transparency is imperative, especially if changes are significant, to underpin business and public confidence.

Governments must put the effort in to provide analysis and argument and get support from stakeholders, including the regulated entities. Otherwise, entities will have their confidence in the regulatory framework undermined and will resist poorly explained changes.

If this happens, they may not accept or implement the changes.

For the regulator, the framework it operates in develops and alters over time, and becomes embedded in the regulator’s cultural and decision-making structures. An agency’s ability to function breaks down when change is ill-conceived, and an agency may fail to perform if the processes they rely on to operate have been undermined.

Regulators must identify new performance measures to assess changes to the objectives or legal framework. Without these, it is next to impossible to determine if the changes are working. Existing measures may be fine, but, without new performance metrics, they may also provide a false view of the effectiveness of the regulator.

Harmonisation of regulation can be an important measure. Regulatory harmony assists trade and provides access to new markets. Import companies’ processes are eased where harmonisation lowers barriers. More so if the barriers are not based on necessary product standards.

Market forces must be taken into account when assessing new proposals. Advantages arise from a competitive landscape. Conversely, overriding market forces leads to intrusive regulations and to disadvantages.

There must be money in the pot

Finally, government-sponsored change must be reflected in the financial capacity of the regulator. If suggested changes demand additional resources for the regulator, appropriate funding must be provided.

Otherwise, the measures are doomed.

Mark Pearson is an expert in regulation, director of Ethos CRS, and former deputy chief executive officer of the Australian Competition and Consumer Commission. 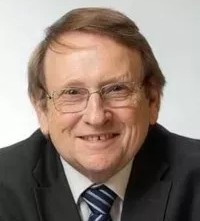