In the turbulence following the release of the Royal Commission into Misconduct in the Banking, Superannuation and Financial Services Industry’s final report, measuring culture has surfaced as a possible life raft for senior leaders. Unfortunately, it is proving, as it always has done, to be a slippery concept.

The Royal Commission was clear on the importance of culture: “Failings of organisational culture, governance arrangements and remuneration systems lie at the heart of much of the misconduct examined in this Commission.”

The lingering problem of measuring culture

Following the Royal Commission, culture has been in the spotlight with many experts all expressing their views on the subject. There has also been a new wave of ‘measurement experts’ unveiling the solution to measuring culture.

Synergy Audit Partner Phil Toole says we should be careful about rushing to a solution. Toole likes a line from the book Think Like a Freak. “The fact is that solving problems is hard. If a given problem still exists, you can bet that a lot of people have already come along and failed to solve it. Easy problems evaporate; it is the hard ones that linger.”

“Measuring culture is a problem that has been lingering for some time,” says Toole. “Are we measuring, auditing or evaluating culture? Knowing where we are starting is important to where we are going to finish,” he asks.

He says the post-Royal Commission commentary on culture has focused on measurement which seems to a narrow perspective and is not linked to an outcome. “Similarly, the Royal Commission focused heavily on the link between remuneration systems, culture and behaviour. I think this also limits our view on culture,” says Toole.

Toole says when he is working with government audit clients the question is, how do I assure the Secretary and senior management that the control and governance framework that is in place reduces the risk of failings identified in the Royal Commission?

“This is a different question from measurement. It is very practical and immediate. It is focused on the realities of providing assurance on the operation of controls and governance processes. Other clients are asking my colleagues working on workforce issues about measuring the effectiveness of strategies to shape culture. These are evaluation questions. They are closely related questions, but they are not the same. For me, clearly understanding the connections culture creates across our organisations. We need to be clear so that we measure, audit or evaluate the right things. Rushing to implement an audit, governance or workforce solution in isolation will not serve us well,” says Toole.

One of the lessons of the Royal Commission is that senior leaders have a rosy view of their organisation’s culture. The annual State of the Service report has made similar observations about the Australian Public Service (APS). The Senior Executive Services is often more positive than other APS employees. “While we have a lot of information on some aspects of organisational culture through employee surveys, however this information is not aligned with the audit standards regarding audit evidence, it also doesn’t fully help us to get an early indication of the failings identified by the Royal Commission,” says Toole.

Sally Dorsett and David Schmidtchen from Synergy’s People and Organisational Development practice are working closely with Toole to develop a more comprehensive and sensitive approach to auditing and evaluating organisational culture in government agencies and departments.

“Business units and small teams have a culture that can be at odds with the institutional culture. Culture forms around accepted behaviours and ways of working that are developed over time. New members of the team are then brought that way of working as the acceptable norm. To measure culture, we need to get underneath the obvious and easily observed at the local level,” says Dorsett.  “We also need to get beyond the simplistic notions that culture is this or it is not that. We are not really measuring culture at all. We are focused on behaviour that is consistent with achieving an outcome,” says Schmidtchen.

“We have developed and are continuing to refine a more complete approach by focusing on the way culture, governance, and audit can work together. But we need to anchor our approach on achieving organisational outcomes. We need to make sure the statements we make in our corporate plans about workforce, the way we work, and how that contributes to collective performance are more than, as Commissioner Hayne put it when referring to industry codes, ‘public relations puff’.

These provide the foundation for developing behavioural statements that we can measure, audit and evaluate. Without this, there will be a lot of measurement but nothing that helps us to identify whether we are at risk or whether our strategies are working. We will have no basis for improving,” says Toole.

If senior leaders should take one lesson from the findings of the Royal Commission, it is that there is no easy answer, quick win, or silver bullet that can be implemented to protect institutions from similar failings.

Synergy is committed to continuing to be a leading voice on culture, governance, risk and performance.

“We are hosting the Chairman of AMP, David Murray, on the 8th of May at the Realm. David is leading figure in the financial industry he will provide valuable insights for the APS. David will be joined by Ray Griggs who brings his experience in leading the implementation of the Department of Defence’s response to Child Sexual Abuse Royal Commission, and Carmel McGregor who has deep experience in working on workforce, culture and reform in the APS. They will be joined by my colleague Paulette Robinson who works daily with APS agencies on governance, performance, and the PGPA Act. This event is a fantastic opportunity to explore the questions of culture, governance and risk in the APS,” says Toole.

To register for Synergy’s Culture, Governance and Risk event where David Murray, AO, Chairman of AMP, will share his insights and view moving forward, email events@synergygroup.net.au. 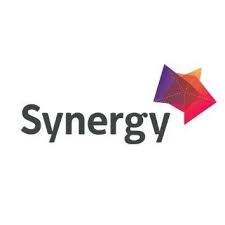