Soaring energy costs, an eye on sustainability and hefty taxpayer incentives have prompted millions of Australian households and businesses to install solar power in recent years.

In fact, Australians have installed more than two million solar systems under the small-scale renewable energy scheme, according to the Clean Energy Regulator.

It’s often called “going off the grid”, and there are plenty of reasons to think about making the switch, with research indicating small-business power bills have almost doubled in recent years.

But it’s not so easy — at least, not if you’re renting.

Businesses are going green in droves, he says, but commercial tenants require approval from their landlords, and not everyone is playing ball.

The problem has become so bad that Choice has actually stopped outreach to businesses renting their premises.

“There are some big property groups who own thousands of commercial properties and they’ve just got this blanket rule: you can’t put anything on the roof,” Dean tells SmartCompany.

“It’s the tenant who has the bill pain — [but landlords] don’t want the cost, because they aren’t getting the upfront benefit.”

Recent research commissioned by the Council of Small Businesses of Australia (COSBOA) identified the same issue, finding landlords remain one of the biggest roadblocks preventing businesses from going renewable.

Emmalene Port, managing director of Canberra-based hairdresser Eden Hair Energy, told researchers she was knocked back by her landlord when considering solar to address a double-digit increase in her power bills from the year prior.

Port complained a lack of incentive for landlords to help small businesses is holding back progress.

“As it is, they don’t have any interest, they’re not paying the electricity bills, they’re still getting rent, and it doesn’t affect them,” she said.

The stakes are high. The same report reveals upwards of 85% of small-business owners feel they’re unable to absorb any further increases in electricity prices this year and government policy is yet to offer a concrete solution to addressing electricity and gas undersupply.

“They’ve got to do something if even people peddling solar panels are giving up,” he tells SmartCompany.

COSBOA has recommended the government fund a resource for businesses renting their premises to promote energy-saving measures that don’t require approval from landlords.

Strong is also calling on state and territory governments to investigate ways of creating better transparency in commercial-leasing arrangements so tenants can more readily negotiate energy components of their leases.

Further, COSBOA has suggested state and territory governments could introduce better incentives, such as more taxpayer-funded subsidies, for landlords to promote upgrades that increase energy efficiency.

“I’ve been told this is an issue, small businesses don’t realise they can come to us and we could negotiate or mediate for them,” O’Connell tells SmartCompany.

“It’s tough in the retail space at the moment anyway, and you hear about these retail tenants who are struggling, and then also have rising energy bills.”

O’Connell says there are existing incentives for tenants and landlords to improve their energy efficiency, with loans for environmental works available through the Sustainable Australia Fund.

“If a property is leased then repayments can be split between landlords and a tenant,” O’Connell says.

Regulation a hurdle for landlords

Most of the large shopping centre landlords are in tune with the benefits of investing in solar power.

The likes of Dexus, Vicinity, GPT Group, Stockland and Charter Hall are all investing in renewable energy with their own large-scale projects, although tenants don’t always get access to the benefits.

For those looking to be proactive, issues are arising for landlords considering various regulatory barriers in approving requests for projects, including installing solar panels.

“To suggest there’s a landlord barrier would be simplistic and gloss over reality. There are regulatory, technical and safety issues that need to be properly considered, along with a dynamic policy environment,” he tells SmartCompany.

In one example that’s upset the solar industry recently, the Queensland government is preparing to adopt a new rule which will tighten regulation for solar panel installations, requiring a licensed electrician to mount, fix and remove solar panels on projects 100KW and above.

The regulations come into effect on May 13, and while endorsed on safety grounds by unions in the state, there is concern additional regulatory barriers will add to the costs of solar projects. 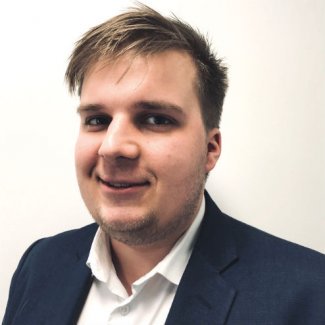