Why was Al Gore in Brisbane last week, and how did he manage to avoid the ‘hate coal/love coal’ discussion roiling around the public sector not just in Queensland but throughout the nation?

The 45th Vice-President of the United States, Nobel Peace Prize recipient, and creator of several documentaries and books is also the founder of a training and advocacy organisation called the Climate Reality Project.

The main purpose of his visit to Australia was to conduct climate change leadership training for this organisation for approximately 800 people from across Australia and the Pacific.

These people were mostly young, and included representatives from community, business and public sectors.

The three-day workshop aimed to train participants to be educators and take action with climate solutions, as the world moves to meet its commitments under the Paris Agreement.

Some of the topics that the group of 800 wrestled with were: growing clean economic opportunities, working across differences within the climate movement, taking action to create a changed environment, and hearing success stories from Climate Reality Project leaders.

While in Brisbane, V-P Gore also attended a couple of public events and gave a speech at a CEDA-sponsored lunch.

There, he spoke of his long-standing passion for education and effective communication on the urgency of climate change and the need for all sectors to contribute to a solution.

At times during his speech, he became not just passionate about his subject but raised his voice in frustration about setbacks and what he saw as vested interests deliberately blocking broadly agreed goals.

Here is an edited extract of some of the highlights from his speech.

I have been here for three days training a group of almost 800 new leaders on the issue of climate. The president of the Climate Reality Project, Ken Berlin, is here and one of our board members, Don Henry, who also works with the University of Melbourne Sustainability Institute, is a colleague and partner.

India just announced recently that it is going to require the legal phasing out of all internal combustion engines by 2030. Whether they follow through on that or not, remains to be seen. But there are many, many jurisdictions around the world, many countries and sub-national governments that are now prospectively banning internal combustion engines. Even in Germany, the birthplace of diesel, their largest cities, many of them are banning diesel engines from inside their cities. And auto manufacturers now — I actually don’t know of an exception — every large automobile manufacturer in the world is shifting to electric vehicles. Within less than two years. The cost of the drive, the power train, the central most expensive part of a vehicle for electric vehicles is going to fall lower in price than the power train for internal combustion engines. It is really an amount of change that is, I think, quite literally unprecedented.

One of the largest utilities in Florida has just announced it is closing two huge natural gas burning, electric generating plants replacing it with a solar farm, coupled with a new battery, that’s four times larger than the world record holding battery in South Australia. Within three years LEDs are going to account for 95% of all of the new lighting purchased in the world.

Within five years, more than 50% of all of the buses in the world are going to be electric buses. We’ve seen the decoupling of GDP, and electricity or energy consumption. It’s clear that our world is now in the early stages of a sustainability revolution, based in part on new digital capacities and tools, like machine learning and artificial intelligence and the Internet of Things. And it’s empowering the executive teams of many businesses and industries to manage electrons and molecules and atoms and genes with the same skill and precision that the IT companies have demonstrated and are managing bits of information. This sustainability revolution apparently has the magnitude of the Industrial Revolution, but the speed of the digital revolution. It is literally unprecedented. One quick example: Google. When I went into the business world after leaving the White House involuntarily in 2001. [audience laughter]

I mean, my attitude is you win some, you lose some. And then there’s that little known third category. In any case. When I was invited to come and work with Google I was happy about that later on at the time, too. But just to give you one example, they have used to their new artificial intelligence company DeepMind to reduce energy consumption, and their server farms. Google has the largest server farms of any company in the world. So they also have a lot of data about how those server farms have been operating for many years, the structured data, so they have an advantage there. But they applied artificial intelligence, this story is not well known. But here is the result: with no new hardware, simply the application of artificial intelligence, they have reduced the energy consumption of those server farms by 60%.

There are examples across so many sectors of business and industry, where inefficiencies that we’ve always accepted and taken for granted, can now be identified precisely and pushed away. So energy demand is being reduced quite significantly, even as the new sources of energy in solar and wind are rising up to be a part of this sustainability revolution. The exponential growth of renewable energy at the global level is really at a tipping point. 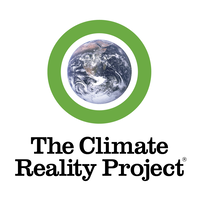 Rudy Dornbusch, the great economist and a friend of mine has a saying: Things take longer to happen than you think they will. But then they happen much faster than you thought they could. That’s what we’re seeing now.

As human beings, we have the capacity to see dangers when they’re obvious and react to protect our civilization, our children, our grandchildren. But worldwide, emissions are going back up again. You know, the sky is not a vast and limitless expanse. It’s a very thin shell surrounding the planet. If you could drive an automobile at highway speeds straight up in the air, you get to the top of the sky in five or 10 minutes to the layer where you can’t breathe anymore and where the greenhouse gases accumulate. And we’re using that thin shell of atmosphere as an open sewer for the gaseous waste of our civilization. And we’re spewing 110 million tonnes every day of this gaseous waste into that thin shell of atmosphere and it stays there for 1000 years on average.

Who are we as human beings? A scientist once said to me, ‘what we’re engaged in, Al, is an experiment to see if the combination of an opposable thumb and a neocortex is a viable combination on this planet’. I refuse to believe that we as human beings are destined to preside over our own destruction, I choose to believe and I do believe in my heart, that we have the capacity to rise above our limitations. And to choose a course that saves our future.

It’s a difficult transition period. But Ladies and gentlemen, the opportunities are fantastic. The Bureau of Labor Statistics in my country just had another report — consistent with last year’s report — the fastest growing job in the United States of America is solar installer. That job is growing six times faster than average job growth. The second fastest growing job is wind turbine technician. The jobs and retrofitting buildings and improving efficiency and reducing energy demand in creating and installing LEDs, these jobs are the ones that are growing. The young people in my country and in Australia are demanding a better future.

Businesses hiring the brightest and best young women and men coming out of universities are hearing young people say, ‘okay, what are your values? If I go to work for you, I want a good wage for sure. But I want to be able to tell my mates my peers, my family, my friends, that I’m part of something more than just making money. And what I’m hearing from the business community in Australia, often in public, but even more in private is that they get it.

There are only three questions left about the climate crisis. Do we really have to change? The evidence is pretty clear. (I’ve mentioned many of the examples though I didn’t mention the Great Barrier Reef yet.) Can we change, equally important? Sometimes in life, you have to change but you don’t have the ability — that’s a formula for depression. But that’s not the case we are facing now. We can change, we have the tools available to us. The third and final question, the most important is: will we change?

Peter Debus is The Mandarin’s Public Sector Director. Peter was most recently Director of Strategic Collaboration and Relationship Management at ANZSOG. Before joining ANZSOG, he was a publishing director at both Macmillan Publishers and Cambridge University Press.