With its official cash rate now expected to fall below 1%, it is increasingly likely the Reserve Bank will have to change its monetary policy instrument from interest rates to outright asset purchases, also known as quantitative easing or QE.

If the US experience with QE is any guide, the Reserve Bank can then expect criticism from politicians and others who misunderstand how monetary policy works.

Many of the myths about QE in the US have migrated to Australia and are now being heard from Australian politicians.

According to Liberal Party backbencher and Chair of the House Economics Committee, Tim Wilson, quantitative easing is “unnecessary, economically dangerous and morally wrong.” Wilson says “it is theft from the future, from the poor to prop up the rich.”

The first is that QE necessarily represents ‘easy’ monetary policy. In fact, QE is simply a change in policy instrument. Outright asset purchases by the central bank do not imply anything about the effective stance of monetary policy.

The same is true of low official interest rates. As Milton Friedman argued over 50 years, low interest rates are often an indication that inflation is too low and monetary policy is too tight.

By the same token, high interest rates are often an indication that inflation is running too high and monetary policy is too loose.

The reason the US experienced an extended period of very low interest rates following the financial crisis of 2008 was not because monetary policy was easy, but because it was too slow to respond to the crisis. The slow and drawn-out recovery was largely due to monetary policy being insufficiently accommodative. Low interest rates and QE were a symptom of a Fed that was not activist enough.

The second misconception about QE is that it helps the rich at the expense of the poor by raising asset prices.

Asset prices are one of the main transmission mechanisms from monetary policy to the rest of the economy, regardless of whether the central bank is using official interest rates or asset purchases.

However, central banks cannot raise asset prices independently of economic fundamentals. If asset prices rise in response to reductions in interest rates, it is because economic conditions are expected to improve.

In the US, QE episodes were associated with rising long-term interest rates because markets correctly saw that QE improved the outlook for economic growth and inflation.

The fact that stocks, house prices and other asset prices respond positively to measures designed to ease monetary policy and improve the economic outlook is not a distortion of markets, it is precisely how monetary policy is supposed to work.

While these assets are often disproportionately held by those on higher incomes and the wealthy, the benefits of an improving economic outlook are far more important and widely shared.

It is contractionary monetary policy that is bad for inequality because of its depressing effect on the economy. Studies of QE in the UK and the euro zone confirm that it helped reduce inequality by lowering unemployment and improving wages.

Low interest rates are no doubt unwelcome to retirees and others living on interest income, but interest rates in Australia and the US have been low because monetary policy has been doing too little not because it is doing too much.

Some commentators have gone so far as to blame QE for the rise of populist politics. Fund manager David McWilliams claims that former Federal Reserve Chair Ben Bernanke is the political and philosophical father of left-wing Congresswoman Alexandria-Ocasio Cortez and ‘millennial socialism.’

The failure of the Fed and RBA to meet their inflation targets in recent years has undermined the credibility of monetary policy, leading to calls for more interventionist policies to address the consequences of weak nominal spending.

In Australia, the labour movement has demanded a return to non-market wages policies, while many are calling for the more aggressive use of fiscal policy in the mistaken belief monetary policy is ineffective or constrained at low interest rates.

As US economist Scott Sumner has suggested, the critics of QE on the right can either reconcile themselves to a little more inflation or more socialism. The latter is presumably not the future Tim Wilson wants.

Dr Stephen Kirchner is Program Director, Trade and Investment, United States Studies Centre at the University of Sydney. His report, Lessons from Quantitative Easing in the United States: A Guide for Australian Policymakers, is released on 18 June. 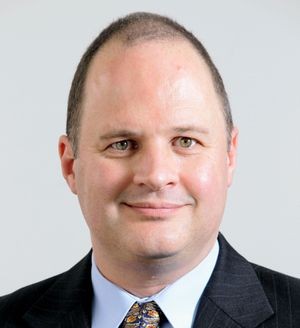