Adrian Turner is the chief executive of Data61. He took on the role in 2015 after 18 years in Silicon Valley, where he was a co-founder and the CEO of Mocana, and the entity officially took flight in mid-2016. He also co-chairs the Australia Cyber Security Growth Centre (AustCyber) and sits on the Australian eHealth Research Centre board, the World Economic Forum Global Future Council on Digital Economy, and the Genomics Health Futures Mission Steering Committee.

“It’s been an intense three years,” he tells Mandarin Premium.

Data61 was created after the independent research body NICTA merged with the CSIRO’s Digital Productivity Flagship. Several months were spent considering whether the new entity should remain part of the larger scientific body, according to Turner. Since Data61 was to focus on applied data science, it seemed like a good idea to stay connected to CSIRO’s domain-expertise from years of applying science to specific industries.

“But we concluded that to succeed, we’d need to have a license to operate differently than other parts of CSIRO, recognising the speed that the digital and data science market is moving with, and also the intense competition for talent.”

Recasting the new group as a “data innovation network” was one thing they did differently.

“And the thinking there is if we build a network that allows us to, with porous boundaries, move third-party teams into helping us with projects and programs, that we would be able to tackle larger-scale, multi-disciplinary work in a way that we couldn’t if it was just us and and our employees.”

The research network involves about 1100 people. Through a collaboration agreement with 32 universities, it involves roughly as many students, research affiliates and “contributed staff” as full-time Data61 employees. It works closely with the Australian National University in a range of fields and co-founded its Autonomy, Agency and Assurance Institute (3Ai) in 2017, with Professor Genevieve Bell.

“We teamed up with the ANU and were in discussions with Genevieve while she was still over in the US and pulled together a joint proposition for her to come back into the country that was a combination of being a part of the ANU so that she can develop curriculum, which is important to Genevieve and what she’s trying to achieve, but also have access to the Data61 research network to be able to test some of those ideas,” Turner says. “That, I think, is a pretty powerful combination.”

The kind of AI that now exists is likely to have profound impact on society through continuous advances in processing power, data storage capacity and analytical software that can learn.

“Think of AI as … the ability for a system to make decisions without humans in the loop, and to make predictions about the future, get the ground-truth data of the outcome and then modify itself without human intervention, to improve.”

There’s optimisation tasks – finding the best of many slightly different ways to skin the cat – and deep learning, based on neural networks broadly inspired by how the brain works. This enables automatic image classification, natural language processing and facial recognition systems. In this way computer software can increasingly interpret human language or visual information. Combined with vehicles or advanced robotics, there is both a lot of potential and a lot that could go wrong.

“I think the technology can be applied to either do what’s done today, but do it faster and cheaper and more efficiently,” says Turner, “or the way more interesting path is to unlock new value and do things that couldn’t be done before.”

He stresses that these raw technical capabilities must be combined with domain-expertise in whatever sector they are applied, such as government, health, or agriculture.

“Then it is fundamentally about data. It’s about accessing enough volume of data to be able to train these systems. And this is where I think Australia has got to step up strategy around creating multilateral data-sharing agreements. We’re too small of a country to be generating the datasets to train these systems, when you look at the US or China or the EU; they’re likely to be able to access larger-scale data sets.”

Turner emphasises the importance of sound data management and security in all these endeavours. Privacy and anonymity of personal information in large datasets must be maintained. AI is also only the illusion of intelligence; these systems are shaped by the data they analyse and can be caught short by the limitations of that information. They can also be deliberately led astray.

“One of the things to be wary of is data provenance and the quality of data, and there’s a thing called data poisoning – feeding algorithms bad data. If you feed them bad data, they’ll arrive at the wrong answer.”

In June, Data61 researchers presented new ways to “vaccinate” machine learning algorithms so they are less vulnerable to these attacks, which have been repeatedly demonstrated. The agency’s machine learning group leader Richard Nock gave the example of an image processing system being tricked into thinking a stop sign was actually a speed sign. His team demonstrated that by introducing “a weak version of an adversary” to the AI using small modifications and distortions in the data, the algorithm could become harder to fool.

“The new techniques against adversarial attacks developed at Data61 will spark a new line of machine learning research and ensure the positive use of transformative AI technologies,” Turner said at the time.

Data security is obviously a major issue looming over everything data-related. He breaks this down into three broad areas of risk: what is required is the ability to maintain data confidentiality, availability and integrity.

“The insidious one is the integrity, or the manipulation, because if you’re making automated decisions, and you can’t trust the underlying data, then you can’t automate with confidence. And that, we think, is increasingly going to be a big deal. Being able to do privacy-preserving machine learning and analytics is critically important. Ethics is also really important, and not just in the abstract, but developing tools that visualise the ethical trade-offs being made in a decision or in a system.”

Tools like this aim to make it easy for organisations to clearly see what they are doing when they unleash AI so they can make conscious decisions, which could also aid accountability. Some former Data61 staff are working on this through the Gradient Institute, a not-for-profit research body they established in partnership with their former employer. This leads Turner to another big issue, which is also a key area of study at the ANU’s 3A Institute. How much agency or independence should AI have? In what circumstances should autonomous systems make decisions for people, and where does responsibility lie?

“There needs to be transparency into the way these algorithms work and make decisions, especially if a decision is going to be challenged. And these decisions need to be contestable, if they’re impacting people’s lives, and there needs to be accountability for the entities that sit behind these algorithms. It’s not going to be good enough to say, ‘That algorithm modified itself and made a decision that was outside of our control.’ I think entities that use them have to be accountable for the actions of the automated decision making and the algorithms.”

Turner sees Australia “at a critical juncture” in terms of the transition to a digital economy, lagging behind its OECD peers in the innovation race.

“And if we can close that gap in the next decade, that’s a $315 billion GDP-gain for the country. So that’s what we’re trying to do. We’re trying to help the country close that gap, and seed new industries. As we migrate away from commodities and resources into new industries, we have to seed them from Australia. We can’t just take global ideas and use them domestically, because they’re inherently platforms and there’s global scale-advantages; we just won’t compete.”

The Data61 CEO says he is also very focused on understanding “the underlying networks and network effects and the underlying economic structures of these new data-driven industries and businesses” but he thinks Australian industry leaders generally have a lot of catching up to do.

“They don’t have enough of a grasp on how the economics are changing underneath them, and their industry boundaries are blurring.”

The agency has done about 600 projects in three years and its work goes well beyond cutting-edge research and industrial applications of data science. It is playing a lead role in developing a national Artificial Intelligence Roadmap and Ethics Framework, has advised on standards for consumer data rights, and works with Vietnam’s Ministry of Science and Technology to help it steer the digital sector of the nation’s burgenoning economy as part of the $10 million Aus4Innovation program. The Data61 research network model was used as a best-practice case study by the OECD’s innovation and technology group.

“Where do we go from here? … I think we have the potential here to create a new model, a new global network, from Australia, where we link into the best and brightest around the world, and we assemble teams across institutions to solve not only Australia’s but some of the world’s emerging challenges, whether it’s energy, climate, food security, biosecurity, and we do so with a view to seeding new industry for Australia, for national benefit.”

Turner says Data61 is currently reviewing its strategy right now and considering whether the original assumptions are still valid as it looks ahead to the next five years.

“I sense a lot of urgency, when we talk with others around the world. It’s easy not to have that sense of urgency. You know, we’re a beautiful country, we’re feeling pretty comfortable economically, but I worry for the future if we don’t get to move on, and if we don’t pay more attention to these underlying data economics and the implications for our industries, and for the country. We need to get a move on.”

He overflows with pride in what Data61 has achieved so far and it sounds like he has found a new calling in a unique role that could only exist in the public sector. 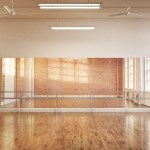 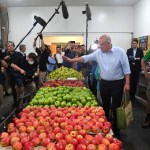 Election 2022: Policies need to stay in their lane 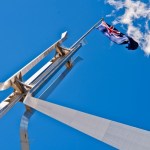 The Briefing: Australia braces for double-whammy of JobSeeker returning to $40 per day and an end to eviction moratoriums 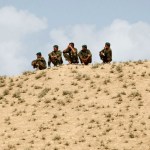 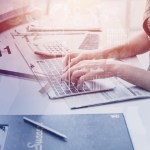 No government department is free from sexual harassment. Five ideas for tackling it in the public sector