Ronald Reagan famously remarked that the nine most terrifying words in the English language are “I’m from the government and I’m here to help.”

The fact the joke still works shows how little our view of government has shifted since 1986 when Reagan first said those words. If anything, the pursuit of New Public Management in the intervening period has helped to solidify the view that good government is about command-and-control, albeit with the help of modern management techniques. “I’m from the government, I’m here to help and I’ve brought some Key Performance Indicators.”

But now a new vision of government is emerging that will flip Reagan’s quip. From Australia to Illinois, there is a growing recognition that to achieve the best results, governments should recognise the limits of their knowledge and share power with those better placed to promote positive change.

At the Centre for Public Impact, we’ve been speaking to government pioneers around the world and have identified four patterns of behaviour that are reshaping the role of the State.

First, the concept of subsidiarity: the idea that decision-making should be placed at the lowest appropriate level. This means putting decisions into the hands of people or organisations with the greatest knowledge of an issue and helping them exercise this power as effectively as possible.

Second, the importance of embracing human complexity and diversity. Rather than seeking plain vanilla solutions with the “average” citizen in mind, we need more bespoke approaches, which require deep and trusted relationships — and handing individuals the power to shape services to their needs.

Third, exploring new forms of accountability. At its heart, accountability is about asking people to account for their actions. This requires far more local and participatory forms of decision-making than traditional line-management allows.

Fourth, technocratic solutionism is being replaced with a culture of continuous learning within teams and across different organisations. This implies a greater comfort with experimentation as well as recognising that failure is a necessary part of any learning system.

Together, these trends describe what we are calling the The Shared Power Principle and we believe they offer a very different vision for effective government than the managerialism of recent years.

There are many important examples of how shared power is being exercised in this region — from place-based solutions in Tasmania to Victoria to major policy initiatives in New Zealand like the Wellbeing budget and Zero Carbon Bill –but the one we touch on in our recent discussion paper is an especially strong example of the fourth pattern around creating a culture of continuous learning.

Victoria’s public school system underwent a radical transformation in 2003. The system, which consisted of more than 1,600 schools, 40,000 teachers and 500,000 students was already highly decentralised — giving schools freedom to make many key decisions independently, but there was a widely held view that there needed to be a cultural change around teachers’ performance and development (P&D). The Minister of Education was keen to achieve that culture change in a way that respected the right of each school to determine how that new culture will be developed in their school. The centre of government provided the supporting environment: it laid out the evidence, provided a clear sense of shared purpose by describing five criteria essential to a strong P&D culture and encouraged local innovation by giving teachers the freedom to design an approach to a P&D culture that suited their particular circumstances. The result has been the creation of an environment that focuses on continuous learning and development, rather than delivery alone.

Even Tony Blair, who perhaps did more than anyone to promote “deliverology” and top-down control in public services now argues that “governments must be more experimental and decentralising, empowering teams across the public sector – who are often best placed to know what needs to be done – to set and achieve their own goals.” The good news is that Blair’s vision for the future of government is already a reality in pockets here and there so we know it does work. We now need to put in the hard work required to make that change systemic.

If successful, and we are able to transform the prevailing mindset about the role of government, Reagan’s phrase will no longer be a joke but a powerful call to action. If power is truly distributed, government’s role inevitably shifts from one of controller to enabler – helping to create the conditions from which good outcomes are more likely to emerge.

“I’m from the government, and I’m here to help”. The nine most empowering words in the English language.

This article originally appeared on the CPI website, and is reposted here with CPI’s permission 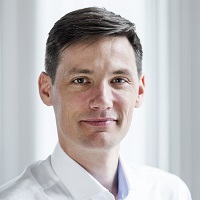