“You go into politics to make a difference and it often feels intangible- this moment changed that,” she told news.com.au.

The first woman to breastfeed her child while passing a motion before the senate, Senator Waters made headlines around the world in 2017 with her simple act of motherhood.

“From a mum’s perspective, breastfeeding is very normal and uneventful,” she says. “But symbolically, given that no one else had done it, it demonstrated that women belong in parliament, that we’re amazing multi-taskers, and with support, can juggle parenthood. In the moment, I didn’t think it would make such an impact. But I’m very proud a single act has encouraged other women.”

Earlier this year Danish politician Mette Abildgaard had to take her five month old daughter to work when her husband couldn’t look after her.

Pia Kjaersgaard, parliament speaker (and fellow woman) passed her a note reading “you are not welcome with your baby in the parliament’s chamber”.

New Zealand politician Trevor Mallard has been heavily criticised for bottle-feeding the baby of fellow parliamentarian Tamata Coffey while presiding over the House of Representatives just last month.

“The culture of politics is very blokey, aggressive, egotistical, it’s very showy,” Senator Waters said. “It’s pretty gross really. Normal ordinary people look at it and think ‘why would I want to subject myself to that?’ Or, ‘there’s not many people like me in there.”

Senator Waters is the co-deputy leader of the Australian Greens and Greens spokesperson for Women, Democracy, Mining & Resources, Tourism and Gambling. This isn’t the only time she’s refused to bow to patriarchy.

Leyonhjelm  proceeded to ask whether there were “any instances where your office could be seen to be improving the lives of Australian women at the expense of men?”

“I don’t believe so,” a slightly incredulous Bergin replied.

Waters is currently campaigning for wolf-whistling and lewd comments to be banned as part of the Greens push to address public harassment of women.

“It starts with catcalling, and if that’s not discouraged or even encouraged by a peer group, which often happens, those cultural norms get reinforced and the mentality leads to gender inequality, objectification of women, and violence,” Waters said.

The Senator has also been an advocate for a real-time count of women killed by violence to be published daily.

“It is a statistic that should be published widely, daily, so that no one can forget the desperate need for a cultural change in our society that puts a stop to violence once and for all,” Senator Waters said.

First elected to the Senate 2010, Waters has been one of Queensland’s progressive voices for almost a decade.

Her career was temporarily interrupted in 2017, a victim of section 44 after discovering she was a dual Canadian citizen. After a 12 month break, she won back the position. Her advocacy led to the reversal of harsh cuts by the Liberal Government to domestic violence services and the scraping of the tampon tax in 2018.

She’s passionate about showing young women they have a place in parliament and, this year, Waters won the Australian State Award for Excellence in Women’s Leadership for Queensland.

“You can’t be, what you can’t see. Unless we can show politics can be a viable option for young women you’ll never fix it. It’s a vicious circle.”

Senator Larissa Waters is speaking at the 8th Public Sector Women in Leadership Summit, running from 18 – 22 November 2019 in Canberra. The summit brings together some of Australia’s foremost Public Sector leaders including the Hon Julie Bishop, Former Premier of Queensland the Hon Anna Bligh AC, and Senator for NSW Deborah O’Neill.

Attendees will explore strategies to promote progress and advancement for the next generation of female leaders. 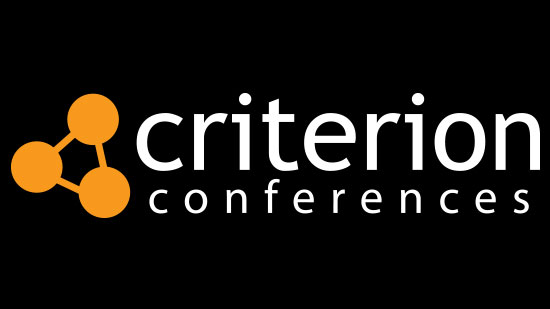 We research and design each conference to inspire, motivate and enrich your knowledge. When you attend our conferences you gain access to inspiration and ideas to empower leadership and drive positive change in your organisations.