The Australian marketplace for executives who are hired on an interim basis is growing exponentially. The macro trends of a rising contingent workforce and demographic shifts as baby boomers hit what was once retirement age have changed the game.

Watermark International is the largest supplier of executive interim talent in Australia. Our annual survey, which provides the preeminent data for Australia, shows year on year growth of companies engaging interim executives as a business strategy.

The Australian market is on a path to ‘catch up’ to other OECD countries who have embraced this as a way to do business. The shift has been building for many years but took off when the global financial crisis hit and companies had to restructure to remain viable.

Australia was largely unaffected by the crisis so the majority of companies didn’t have to change their organisation strategy and structure as rapidly as organisations in other countries. For this reason, Australia is behind the curve on the executive level interim market but is certainly playing catch up now.

According to Booz Allen Hamilton, the UK market for interim managers is one of the best developed, accounting for as much as $1.8 billion in revenue and across Europe, annual growth in the market for interim executives has been over 20%.

Companies are embracing interim executives to tap into highly qualified professionals on an ‘as needs’ basis. According to Workforce 2020, a study conducted by Oxford Economics, 83% of executives indicate they’re increasingly using contingent workers at any time, on an ongoing basis. A lean corporate structure means many businesses do not have spare capacity or capability within their teams.

They want to be able to bring in people who have proven experience of a business challenge they are addressing. For example, an organisation might want to expand into a different market and bringing in someone who has done this before, maybe several times for other organisations allows them to buy in the experience. The pace of business is ever increasing, and new ideas and innovation need to be bought to market with speed and precision.

Experience and capabilities on tap

Scenarios when an organisation might need an interim executive include a sudden departure of an executive whose function is business critical or an internal promotion where the successor is not quite ready to step into the role.

Sometimes the Board or executive are planning on a near term restructure and need to bring in someone at a higher level than the ongoing job to help with the restructure. Once that work is done the role reverts back to business as usual role where the right person is a different skill level.

The demand from our clients across Australia is strong in health, utilities, government and education. These clients see the benefit of bringing in expertise to the business at short notice to deliver a defined outcome.

So, who wants to work as a contingent worker?

There is a growing cohort of people who are expressing interest in interim roles. The demographic shift of baby boomers to an age that traditionally saw them exit the market and deciding to reconsider has created a new talent pool available for interim executive roles.

This interim executive group is building a portfolio of work from different sources that might include a consultancy, Board roles and complimenting that with an interim role. This group states that they are at the stage of life where they don’t have to work – they choose to work. For many, the kids have grown, mortgage is under control and they might not be the only breadwinner in the family. They are choosing projects that align with their purpose and passion and allow them to work more on their terms.

Back in 2012, Jody Greenstone Miller & Matt Miller wrote in the Harvard Business Review a seminal article “The Rise of the Super Temp” that predicted “the best executive or professional jobs may no longer be full time gigs”.

Watermark Interim is the preeminent provider of interim executives in Australia for companies looking to access the best executive talent on an interim or on-demand basis. We have the largest database of Portfolio Professionals who choose this way of working. Australia is in catch up mode in relation to an interim executives marketplace, but the concept is welcomed by decision makers, the supply side is strong and all signs suggests a surge in demand for the executive interim market in Australia. 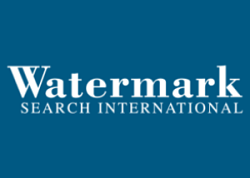 Founded in 1979, we are one of the longest established Australian executive search firms. We have considerable expertise in senior executive appointments across a broad range of public and private sector organisations. Despite the fact that we are, above all else, an Australian based firm we have an established track record in attracting, and then securing, candidates from overseas. We guarantee the quality of our work and are extremely proud of our candidate retention rate of 91.2% after two years.