There’s an expectation of inquiries that their findings and recommendations will become statutory, bringing a new order of efficiency, accountability, and conspicuous service to ministers, parliamentarians, and the public. Oh, that’s so seldom the case! John Nethercote explains all.

In light of the pending publication of the Thodey review, it’s worth reflecting on the place and contribution of bodies such as the ad hoc team headed by David Thodey (a former Telstra CEO) into the development of public services.

Such bodies have an established place in western democracies. US president Herbert Hoover experienced two commissions into his government in the decade following the Second World War, while Whitehall (Westminster) used to say that a review by an ad hoc external body is a once-in-a-generation part of the system.

Whitehall had good reason to cite this claim, with four reviews between 1900 and 1968: MacDonnell, 1912-15 (royal commission); Tomlin, 1930-31 (royal commission); Priestley, 1953-55 (royal commission); and Fulton, 1966-68. In a formal sense, however, periodical reviews of this character have fallen into disuse. No comparable opinion has held sway in the major Westminster dominions, and there has certainly not been a procession of comparable ad hoc inquiries in any.

There’s an expectation with inquiries — especially royal commissions — that upon their return from the summits of bureaucratic mountains with tablets of stone on which (they hope) eternal truths have been engraved, their findings, conclusions, and recommendations will be embedded in statute, bringing a new order of efficiency, accountability, and conspicuous service to ministers, parliamentarians, and the public.

As it happens, there is hardly a major case in Westminster governance of that outcome being realised, and definitely not with any matter of major importance. The proposals of royal commissions and other public inquiries have always had to proceed through gutting paths of scrutiny and examination on the way to ministerial approval, adoption, and/or legislation.

In Australia, the main exception to this fate was the little-known Administrative Review Committee, 1975-76, headed by the redoubtable Sir Henry Bland. Its reports took the form of cabinet submissions signed by Bland himself and brought forward in the name of the prime minister, one Malcolm Fraser.

Otherwise, reports of ad hoc bodies have been the subject of much deliberation and due process. The particular advantage of due process is entrenchment, without which even worthy measures lose legitimacy and longevity — as was largely the fate of Bland’s robust ruminations.

“It’s a challenge to identify the particular contribution that ad hoc inquiries make.”

It’s a challenge to identify the particular contribution that ad hoc inquiries make. What can be said with certainty is that throughout the Westminster world it’s rare for such inquiries to be the architect of significant change or reform. In cases where they have been, or go on to become, change agents, they’re typically leveraging preceding prophets of more formidable presence.

In such situations the ad hoc body serves the by no means unimportant function of mediation — refining a compelling idea, adapting it to particular circumstances, and giving pointers to plausible modes of adoption.

In Australian public service, the Boyer report is a major example of a consequential review few other ad hoc committees have been able to emulate. Its main recommendations concerned graduate recruitment to the general administrative ranks —  which had long been urged by a range of people, most notably by Professor Robert Parker, a member of the committee.

Ironically, the committee’s particular take on the question (and not supported by Parker) was creation of a graduate cadre similar in concept to the then Administrative Class in the UK Home Civil Service. This very elitist approach did not prosper under the due process guided by Trade department head Sir John Crawford. It was a lucky escape, and one with which Parker himself was completely relaxed.

The essential success of the Boyer committee owed much to:

At the same time, arbitration outcomes regarding recognition of educational qualifications in salary negotiations played an essential part in embedding important elements of the renewed personnel-management structure — not in legislation but in industrial determinations.

The fate of the Boyer recommendations powerfully underlines the many bases to be covered even when a report — the tablet of stone — embodies particular wisdom and enjoys general support.

In the APS, implementation of major report proposals is usually overseen by special administrative measures like the ones led by Crawford with Boyer. The Coombs report and the later, more specific document of the Review of Commonwealth Administration (1982-83) (RCA) were both carried forward by special teams of officials.

In the case of Coombs, an administrative unit was established in the Department of the Prime Minister and Cabinet under Tony Ayers, later head of several departments.

It fell to a task force under Roger Beale (subsequently a department head) to take forward from parliamentary and party sources the RCA report and related documents.

Similar arrangements mark the history of comparable bodies elsewhere. For instance, major restructuring of the Canadian public service in the mid-1960s was entrusted to a Bureau of Government Organization, but only after further investigation into public sector staff relations — which the Glassco royal commission had not covered.

External observers frequently note that the recommendations of ad hoc bodies take time to implement (if implemented at all). It’s odd that this should puzzle observers. Major reviews usually work on the basis that their remit is to prepare an agenda that will have a life of three or more years, not a simple list that can be dealt within a few weeks or a couple of months.

Sir Geoffrey Vickers, one of the wisest of all writers in this field, is very clear about this in his classic study, The Art of  Judgment (1965). He contended that:

“Royal commissions and similar bodies … are appointed not merely or even primarily to recommend action but to ‘appreciate a situation.’ By exposing what they regard as the relevant facts and their own value judgments thereon and the processes whereby they have reached their conclusions, they provide the authority which appointed them and also all who read their report with a common basis for forming their own appreciations and, it is to be hoped, with a model of what an appreciation should be.

“They are thus not only analytic but catalytic …”

This is not necessarily the case with committees expressly commissioned simply to sort out ideas already in the public domain. The McLeod committee, assembled in the 1990s to provide advice about new public service legislation in light of all the activity of the previous few decades, is an instructive instance of this use of an ad hoc committee.

Most instances of major reform, perhaps especially those of Sir Charles Trevelyan in the middle decades of the 19th century, entail years of investigation and work. A case in which a wide-ranging task has been disposed of in a year or two would be hard for even a well-informed historian to find; there may well of course be some of more restricted scope; it would be surprising if there were not!

A central factor in the effectiveness of an ad hoc inquiry is that it should be (for a time) the focus and forum of both the work of review and of informed public discussion and debate.

In particular, it should be an occasion when the public service chieftains and others involved in the direction of government give serious thought to the aims, purposes, and character of administration. In the case of the Thodey review, there is little public evidence that this has been so.

Major agencies, apparently including — strangely — the Australian Public Service Commission, do not seem to have made submissions. As the specialist agency with responsibility in this field, the APS’s appraisal of the condition of the public service is of great importance, first in assisting the inquiry body in its own thinking, and second, in preparation for guiding policy and practice in the wake of whatever emerges as a consequence of the inquiry’s own deliberations and investigations.

A significant weapon in the armoury of the traditional inquiry were public hearings (the utility of which has been much in evidence in the recent round of royal commissions). As forums in which views and arguments were elucidated, debated, and tested, they were highly instrumental in informing and shaping the opinions of both the public and the public services in the formulation of plans and preparation of the institution for implementation.

The current fad of various controlled devices such as surveys and focus groups bring virtually no such benefit — their yield is too much an assemblage of jargon and clichés. The value of these devices is unproven.

Another strength of the traditional inquiry was production of wide-ranging research, sometimes contained in the body of the report. In an era whereby evidence-based policy-making is so much trumpeted, these latest inquiries have been conspicuously parsimonious on the research front.

Thodey’s investigation has been supported by some papers by staff of the Australia and New Zealand School of Government but the quality has been disappointingly variable. Unless the report itself is accompanied by supporting volumes with some top quality papers, this will amount to a lost opportunity at a time when a comprehensive study of the public service is long overdue.

One more matter: It will be a revealing test of contemporary public administration to see if the upcoming report has an informative and detailed account of the review’s own proceedings and financing. No such information was provided concerning the Rudd government’s Ahead of the Game exercise a decade ago. When questions on these matters have been raised with appropriate authorities (as they have been), the response has been negative!

There is now a highly relevant question: when it comes to reviewing a public service, have these expensive, largely secretive, consultancy-style mechanisms proved themselves? Has the public received value for money?

Presumably we will know in the next few weeks. 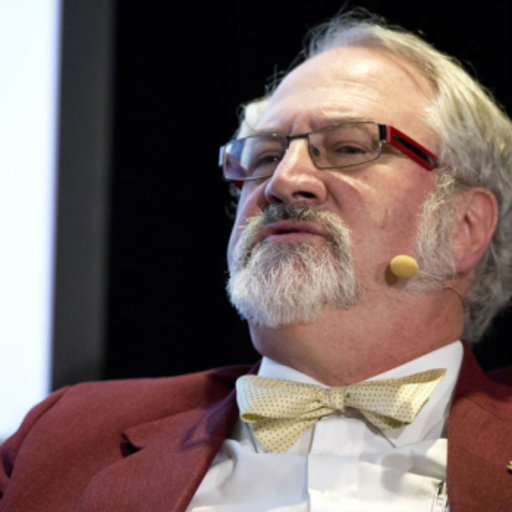 J.R. Nethercote is an adjunct professor at the Canberra campus of Australian Catholic University. Some of his notable government roles have included staff member of the royal commission on Australian government administration, 1974-76; joint editor, Reforming Australian Government – the Coombs Commission and Beyond (1976). He has also worked for the Public Service Commission of Canada on reports of royal commission on financial administration and accountability (1979) and the Special Committee on Personnel Management and the Merit Principle (1979).