Data from the Australian Public Sector Database shows a steady long-term decline in the number and proportion of people with disability in the Commonwealth public sector. One APS narrative is that the problem is not as big as it seems — non-disclosure of disability is more of a problem than a lack of representation. It becomes too easy to use such statements as a means of shifting responsibility for failures in public sector disability employment policy, writes Paul Williamson.

The Commonwealth government acknowledges that the public sector has an important role to play in providing employment opportunities for people with disability, also recognising the benefits of having a diverse workforce that is representative of the community it serves.

Australia has also ratified an international convention, the United Nations Convention on the Rights of People with Disability — part of which (Article 27) commits the government to providing employment opportunities for people with disability in its own workforce.

There is a narrative in parts of the Australian Public Service (APS) that the problem is not as big as it seems — non-disclosure of disability being cited as more of a problem than a lack of representation. The issue with this is that it becomes too easy to use statements like ‘there are plenty of people with disability here, they just don’t disclose’ as a way of shifting responsibility for failures in public sector disability employment policy.

Other groups targeted to increase ‘diversity’ and address a history of social exclusion — including women, Aboriginal and Torres Strait Islander people, and those from a non-English speaking background — have all seen a steady increase in representation. In comparison, the fact that people with disability fare so badly demonstrates a failure of policy and practice in providing opportunities for Australians with disability.

When the representation rates for key diversity groups are compared with their representation in the wider community, an alarming picture begins to emerge as illustrated in the following table.

People with disability, who represent 18.5% of the general population (14% of the working-age population), make up only 3.8% of Commonwealth public sector employees. This figure is even worse in some state and territory public sector workplaces — the ACT public sector, for instance, has only 2.5% of its workforce identifying as living with a disability (up from just 2% in 2014).

The public service should be reflective of the community to ensure that different points of view and life experiences are considered in the development of policies and delivery of programs. Having significant under-representation of such a large part of the Australian community risks the situation where policies are developed to solve the wrong problem, and programs are delivered that fail to help the right people.

Where other diversity groups are showing solid growth in representation, the representation of people with disability has declined and stagnated. This demonstrates the failure of policymakers to understand the lived experience of people with disability. Having people with lived experience more closely involved in the policymaking process, not just by consultation or attendance at workshops, which can be superficial, but genuinely a part of the process will likely yield much better outcomes.

The benefits of having a diverse and inclusive public sector workforce are well known — it contributes to having a stronger, fairer, and more rounded public sector that is better able to understand, respond to, and satisfy the needs of the public. It also plays a part in maintaining core public values, improves policy effectiveness, raises the quality of public services and promotes social mobility.

The public sector is the key driver of social policy. However, in relation to disability employment policy, it is difficult for the government to speak from a position of authority in advocating the benefits of disability employment to the private sector when it employs so few people with disability within its own workforce.

The decline in disability representation in the APS has corresponded with organisational and structural changes over the past 20 years. These changes have been accompanied with fewer entry-level positions, the outsourcing of corporate services such as mail handling, printing and cleaning; greater use of non-ongoing staff; and an emphasis on a more highly educated workforce. Direct employment opportunities for groups with lower average skill levels, including some people with an intellectual disability, have significantly fallen. At the same time, opportunities for skilled people with disability have also reduced, with declining numbers of employees with a disability at all levels in the APS, including executive and senior executive service level positions.

Another contributing factor relates to the stigmatising actions deriving from ableism and sanism — where people are assumed to be less competent than their peers, are not afforded the same opportunities for career development, are given work below their capability, or outright avoided because of their disability. These discriminatory behaviours, sometimes quite subtle, are encouraged by the stigma associated with disability that still exists in many workplaces. A failure to adequately address stigma and discrimination is one of the root causes of the exclusion of Australians with disability from the workforce.

Recurring findings in the annual Census of APS employees show that significant numbers of people with a disability (over half in 2018) are unhappy in their job, many reporting having been the subject of bullying and harassment in the previous 12 months. This indicates a need to better understand the lived experience of people with disability in the APS in order to address their negative experiences and make the rhetoric about being ‘an employer of choice’ for people with a disability match the reality of APS employment.

Programs and initiatives designed to arrest the decline of disability employment in the APS have not proven to be effective, and recommendations made by experts in the field – such as the adoption of quotas, improving access to flexible work arrangements, and better training of human resources staff — have not gained traction. It is too easy for politicians and senior public servants to make reference to these programs and initiatives whenever questioned on the issue of disability representation in the public sector while failing to mention the lack of real quantifiable progress.

This argument is based on the fact that more people identify as having a disability in the annual Census of APS employees (which is anonymous and online) than are recorded in APSED. In the 2019 Census, 8.7% of respondents identified as living with a disability compared to 3.7% recorded in APSED — more than double.

In the 2018 State of the Service Report — a document that provides an overview of the size and performance of the APS — the chapter on diversity and inclusion charts data from the APS Census in showing the number of employees with disability. Charting of data for other diversity groups (women, Aboriginal and Torres Straight Islanders, and those from a non-English speaking background) is based on data from APSED. Breaking from an established data series that is different from that used for other diversity groups is not ideal, a more robust initiative would be to improve data collection in the first place.

One of the reasons offered for the difference between the Census and data from APSED is the absence of data on disability status. It is interesting to note that much more comprehensive data on disability status is available for employees at the APS Graduate level, perhaps due to the more structured and focussed recruitment processes. Interestingly though, the proportion of graduates reporting that they live with a disability is about the same as for most other classifications as shown in the following table. This indicates that absent data about disability status is not necessarily disguising significant numbers of employees with disability in the APS.

The more important question here is: why are so many APS employees so uncomfortable about disclosing that they have a disability — choosing only to do so in an anonymous survey? By not willing to disclose their disability status, workplace accommodations and supports that would be available to help people do their job may not be accessible. Even for those who do disclose, some minimise their actual needs in an attempt to combat stereotypes about people with a disability requiring expensive workplace accommodations and being difficult to manage. For employees to feel the need to hide or minimise the supports that they need to do their work highlights an ableist culture within the APS.

The Australian Human Resources Institute has noted that gaining greater disclosure is about the development of a broad and overt positive culture of encouraging and embracing diversity in the workplace1. The data would suggest the APS has a long way to go in this regard.

After years of debate about quotas and targets, the 2019 election commitment might finally be the step that sees a turnaround, restoring the place of people with disability at the heart of government. It represents both an acknowledgement of the huge untapped pool of talent that is available in a shrinking labour market, and the need for government to be setting an example to private-sector employers in relation to disability employment.

The recent release of the first NDIS Participant Employment Strategy, which sets a goal of getting 30% of NDIS participants of working age in employment by 30 June 2023, has the government leading by example as one of its areas of focus. The Minister for the NDIS, Stuart Robert, has stated that “the [Participant Employment] strategy is complemented by the Morrison Government’s election commitment of 7% employment for people with disability across the Australian Public Service”.

A senior White House official was appointed to ensure that all departments and agencies met their obligations under the directive, and to also take responsibility for the integration of disability policy into major presidential initiatives. Five years after implementation, the federal government had hired 154,212 permanent and temporary employees with disability, 109,575 of these being permanent career employees. This took the representation of people with disability in the federal government workforce from 5% to 14.4%, representing more people with disability (both in real terms and by percentage terms) than at any time in the previous 35 years. This example shows what can be done in the interests of diversity and inclusion with enough political will and accountability.

The Prime Minister is quoted as saying, “I believe in a fair go for those who have a go”. Mr Morrison’s experience of disability within his own family, his decision to assume responsibility as Minister for the Public Service, combined with his view that running government is about ‘acting on the things you believe in’ bodes well for the employment prospects of Australians with disability in the federal public sector.

People with disability, often the embodiment of what it is to be a quiet Australian, have been having a go for a long time — it is their turn to get a go. 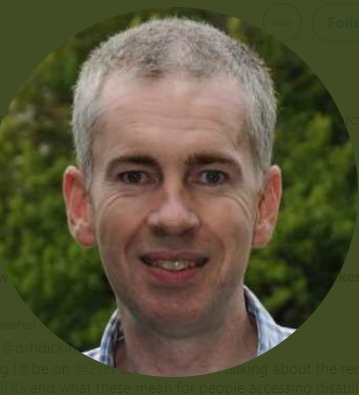 Paul Williamson is an Honorary Associate in the Centre for Disability Research and Policy at the University of Sydney.

Employers need to be more cautious about relying on diversity rhetoric to attract disabled candidates. After a few years of unemployment, the equal opportunity statements you see copypasted onto job advertisements come across as insulting and disingenuous. If they were actually true, the unemployment rate of disabled Australians would be far less than fifty-two percent. What’s especially frustrating is that a jobseeker who fudges a few dates on their resume, maybe to cover an unemployment gap they could only explain by disclosing a disability, would treated as almost a criminal by the same employers.

I also suspect that that these broad claims about diversity could lead able-bodied or neurotypical people to conclude that disabled jobseekers are unemployed because they are lazy.