Calling someone manipulative is a criticism of that person’s character. Saying that you have been manipulated is a complaint about having been treated badly. Manipulation is dodgy at best, and downright immoral at worst. But why is this? What’s wrong with manipulation? Human beings influence each other all the time, and in all sorts of ways. But what sets manipulation apart from other influences, and what makes it immoral? Robert Noggle explains.

Advertising manipulates when it encourages the audience to form untrue beliefs, as when we are told to believe that fried chicken is a health food, or faulty associations, as when Marlboro cigarettes are tied to the rugged vigour of the Marlboro Man. Phishing and other scams manipulate their victims through a combination of deception (from outright lies to spoofed phone numbers or URLs) and playing on emotions such as greed, fear or sympathy. Then there is more straightforward manipulation, perhaps the most famous example of which is when Iago manipulates Othello to create suspicion about Desdemona’s fidelity, playing on his insecurities to make him jealous, and working him up into a rage that leads Othello to murder his beloved. All these examples of manipulation share a sense of immorality. What is it that they have in common?

What, exactly, is the problem with ‘manipulation’?

Suppose that Amy just left an abusive-yet-faithful partner, but in a moment of weakness she is tempted to go back to him. Now imagine that Amy’s friends employ the same techniques that Iago used on Othello. They manipulate Amy into (falsely) believing — and being outraged — that her ex-partner was not only abusive but unfaithful as well. If this manipulation prevents Amy from reconciling, she might be better off than she would have been had her friends not manipulated her. Yet, to many, it could still seem morally dodgy. Intuitively, it would have been morally better for her friends to employ non-manipulative means to help Amy avoid backsliding. Something remains morally dubious about manipulation, even when it helps rather than harms the person being manipulated. So harm cannot be the reason that manipulation is wrong.

“…morality requires us to treat each other as rational beings rather than mere objects.”

Perhaps manipulation is wrong because it involves techniques that are inherently immoral ways to treat other human beings. This thought might be especially appealing to those inspired by Immanuel Kant’s idea that morality requires us to treat each other as rational beings rather than mere objects. Perhaps the only proper way to influence the behaviour of other rational beings is by rational persuasion, and thus any form of influence other than rational persuasion is morally improper. But for all its appeal, this answer also falls short, for it would condemn many forms of influence that are morally benign.

For example, much of Iago’s manipulation involves appealing to Othello’s emotions. But emotional appeals are not always manipulative. Moral persuasion often appeals to empathy, or attempts to convey how it would feel to have others doing to you what you are doing to them. Similarly, getting someone to fear something that really is dangerous, to feel guilty about something that really is immoral, or to feel a reasonable level of confidence in one’s actual abilities, do not seem like manipulation. Even invitations to doubt one’s own judgment might not be manipulative in situations where — perhaps due to intoxication or strong emotions — there really is good reason to do so. Not every form of non-rational influence seems to be manipulative.

It appears, then, that whether an influence is manipulative depends on how it is being used. Iago’s actions are manipulative and wrong because they are intended to get Othello to think and feel the wrong things. Iago knows that Othello has no reason to be jealous, but he gets Othello to feel jealous anyway. This is the emotional analogue to the deception that Iago also practises when he arranges matters (eg, the dropped handkerchief) to trick Othello into forming beliefs that Iago knows are false.

Manipulative gaslighting occurs when the manipulator tricks another into distrusting what the manipulator recognises to be sound judgment. By contrast, advising an angry friend to avoid making snap judgments before cooling off is not acting manipulatively, if you know that your friend’s judgment really is temporarily unsound. When a conman tries to get you to feel empathy for a non-existent Nigerian prince, he acts manipulatively because he knows that it would be a mistake to feel empathy for someone who does not exist. Yet a sincere appeal to empathy for real people suffering undeserved misery is moral persuasion rather than manipulation. When an abusive partner tries to make you feel guilty for suspecting him of the infidelity that he just committed, he is acting manipulatively because he is trying to induce misplaced guilt. But when a friend makes you feel an appropriate amount of guilt over having deserted him or her in their hour of need, this does not seem manipulative.

“In this way, manipulation resembles lying.”

What makes an influence manipulative and what makes it wrong are the same thing: the manipulator attempts to get someone to adopt what the manipulator herself regards as an inappropriate belief, emotion or other mental state. In this way, manipulation resembles lying. What makes a statement a lie and what makes it morally wrong are the same thing – that the speaker tries to get someone to adopt what the speaker herself regards as a false belief. In both cases, the intent is to get another person to make some sort of mistake. The liar tries to get you to adopt a false belief. The manipulator might do that, but she might also try to get you to feel an inappropriate (or inappropriately strong or weak) emotion, attribute too much importance to the wrong things (eg, someone else’s approval), or to doubt something (eg, your own judgment or your beloved’s fidelity) that there is no good reason to doubt. The distinction between manipulation and non-manipulative influence depends on whether the influencer is trying to get someone to make some sort of mistake in what he thinks, feels, doubts or pays attention to.

This article was originally published at Aeon and has been republished under Creative Commons. 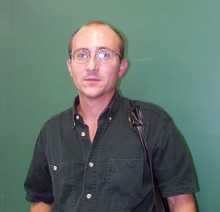 Robert Noggle is a professor of philosophy at Central Michigan University. He is the author of Taking Responsibility For Children (2007), co-edited with Samantha Brennan.

Why trust is critical for exceptional service experience

Need data urgently transformed into insight and intelligence? Not all platforms are equal…