The merging of human and machine is a staple of sci-fi and at the heart of the philosophy of transhumanism. But interfacing our brains with computers has proven incredibly hard, despite the fact that both essentially run on electrical impulses.

Imagine, for example, if a brain injury could be repaired with a computer chip. That may not be too far off; in December, researchers reported on a “solid-state neuron” that accurately models the behavior of biological nerve cells. In a paper in Nature Communications, the team says the devices could be plugged into biological neural circuits to repair damage or disease.

“Until now neurons have been like black boxes, but we have managed to open the black box and peer inside,” project leader Alain Nogaret, from the University of Bath in the UK, said in a press release. “Our work is paradigm-changing because it provides a robust method to reproduce the electrical properties of real neurons in minute detail.”

A major reason it’s been so hard to accurately replicate the behavior of neurons in silicon is because the way they respond to stimuli is non-linear. In other words, a signal twice as strong won’t necessarily elicit a response that’s twice as strong.

The researchers solved the problem by collecting data from two types of rat neuron. The first was from the hippocampus region of the brain, which is involved in learning and memory, and the second from the respiratory center, which controls breathing.

They used this data to estimate the parameters that control how ions flow through the neurons and then used those parameters to create a model that explains how neurons respond to stimuli from other nerves. They then used that model to build analogue silicon chips that accurately modeled the behavior of real neurons.

To test their chips, they subjected them to 60 different stimulation protocols and compared their responses to those seen in rat hippocampal and brain stem neurons. The chips achieved a 94 percent accuracy.

Critically, the bionic neurons use just 140 nanoWatts of power—a billionth the amount of a regular microprocessor, which makes them much more practical for long-term applications inside the body. Each chip is roughly 0.1 millimeters in diameter, but many of them would need to be combined to create a practical implant, which would be a few millimeters wide.

The researchers have already spun out a company called Ceryx to start developing a smart pacemaker that uses the bionic neurons to respond to signals rather than simply providing a steady beat like a regular pacemaker. But they say their approach is generic and could be used to replicate any of the body’s many different types of neurons.

That could make it possible to repair defective circuits that cause conditions like heart failure and sleep apnea, but could also potentially replace damaged nerves caused by spinal injuries or help connect robotic limbs to people’s nervous systems, the researchers told The Guardian.

One potential limitation is that the bionic neurons do not replicate the complex connectivity of real ones. Their model doesn’t cover the many branching dendrites that connect neurons to each other, and adding those dynamics might require further components.

The researchers also say they are a long way from replicating larger, more complex brain circuits, and light years off from being able to reproduce an entire brain.

University of Manchester’s Stephen Furber, who has designed a million-processor computer called SpiNNaker designed to model large-scale brain networks, told The Guardian that using this approach to create networks of even a few hundred million neurons would be unfeasible—and the brain contains roughly 86 billion of them.

“Because the approach is detailed and laboriously painstaking, it can really only be applied in practice to smallish neural units, such as the respiratory neurons described above, but there are quite a few critical small neural control circuits that are vital to keeping us alive,” he added.

This article first appeared on SingularityHub. 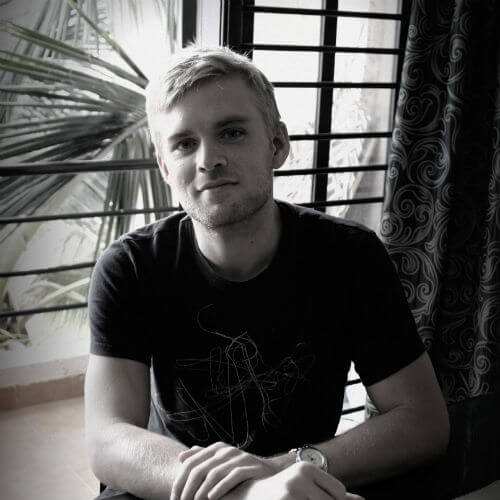