Climate change activists often lose traction when they seem to be calling for individual action — drive less, fly less, eat less meat — when in fact only collective action will make a difference.

Addressing climate change will take massive international action, country by country, and the tools are clear: carbon taxes to provide pricing indicators that shape behaviour, and physical infrastructure that facilitates and shapes behaviour, in the right way.

Government leaders around the world talk about infrastructure as though it’s all good and we need a lot more of it. They are only half correct. After World War II, the US built a vast interstate highway system and then proceeded to neglect its passenger and freight rail systems. This was no accident. The American automotive industry worked with the US Federal government to advance driving and succeeded through the installation of facilitating infrastructure. This legacy is part of the challenge the US faces today.

When politicians around the world talk about infrastructure, they usually mention roads and bridges: two favourites. And their public understands this. These are highly visible and understandable. But do we need more roads and bridges? Probably the opposite, at least in the developed world.

To address climate change we will need more and better mass transit to get people out of their cars and to encourage greater population density in urban areas to reduce the distance people need to travel to work. This will require more urban infrastructure such as municipal water, urban parks and recreation, and cultural centres such as museums to improve the quality of urban life.

The most obvious subject, and the usual soundbite, is renewable energy: wind and solar, versus fossil fuel. This is true enough but regardless of how many solar farms are built, or rooftop panels are installed, until large nations build transmission lines to carry that power to its users and install smart grid technology to allow for distributed rooftop installations to integrate with its grids, we will never get there.

Similarly, no matter how fancy and/or inexpensive electric cars become, they will not be more than an oddity until there are high speed charging stations throughout the road systems of the most populous nations and all over every densely populated area to support their use.

Carbon capture is another area where infrastructure will make a difference, collecting CO2 produced by industries such as manufacturing, steel production, and chemicals, including fertilizers for agricultural use, and injecting them into deep aquifers in the earth. To accomplish this at scale will require vast systems of pipelines and storage areas. Without carbon capture, regardless of how we produce and consume energy, we will never approach zero emissions.

The responses to climate change and the issue of infrastructure do not overlap 100%. In addition to carbon pricing, research and development will play a big role in addressing climate change. There are also standalone infrastructure needs like drinkable water that are separate from climate change. But the overlap is so great that it’s absurd to be thinking of these issues as distinct.

Furthermore, coming at infrastructure from the perspective of climate change provides the most needed element in the infrastructure debate: a policy purpose. Just saying “more” is worse than insufficient. When it suggests more of the same, it’s simply wrong.

Coming at the climate change discussion from the perspective of infrastructure moves the discussion away from questions of personal choice and brings into focus the fact that massive government action is what is required. Addressing climate change is not like getting people to stop littering. It’s about a massive global government-driven modification to the way we all live. It is largely about the infrastructure we will build.

This article was first published on the World Economic Forum website. 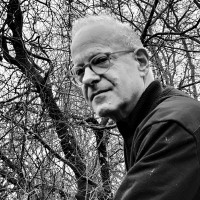