In the 21st century, few trends have matched the economic, environmental, and societal impact of rapid urbanisation.

A steady stream of human migration out of the countryside, and into swelling metropolitan centres, has shaken up the world’s power dynamic in just decades.

Since 1950, the world’s urban population has risen almost six-fold, from 751 million to 4.2 billion in 2018. In North America alone, significant urban growth can be observed in the video for Mexico and the east coast of the US as this shift takes place.

Over the next few decades, the rural population is expected to plateau and eventually decline, while urban growth will continue to shoot up to six billion people and beyond.

Urban growth is going to happen all across the board.

Rapidly rising populations in megacities and major cities will be significant contributors, but it’s also worth noting that the number of regional to mid-sized cities (500,000 to 5 million inhabitants) will swell drastically by 2030, becoming more influential economic hubs in the process.

Interestingly, it’s mainly cities across Asia and Africa — some of which westerners are largely unfamiliar with — that may soon wield enormous influence on the global stage.

It’s expected that over a third of the projected urban growth between now and 2050 will occur in just three countries: India, China, and Nigeria. By 2050, it is projected, India could add 416 million urban dwellers, China 255 million, and Nigeria 189 million.

Urbanisation and its complications

Rapid urbanisation isn’t only linked to an inevitable rise in city populations.

Some megacities are actually experiencing population contractions, in part due to the effects of low fertility rates in Asia and Europe. For example, while the greater Tokyo area contains almost 38 million people today, it’s expected to shrink starting in 2020.

As rapid urbanisation continues to shape the global economy, finding ways to provide the right infrastructure and services in cities will be a crucial problem to solve for communities and organisations around the world. How we deal with these issues — or how we don’t — will set the stage for the next act in the modern economic era.

This article was first published on the World Economic Forum website. 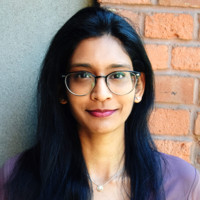