February 28, 1994 was a big day in Australian politics. Minister Ros Kelly was forced to resign from Paul Keating’s cabinet over the ‘big whiteboard’ sports rorts affair. She was the third minister to exit within two months. To lose one minister is forgivable, to lose two looks like carelessness, and losing three is a continental-scale disaster. For the presiding PM, the trifecta was a trigger to start planning life after politics.

Kelly was Minister for the Environment and Sport. A Keating ally, she’d helped him win the 1992 leadership battle against Bob Hawke, and she was generally regarded as ‘a good operator’. But this time, even Keating’s famous confidence couldn’t dig her out of a big hole.

Questionable grants made under the Community, Cultural, Recreational and Sporting Facilities Program had come to light after a damning Auditor-General’s report. The auditor’s main concern was that poor (and easily erasable) record-keeping meant allegations of political bias in the awarding of grants couldn’t be resolved.

In light of the audit report, the Australian Democrats – led by Cheryl Kernot – threatened to join with the opposition to initiate a Senate inquiry. Under extreme political pressure, Labor referred the issue to the Standing Committee on Environment, Recreation and the Arts, a bipartisan committee, albeit one with a Labor majority, in the House of Representatives.

Labor’s John Langmore chaired the committee. On tabling its report, Langmore told parliament that his parliamentary colleague’s record-keeping ‘was seriously inadequate and her administration was deficient’. The report stopped short, however, of recommending censure.

Warren Truss, a widely respected National Party MP from south-east Queensland, was deputy chair of the committee. Arguing that the Parliament should formally censure Kelly, Truss read from a letter from the Auditor-General: ‘A weakening of the processes of accountability of Government programs will be difficult to reverse. New and lower standards could then apply to future governments of whatever political persuasion. This would be a tragedy for all political parties and indeed for the strength of our democracy.’

Truss argued that Kelly was culpable for the botched program, over and above her ordinary responsibility as portfolio minister: Kelly had ‘adopted a hands-on approach… She was personally involved in the selection process. She must, therefore, be held responsible for the inadequacies and gross deficiencies outlined in the Auditor-General’s report.’

Particularly damning for Kelly was evidence that the program was used as part of the government’s marginal seat election strategy. Eoin Cameron, Liberal member for Stirling, pointed out that ‘Safe Labor electorates, where one would imagine there is a greater need, received less than marginal electorates… The Minister has alleged the grants were allocated on a needs basis. The only need she had was to shore up support for Labor.’

Kelly wasn’t the first politician to be caught pork barrelling, and nor was she the last. On 22 February 2019, Georgina Downer presented a big novelty cheque to the Yankalilla Bowling Club, representing a $127,323 grant under the Community Sport Infrastructure Program. The cheque was part of an effort to win the seat of Mayo for the Liberal party.

Centre Alliance MP Rebecca Sharkie tweeted about the politicisation of the federal grant: ‘The protocol is that the local Federal MP is notified of a grant prior to the Minister advising the club. In more than a decade of politics I’ve never seen a TAX-PAYER funded grant delivered by cheque with a candidate’s face and name on it. Rather desperate and misleading.’

Shadow Attorney-General Mark Dreyfus referred the Downer stunt to the Auditor-General. On 15 January 2020, the auditor published a bombshell report on the Community Sport Infrastructure Program, which Senator Bridget McKenzie oversaw as Minister for Sport. Of the grants awarded, 417 (61 percent of the total approved) had scored below the merit-based cut-off.

The audit’s recommendations included a proposal that the Australian Government adopt a consistent framework for situations where a minister decides on the award of grant funding. The government agreed with other recommendations but only ‘noted’ this one – a polite way of saying the government wouldn’t be adopting a framework like that any time soon.

Using arguments that feel like hair splitting, the government has sought to differentiate the current grants fiasco from the Ros Kelly affair. But the parallels are striking. In the recent program, clubs and communities that were demonstrably more deserving – including struggling sports clubs in rural and regional areas – missed out. The Auditor-General found that ‘Funding decisions for the three rounds were not informed by clear advice and were not consistent with the program guidelines’. The ABC has since published the colour-coded spreadsheet that showed how party politics entered the funding decisions.

McKenzie’s exit from Cabinet appears to be imminent. If it is, that will prove parliamentary accountability is not entirely dead in Australian public administration. In an era of patchy public integrity, the episode has highlighted the importance of our chief independent auditor. The value of private-sector auditors might be contentious, but public ones are indispensable.

The episode has also shone a light on the role and accountability of ‘Quangos’, and particularly their boards and officials. Sport Australia CEO Kate Palmer has resigned and will finish on 31 January 2020. Glenys Beauchamp, the departmental secretary and ex-officio board member, will retire on 28 February (one day before Senate estimates, as reported by Shannon Jenkins). The Sports Australia executive who pushed back on the political interference has also quit.

The Auditor-General was right to conclude that we need new rules for spending public funds. One suggestion: when a minister elects not to follow officials’ advice about allocating grants, the minister should publish the grounds for the departure. We also need greater clarity, and a strong practical example, on the role of public body boards when ministers behave badly. And here’s some more free advice: ditch the handover ceremonies with giant novelty cheques. 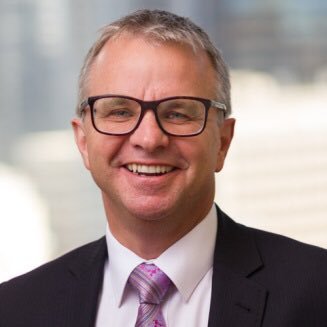 Scott Hamilton is a Melbourne-based author, researcher and policy adviser. He is researching the history of bipartisanship in Australia.