The balance of power over knowledge about citizens has undoubtedly shifted from government to business. It’s now private organisations such as Google, Facebook, and Amazon, and not governments who hold the lion’s share of information on private people. Audrey Lobo-Pulo discusses the policy implications of this 21st century reality.

When Google’s Chief Economist, Hal Varian, said that, “Google will make us more informed”, he was referring to how providing people with greater access to information may increase their potential to contribute to society. And although this may be true, digital technologies are also subversively changing the interrelationships between governments and businesses.

While organisations are continuing to digitally transform, everyday transactions are increasingly being mediated by technology and captured through data. But it’s much more sophisticated than merely translating what once used to be analogue information into digital  —  technology (including smart sensors) has the ability to collect and record much more data on a single transaction than humans have ever done before.

READ MORE: A review of ‘How We Learned to Prosper Using Fewer Resources―and What Happens Next’

Not only that, the computational processing power and storage capacity that organisations have access to today is phenomenal. Compare this to 1911, when Australia’s first national census was carried out and tabulated entirely by hand  —  over 4 million cards that were physically counted and sorted. Data assets were historically held and predominantly managed by governments, and with that came their ‘monopoly’ on citizen data.

Our ‘citizen data assets’ saw governments organising their efforts into various portfolios such as finance, health, education and social services (amongst others), and the collection of civic data became more sophisticated and aligned with departmental services. Policy advice and economic forecasts also benefited from more data  —  with government departments in the best position to provide any quantitative ‘crystal-balling’ of the future.

Much has changed today and  –  like it or not  –  private organisations such as Google, Facebook, and Amazon are now holding the lion’s share of information on citizens. The large masses of data they collect give them unprecedented access to personal, social, and economic information, allowing them to derive new insights and potentially achieve forecasting supremacy (if they haven’t already!).

Meanwhile, governments are still grappling with the many challenges of data regulation and coming to terms with how to get the most out of their data. Government data, often fragmented by the very portfolios they put in place to compartmentalise their services and policy advice, has become siloed. And this has also constrained their ability to compete with the private sector for deeper data insights.

The balance of power when it comes to knowledge about citizens has undoubtedly shifted from government to business.

Yet, the narrative is so much more complicated  —  governments have a duty of care for their citizens, and this includes protecting citizen privacy and human rights. The apparent tension between deeper data insights and privacy protection has been the focus of many government data-integration projects in an effort to gain more ground in the understanding of complex policy issues.

Policymakers today have to navigate not just government agency silos, but a public-private collective of information that could be utilised to create better public policy. Private data collected in organisations is mostly used to uncover new business insights and better customer/client services. But this same data, viewed from a social good perspective, could also provide new policy insights and benefits to society.

As data sources continue to diversify, we’re beginning to see new data-sharing collaboratives emerge, with McKinsey & Co. estimating an increase of around 20% in companies forming data-related partnerships from 2017 to 2019. By collectively putting the pieces of the ‘data-puzzle’ together, better data models are being developed for better services all round.

But the task, although noble, does not come without its challenges  —  data sharing presents a myriad of legal, technical, commercial, ethical and privacy risks, not to mention the impact on public trust. What’s required at the outset is a framework of strong governance practices, ensuring responsible data collaboration and innovative solutions.

Last month, the ‘Beeck Center for Social Impact + Innovation’, supported by the Rockefeller Foundation, released a guidebook on sharing data for social impact to establish responsible governance practices. It acknowledges the ‘need to reform data-governance’ in an environment that is often under-resourced, resulting in practices that can be unsustainable and ineffective.

And this leads us to a closer examination of the relationship between governments and businesses.

Interestingly, while government may have lost some of its citizen data ‘turf’ to the private sector, it still has the power to protect the interests of its citizens and address any imbalance through carefully considered rules and legislation. The ‘General Data Protection Regulation (GDPR)’ adopted by the European Union is one such example where legislation is redefining how businesses use personal data.

But can a fundamental change in the relationship between government and business, as it relates to data, achieve a greater social good?

In her recent Schumpeter lecture, Professor Mariana Mazzucato, founding director of the ‘Institute for Innovation & Public Purpose’, spoke of the need to re-design the governance systems of public and private sectors to redress imbalances within capital markets, including how they relate to one another. By focussing on the concept of “value”, Professor Mazzucato puts forward what might be an evolution of public-private partnerships — ones that are ‘mission oriented’ to co-create greater public value.

Could the same be applied to data-driven or evidence based public policy design? The prolific growth and re-distribution of citizen data assets may warrant a re-think of the role of government and business – and may benefit from a similar approach.

In 2018, the Australian Treasury and LinkedIn presented some early data insights on the gender gap in tech entrepreneurship across seven countries. Unique to this pilot was that almost no data was exchanged between parties  —  what was shared were aggregate data insights that were relevant to the policy problem. Here was a case study that showcased what might be possible with collaborative data efforts focussed on a specific ‘mission’, and a small shift in the role of government and business.

Phoensight is proud to have participated at the “Data for Good” Event, hosted by General Assembly on 5 February 2020 in Sydney. 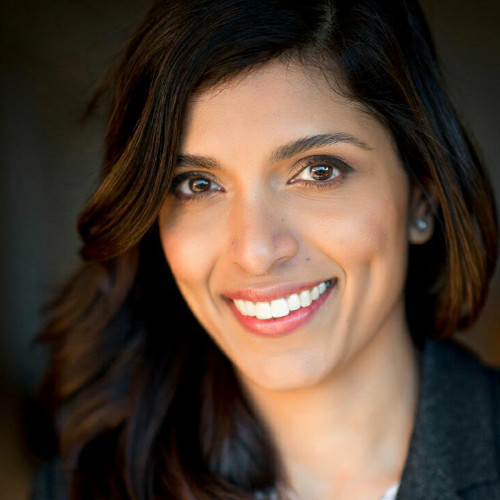 Audrey Lobo-Pulo is the founder of Phoensight, an international consultancy tending to the relationships and interdependencies between people and technology. She is a former policy advisor and policy analyst for the Commonwealth Treasury, and also served as a data scientist and economist for the ATO.