The state of Odisha in India is the most cyclone-prone in the country. In the last century, out of the 1,019 cyclonic disturbances in the Indian subcontinent, 890 were along the eastern coast, and of these 260 cyclonic disturbances had their landfall along the Odisha coast. The major cyclones that have hit the state in the last two decades are the 1999 super cyclone, Phailin in 2013 and Titli in 2018.

The 1999 super cyclone claimed around 10,000 lives with winds clocking up to 220km per hour. Without technology and prior warning, the state was rendered helpless. Fast forward 20 years and it has learned from the catastrophe, showing exemplary efficiency, grit and planning in disaster management. 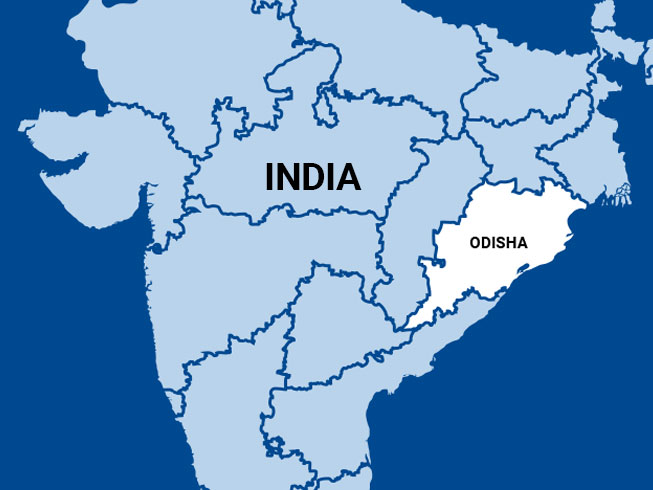 The more recent Cyclone Fani is a good example. An extremely severe cyclone, Fani was a rare summer cyclone and the ﬁrst one to hit in 43 years. It made its landfall on the religious town of Puri and Khurda district and travelled through Bhubaneswar and Cuttack, wreaking havoc with extensive damage to the life and property of more than 1.65 crore people in 12 districts.

As Odisha had already set a global benchmark in handling disasters by leveraging technology, strengthening institutional capacities and building resilience measures, it was fully prepared to face this calamity of national magnitude. The state undertook one of the biggest human evacuations in history with a record 1.5 million people shifted in just 24 hours.

Even more recently, Cyclone Bulbul in 2019 highlighted how Odisha has mastered disaster management — with lessons for other disaster-prone cities and states.

1. Resilient infrastructure (cyclone shelters): In 1999 there were only 75 cyclone shelters along the entire coastline. Some 800 multipurpose cyclone and flood shelters have since been built in the coastal districts following the super cyclone. The Odisha State Disaster Management Authority (OSDMA), a constituent of the state government, designed the structures in association with the Institute of Information Technology (IIT) Kharagpur. The project was implemented by the state and the buildings are designed to withstand wind speed of up to 300 kmph and moderate earthquakes. Plinths are above the high flood line (HFL) and the stilted floor construction ensures the buildings are unaffected in a storm surge up to the first-floor level.

2. Autonomous disaster-management authority: The Odisha Disaster Management Authority (ODMA) was set up as an autonomous body to combat emergency situations during disasters. It has proven to be highly effective as the state is no longer dependent on central government and can act quickly.

3. Technology: 1.8 crore SMS messages were sent out by Location Based Alert System (LBAS) and Group Based Alert System (GBAS) to warn people. Various District Collectors also deployed police forces and volunteers to use traditional methods (like microphones) to announce the incoming cyclone. They deployed everything they had: 2.6 million text messages, 43,000 volunteers, nearly 1,000 emergency workers, television commercials, coastal sirens, buses, police officers and public address systems. The mapping of houses and populations, village by village, helped district administrators reach out almost individually to them to ensure evacuation to safe locations.

4. Preparedness: Upon receiving the early notice from cyclone warning services, both national and state machinery geared up to assess the level of preparedness for an effective response after landfall. The government of Odisha evacuated close to 1.55 million people to 9,177 shelters, including the 879 multi-purpose cyclone/flood shelters and other safe shelters like schools and public buildings. About 25,000 tourists were evacuated from vulnerable areas by mobilizing 23 special trains and 18 buses. All fishing activities were suspended two days prior to landfall.

The government organised massive awareness campaigns to inform people about the basic cyclone dos and don’ts. Twenty Odisha Disaster Rapid Action Force (ODRAF) units, 335 Fire Service units and 25 units of the National Disaster Response Force (NDRF) were deployed in the coastal districts for search and rescue operations. Volunteers were mobilized to support the local administration and the community in evacuation, distribution of relief and shelter management. Instructions were issued to all the line departments to make adequate arrangements to provide immediate life-saving assistance to those in need after landfall.

5. Leadership: The most important but less tangible element that counts at times of distress is leadership. Naveen Patnaik, Chief Minister of Odisha, had experienced the tragedies of the 1999 super cyclone soon after he took office. He had to repair the damage, prioritizing human life. He set clear goals and the empowerment of grassroot administrations to provide relief and rehabilitation. His vision has evolved from a focus on saving lives to creating cyclone-resilient infrastructure. The state aims to convert nearly 7 million non pakka (non-concrete) houses to pakka houses. It is a powerful sign of just how far Odisha has come. Resources can now be invested in restoration much faster than before by reducing the need for temporary evacuation.

The article was curated from the World Economic Forum website.
About the author