How can you engage with Australians when evidence shows we lie to our families, friends and even ourselves?

Unexpected election results around the world including most recently in Australia – despite polling suggesting otherwise – is just one factor suggesting there is a gap between what people say publicly, and what they actually believe. Understanding these factors is important to be able to develop effective policies, products, services and communications to drive behaviour change.

A 2019 study from WPP AUNZ, Secrets and Lies, is helping to fill this knowledge gap. The Mandarin recently sat down with Rose Herceg, chief strategy officer for WPP AUNZ and author of the study, to understand more.

The study kicked off around 18 months ago and combined a large sample of 4,500 Australians and 1,500 New Zealanders with individual interviews to dig deep into the psyche. The sample selected was representative of the population with respect to diversity, gender, socio-economic status, and location.

Delivered in three chapters, chapter one focuses on personal feelings and lies, chapter two looks at national identity and chapter three at how over 55s view themselves and how they want to live their lives vs their perceptions of the way they are treated and the things they are offered.

In a twist to conventional research, Dr Michael Henderson, a leading anthropologist studying human behaviour and motivation, was engaged to cast an anthropological lens across the results. Through all this, with anonymity guaranteed, people were encouraged to open up about how they really feel about their lives and the world they live in.

According to Rose, this study has brought home to WPP the restrictions of conventional research in delivering actionable results that will drive change. The methodology enabled a conversation where subjects could safely open up and express their true thoughts.

For example, there was a woman deeply regretting motherhood despite initially saying it was the most important thing in her life; a person living in a loveless marriage; a person using his private bank accounts to purchase drugs; an HIV positive subject who had not informed his/her partner; and a secret ‘no’ voter in the same sex marriage plebiscite.

The results revealed 49% of Australians misrepresent themselves. Out of the respondents, 52% had lied at work, 63% had made up an excuse to get out of a social arrangement, and 70% regularly told white lies to spare a person’s feelings.

This is despite the fact that 81% value the idea of living an authentic life.

“The notion of measuring the difference between the things you are really thinking, and the things you let yourself say out loud, is not just interesting, it can lead to a whole different interpretation of the results and therefore what you do with them,” Rose said.

In the world of politics, 66% of Australians said they don’t feel they are adequately represented. Three quarters believe politicians should be creating a more positive narrative, and 62% believe Australia has lost its national pride. On policies, 61% want to see policies that are shaped towards a more progressive and technology-driven Australia.

The conflicting messages between polls, election results and this new research suggest to Herceg that all sides of politics need to understand what people really want, not just what they say they want, develop appropriate policies and then assess the effectiveness of the language they are using, as well as what citizens really expect of them.

“The country is hungry for innovation, it really is,” she said. “A lot of the feedback is for the government to get on with it – whether that is climate change, small business or roads. People want to know where all of the innovative ideas are to get this done from what has been discussed in the many white papers.”

Where Australians dramatically differ in what they say and think is on the topic of equality – with Herceg explaining the uncomfortable truth for Australia is we only want to pretend we’re all equal.

“On a national level we are very good at the façade,” Herceg said. “We want everybody to be equal, and yet we’re still nervous about giving people who need serious help the support they need. This is how policy gets stuck in the mud – nobody wants to give anybody a hand up, or a handout. They are afraid it’ll get in the way of their own progress.”

For Australia, this is one of the nation’s big national secrets – the fact that we tell the world we’re equal, we help our mates and love our nature. But the reality is that most Australians do not want to support others if it risks disadvantaging themselves. The recent bushfire crisis, coupled with the ongoing drought, of course, point to the fact that Australians will rally around in a crisis, but in general times Australians are less motivated by a desire for true equality than a desire to ward off personal disadvantage.

The results of the research have highlighted for Herceg that motivation and behaviour is driven by three factors: protection, privacy and power. Keeping secrets and telling lies is designed to prevent knowledge from falling into the hands of others. It also maintains a sense of privacy in a social setting. But it can also be useful in creating and maintaining power.

In the case of the Australian election results, the differences between public and personal beliefs may suggest an Australia that is rejecting progressive ideas and moving towards conservative politics. But Herceg said this is wrong.

“It’s almost as though the progressive ideas the Labour Party had were not the ideas the electorate wanted to hear,” she said. “But we’re not a conservative country. We are ambitious. But we just rejected that brand of progressive politics.”

On a final note, Rose was at pains to point out that shading the truth – or lying – isn’t always a bad thing. There are some things that should be kept private just as there are some things Government legitimately cannot disclose for reasons, say, of national security. But the opportunity to understand the gap between public positions vs private thoughts and beliefs can give government critical tools for more effective policy development and citizen engagement.

The full Secrets & Lies report can be found here 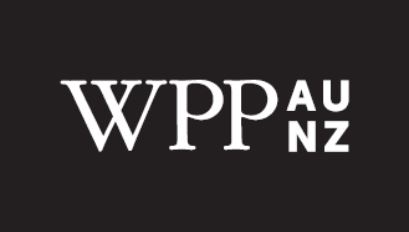 WPP AUNZ is a group of 80-plus marketing communications services companies that collaborate to create world-class customer experiences and drive growth for our clients.