CODE OF CONDUCT: When more than half of Australians have little or no trust in what is supposed to be one of the world’s great public services, it’s bad for democracy. And it’s consistent with the broad decline in levels of trust in government and faith in democracy in Australia over the past three decades, writes Bernard Keane.

According to polling conducted 12 months ago, just 10% of Australians have a “lot of trust” in the Commonwealth public service. Fourteen per cent have no trust at all. Around a third each say they have some trust or a little trust.

The good news: that’s a little better than trust levels recorded in previous years. The bad news is, the APS is about on par with state and federal parliaments.

After the sports rorts saga, does anyone think voters’ confidence and trust in the APS will have increased? The saga has been a rotten look for the public service, both in the way a grants program was rorted by the relevant minister with minimal pushback from the Sports Commission (and none from the Department of Health, which appears to have tried to avoid any responsibility at all, to the extent of avoiding getting legal advice on whether what was happening was lawful), and in the way the Secretary of Prime Minister and Cabinet was seemingly deployed to achieve the political ends of the government.

When more than half of Australians have little or no trust in what is supposed to be one of the world’s great public services, it’s bad for democracy. And it’s consistent with the broad decline in levels of trust in government and faith in democracy in Australia over the past three decades. As the ANU election survey revealed in December, most voters now think our government looks after itself and a few big interests, not them.

Any public servant who takes their job seriously should be mortified by that. More than half of voters think you are looking after a few big interests. Or yourself.

For many public servants — and I confess this was my view when I was one — that’s all a matter for politicians. They’re the elected ones, the ones who must be accountable to voters. They’re the embodiment of the will of Australians. Public servants aren’t elected, are unlikely to have much of an idea about ordinary Australians if they live in Canberra, and the APS Values and Code of Conduct make clear that they serve the government, not some nebulous sense of the nation or the public.

But that’s not the full story. You can’t cherrypick the APS Values and the Code. The fifth value is “The APS demonstrates leadership, is trustworthy, and acts with integrity, in all that it does.” And the first line of the code is “behave honestly and with integrity in connection with APS employment.”

Integrity. In all that it does.

“Integrity” is a subjective term, of course. We can all agree that theft, or forgery, or sexual harassment are acts that lack integrity, quite apart from being illegal or a breach of codes of conduct. But the challenge of integrity for public servants is more often found in the grey areas, or in minor decisions, not in the obvious cases, in areas where no one’s looking and no one might ever know.

Except, you will know. That’s the thing about integrity. You can’t outsource or delegate it. You’re stuck with it.

An SES officer once told me he’d made a decision on a potentially embarrassing Freedom of Information request that proved highly amenable to the minister; the latter’s chief of staff had joked that there would have been serious consequences if he hadn’t made the right decision. It was merely a joke, but a joke based on a shared understanding of the relationship between senior public servants and ministers and their offices when it comes to decisions to which politicians might object.

A couple of times in my own — mercifully, for Australia, short — time as an APS manager, I found myself unable to accept what a minister’s office had done and pushed back. Both times it wasn’t a problem — after a discussion with the relevant adviser, they accepted my view.

Other times, though, I might have declined to sweat the small stuff. We’ve all done that, haven’t we? And not necessarily only in the public service. People who rigidly adhere to some kind of moral code and jack up over everything do not get on in any workplace. We’ve all met them, and probably managed them, at some point.

Sometimes it’s not worth pushing back. Sometimes it doesn’t reach our personal red line, or we can rationalise it so that it doesn’t appear to. Integrity is less a rigid set of rules than the application of a personal code to workplace realities, leaving wriggle room.

For some public servants, the wriggle room eventually vanishes. And they do the right thing and leave. Andrew Wilkie, in my view, behaved impeccably in resigning his position in 2003 (and then revealing information in the public interest that would not otherwise have been revealed). Others, as I’ve argued before, do the wrong thing — they stay in the job, they undermine from within the very policies they’re supposed to be implementing. That’s every bit as corrosive as a lack of integrity.

But one way or the other, it’s fair to say that, as far as voters are concerned, there aren’t enough public servants with red lines, not enough bureaucrats with the integrity that is supposedly a core element of their professional lives.

What did you do when your red line was crossed? Maybe it hasn’t happened yet, or you’re lucky enough to work in an agency where it isn’t a problem. Or you rationalised it away, or you figured someone more senior than you would negate any impact of your refusal to cross the line, so why bother? But all public servants, right up to secretary level, can have moments when their red lines are crossed, and face that moment of decision.

There are no hard rules or how-to guides for how to react. But there are some useful principles to keep in mind:

1. Have a strong sense of what you regard as acceptable and not acceptable from an integrity point of view. Do you know what your red lines are or are you waiting to discover them? Or are you winging it, in integrity terms?

2. Have a good relationship with your minister and their office (this is good advice no matter what). If you’re known as reliable and competent from the political side of things, pushing back will be less risky and more likely to be received with respect. Some ministers and their staff, at least in my experience, are scrupulous in keeping politics separate from bureaucracy. But on occasion, they may not properly judge that separation, especially in an intense environment like a sitting day, for example, or during estimates, and are happy to correct if pulled back.

3. If you’re going to upward-refer a problem, remember that might simply be moving the monkey to your boss’s back. At least have a possible solution to offer to go with the problem (again, always good advice).

4. Do a cost-benefit analysis. Are you prepared to risk your career over this particular red line? Is it worth it? Most of us don’t make career decisions in isolation — we have partners, kids, families who are affected by them. Game what might happen, from best to worst cases. And remember, the costs are less than they seem. As a competent APS manager, you have highly marketable skills and will be snapped up by the private sector. True, those places might have even bigger integrity problems than the APS, but at least you’re not, ahem, undermining democracy.

If you hit that red line one day, whichever way you decide will have costs. The costs of quietly overlooking something that requires pushback or taking a stand are less visible, but far more corrosive than having to change jobs. Especially for a system of government that has alienated its citizens.

Sales ends Sunday. Join for only $5 a week for a limited time*. 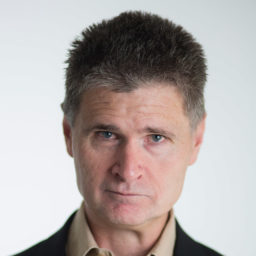 Bernard Keane is a columnist for Mandarin Premium and Crikey.com.au's political editor. Before that he was Crikey’s Canberra press gallery correspondent, covering politics, national security and economics.

On Demand Webinar: The trust imperative – why customer experience in government matters