When the government created the all-powerful Department of Home Affairs and made Peter Dutton its minister, it neglected to do an important thing: give Australia’s intelligence oversight bodies the power to review Home Affairs’ intelligence activities.

It’s just one of a number of gaps that have arisen as our national security landscape has changed and our oversight arrangements haven’t.

Democratic accountability is arguably especially important for the intelligence community. This is because of the seriousness of intelligence agencies’ work, and the potential for the laws they rely on to impact fundamental rights.

Proper oversight of national security agencies is not a luxury in a democracy — it is a necessity.

Oversight bodies play an integral role in maintaining the state of trust between intelligence services and the community. Much of our nation’s intelligence work is, rightly, secret. As a consequence, the usual agents of democratic accountability such as civil society, the media and even Parliament are less able to perform their usual functions.

This is where dedicated intelligence oversight bodies play a vital role and fill a gap. They help build a culture of trust that is necessary for intelligence agencies to operate effectively in a democracy.

Strong and effective oversight mechanisms do not stand in opposition to our national security arrangements — they are best understood as an essential part of them.

Scrutiny of existing and proposed legislation helps to ensure that our laws are targeted and proportionate. Review of agencies’ operations and activities promotes a culture of excellence, legality and propriety.

In Australia, these functions are performed by a powerful parliamentary committee — the Parliamentary Joint Committee on Intelligence and Security (PJCIS) — and an independent statutory office holder (currently a former Federal Court judge) who is provided with a large staff and powers akin to a standing royal commission — the Inspector-General of Intelligence and Security (IGIS).

These key elements of Australia’s intelligence oversight system were put in place by the Hawke government after the Hope royal commissions. However, the last major update to these arrangements was the creation of the Independent National Security Legislation Monitor by the Rudd-Gilliard government, in 2010.

A lot has changed since then and, as the prime minister himself has said, we cannot “set and forget”.

Over the past six years alone there have been more than 20 pieces of Commonwealth legislation that created or enlarged counter-terrorism and national security-related powers.

There has been a rearrangement of our security and intelligence arrangements with the creation of a new Department of Home Affairs. More agencies than ever before have access to intelligence capabilities and functions.

Australia’s national security agencies today face a different range of threats than they did a decade ago and are now facing a new decade of different threats still.

If we want our agencies to be in the best possible position to face these challenges, they must be supported by modern and effective oversight bodies.

Luckily, we have a blueprint ready to go. In 2016, then prime minister Turnbull asked two experts to review our intelligence services. The Independent Intelligence Review reported in 2017 and identified oversight as one of the priority areas for reform. The review recommended that the Inspector-General and the Intelligence and Security Committee have oversight of all intelligence agencies, including those in Home Affairs, be given greater powers to cooperate with each other, and that the Committee have the power to initiate inquiries itself (rather than wait for a referral from the prime minister).

The findings of the review were welcomed by the government but have since gone nowhere.

This is a mistake.

That’s why I am introducing a private senator’s bill to implement them.

There are other interesting ideas for reform of our oversight arrangements that merit consideration, but this is a good place to start right now. The Independent Intelligence Review’s recommendations are sensible and proportionate reforms that respond to real gaps in our current arrangements. There is no reason the government cannot support them tomorrow.

Strong and effective oversight measures do not represent a lack of trust in the intelligence community. Instead they represent an investment in the trust they need to successfully perform their roles and protect the community within a democracy. 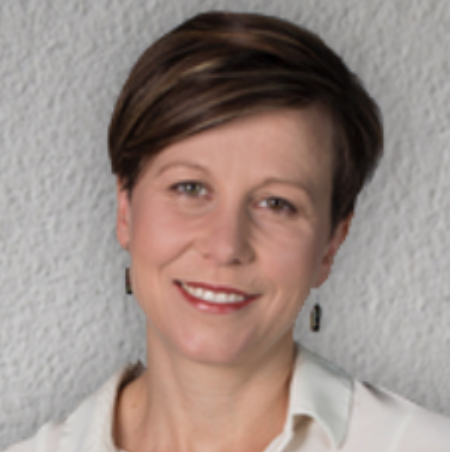 Senator Jenny McAllister is an Australian Labor Party senator for New South Wales and Labor's Shadow Cabinet Secretary and Shadow Assistant Minister to the Labor leader in the Senate.