The unprecedented scale of Australia’s most recent bushfire crisis captured the world’s attention. The nation suffered tragic losses of human and animal life — and immeasurable impacts upon the environment and economy. Along with the incredible stories of survival, heroism and community — significant concerns have also been raised about how we deal with such events.

Among them, big questions are being asked about how we can better manage critical communications when disaster strikes.  Most importantly, how we can effectively maintain duty of care for volunteers, employees and citizens — from the start of an incident, through to end of recovery.

On February 20, a  Federal royal commission into the disaster was formally announced by the prime minister of Australia with an August 2020 deadline — in addition to independent investigations in both New South Wales and Victoria. Among many priorities, the royal commission intends to address the non-uniform approach to emergency management, including inconsistencies between states and territories and challenges with integrating military and civilian forces. The inquiry is investigating national standards and reporting for natural disaster risk management, preparedness and resilience.

This follows a history of investigations into major fire disasters in Australia dating back to 1939 — all aimed at introducing measures to prevent fires, save lives and protect property. We all welcome the discussion to do things better — but we also want to see effective action. Regardless of who you talk to, the lack of resilience and interoperability of communications during a disaster is a constant theme. We’ve heard countless examples of communication failures — networks going down, old radios that don’t work and the use of improvised methods in the field, such as mobile messaging apps, so that our extraordinary volunteers, staff and agencies can just get the job done of saving lives and property.

The communication challenges are not restricted to regional areas. For example, the hazardous smoke levels travelled to Australia’s capital cities, where businesses, government departments, stadiums and hospitals struggled to effectively communicate dangers and ‘work-from-home’ directives to staff.

Disparate communication systems aside, the response to the bushfires — which take no notice of geographic boundaries — requires cooperative action by Australian governments to lay the policy foundation for this collaboration. For COAG (the Council of Australian Governments), its mandate to initiate, develop and monitor the implementation of policy reforms of national significance will also be vital in driving reform to ensure Australia can respond to a large-scale crisis in the future.

Learning from our mistakes

In every disaster, there are always lessons — however it is the action that stems from those lessons that can define our future.  We can also learn from others. After the September 11 attacks, the US’ Homeland Security Presidential Directive 5 (HSPD-5) created a single system to synchronise federal, state and local responses to terrorism.

When a federal disaster was declared after Hurricane Katrina in 2011, emergency teams were unprepared to manage the 65,000 responders called to action from across the country. Poor on-ground co-ordination had dire consequences for teams operating in unsafe conditions, including flooding, toxic chemical spills and criminal activity. Following this, the Interoperable Communications Act was passed, requiring US government agencies to maintain interoperable communications in the event of a disaster.

Canada has also implemented a federated framework for the management of natural or man-made disasters which strengthens the way it works together to protect the safety and security of all Canadians. Another federal government initiative to streamline crisis communications is the National Public Safety Broadband Network, which aims to create and operate a dedicated, interoperable network for all first responders and public safety personnel in Canada.

After Black Saturday in 2010, a royal commission determined dozens of outcomes to inform how Australia prepares for future fire incidents, undoubtedly helping to save many lives and properties since. However, ten years on, power outages knocked out telecommunication towers during the January 2020 fires in Australia, effectively cutting off communities and in some cases, rescuers.

In response to the Black Saturday enquiry, Kevin Tolhurst, senior lecturer in fire ecology and management at the University of Melbourne, said, “Another unintended development [of the enquiry] has been the increased reliance on technology for both fighting fires and communication. Many people in the bushfire-prone areas demand reliable access to warnings and fire developments, so there has been a rapid expansion of the mobile phone and internet networks across Victoria. However, just because people have access to such information does not ensure that they will respond in ways that emergency response agencies expect.”

Whether it is reliable access to alerts and real-time information; or the ability for front-line responders to send and receive clear and critical data in extreme environments — it is very clear we cannot only rely on telecommunication networks and services in an emergency.  Although different communication channels such as e-mail, social feeds and SMS are commonly used to communicate in a crisis and play an important role, we must acknowledge their limitations and find ways to do this better.

Mass emergency communication must be robust, affordable, and effective. Although Australia is seemingly years behind Canada and the US in terms of national response frameworks, now is the time to achieve real change.

Multi-channel communication platforms, built into integrated plans, greatly increases the effectiveness of mass emergency communications. Being able to share information — quickly and securely — ensures first responders can best manage an incident — but also assists and warns people directly in the line of danger. In many cases during the fires in Australia, rescuers and citizens received text messages that were severely delayed. Others had limited or no access to mobile internet to check relevant fire safety apps. When seconds count in an emergency, this renders those forms of communication almost useless.

Crisis communication platforms should also be compatible with emerging technologies and built using common industry standards. The ability to interface and integrate with legacy and emerging systems, devices and sensors — even in firetrucks themselves — is a key component of stretching any technology investment (existing and new) made by government, business, industry and local communities.

The goal for this latest royal commission should not only be recommendations, but a clear framework for action that can be supported by industry and government at all levels. We urge that interoperability and reliability of communication tools be as much in the spotlight as other priorities.

So much was achieved in a very challenging time during our unprecedented ‘Black Summer’ including the important role provided by regional ABC radio to share information with communities when networks went down. Without detracting from all those efforts, the message here is that looking forward, Australia must do better to deliver an effective regulatory and interoperable communications framework that helps organisations to better coordinate across agencies and borders, account for personnel, keep people safe and the country running. 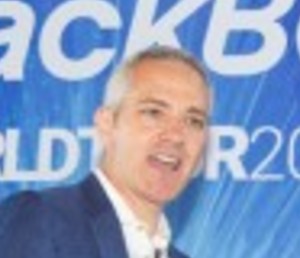 David Nicol is the managing director for Australia, New Zealand, and India at BlackBerry.