Start-ups, banks, and other firms know they must comply with relevant regulations, but it’s less well known that the modern anti-money laundering experiment has almost zero impact on criminal finances.

For every “Billion Dollar Whale” uncovered, thousands operate unseen. Every few weeks one “Dark Towers” bank or another (and another, last week) appear in the cross-hairs of regulators keen to ‘prove’ their ‘tough on crime’ credentials — yet the harsh reality is that it’s never been shown to make a serious dent in crime. (Even the World Bank can’t stop a sizeable chunk of its own payments to governments being spirited away into financial havens, according to The Economist (and report and commentary).

The least effective anti-crime measure, ever?

Every country harbours policy blunders, but the ‘war on drugs’ has long been an obvious contender for the least effective anti-crime measure. Spending trillions of dollars incarcerating millions of people, labelling them ‘criminals’ for low-level offences and destroying lives and families for generations, only made the problem worse.

However, the war on drugs never reached global proportions. Some countries didn’t buy into the rhetoric, and most others abandoned the grandiose ‘war’ as a failed experiment; opting instead for policies that work.

In contrast, the ‘war against money laundering’ is slavishly followed by 205 jurisdictions. (That’s more places than there are countries; 193, according to the UN). Of course, measuring success isn’t easy. It depends critically on the metrics used, and promoters of any status-quo paint their endeavours in the best light. But, despite trillions of dollars, standardised laws spanning the globe, and three decades of prodigious effort, the evidence is grim. Not only does it have almost no impact on crime, but the modern anti-money laundering movement itself also causes social and economic harm.

Nor are banks immune from anti-money laundering zealotry. Banks are forced to build huge compliance departments (sometimes nearly one in 10 staff), and the mere threat of regulatory breach can shut them down, losing tens of thousands of jobs. Others face ruinous penalties and punishing costs responding to allegations and doing ‘more of the same’.

All of that might be OK if the rules worked.

But mounting evidence exposes serious flaws and lousy results (like those listed in bullet points below). Worse, a regulatory framework designed 30-years’ ago like a giant stack of colanders to catch water seems locked-in by a culture seemingly indifferent to effectiveness and outcomes as it is generally understood in public policy, as the impact and effect of regulations.

In failure, however, lies opportunity.

The flip side of failure is an opportunity

Rather than an endless cycle of more regulation, more compliance, and mounting costs — repeatedly targeting 0.1% of crime already tackled well — untapped possibility lies in the 99.9% zone uncharted by three decades of unwavering devotion to a compliance operating model hastily cobbled together over a few months in 1990.

In other words, the 0.1%  ‘war’ zone is packed with armies of earnest policymakers and diligent regulators seemingly unable to visualise the vast expanse of the unexplored 99.9%. That’s where the most serious profit-motivated criminal enterprise has always operated, visited from time to time by law enforcement agencies with a different mindset and better tools.

But, therein lies opportunity. Bank leaders, tech firms, blockchain entrepreneurs, innovative universities and think tanks, proactive government agencies, and even start-ups could invite politicians and bureaucrats to allow the anti-money laundering system to have a real impact on serious profit-motivated crime and other financially-indicated crime, including terrorism — with less harm, and less cost.

But, realizing the opportunity for change, with rules that make a difference — rather than onerous regulations hurting businesses, customers and taxpayers more than criminals — involves recognising reality.

The good news is that considerable evidence already exists.

Go forth, armed with evidence

Like climate change ‘known’ only by scientists four decades ago, researchers began exposing major problems, and solutions, a quarter-century ago — but, still marginalized by a stifling ‘official’ narrative, most of it remains misinterpreted or overlooked, amidst the ‘noise’ of incessant demands for “more of the same” regulations, rather than more effective rules.

Much of the truth about money laundering is therefore hidden in plain sight; with the public and policymakers unaware of abject failure, or the prospect of better results.

But, differences between climate change and the “war” against money laundering suggest optimism. First, the problems are merely difficult, not intractable. Second, evidence of failure exists, and acknowledging uncomfortable reality starts the process of overcoming it.

This is the first in a new series reaching behind the paywalls of academic journals to reveal:

If business and political leaders want crime prevention efforts to work, and if they’re tired of the tedious processes and the staggering cost of conforming to rules with almost zero impact, unreflective followership isn’t the only option.

But, to overcome any problem, first, we must recognise it. This new series systematically deconstructs arguably the world’s least effective anti-crime measure, and suggests an opportunity for better outcomes, with substantially less cost and hassle for legitimate businesses and ordinary citizens.

This article is curated from Medium. 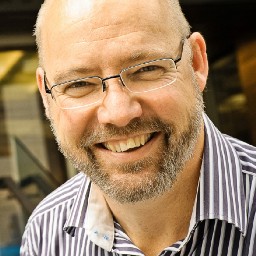 Dr Ronald Pol is a specialist in organised crime strategy for various law enforcement, regulatory, and policy agencies, and firms in New Zealand. He is also a principal at the AMLassurance.com think tank.