My experiences as a ‘job seeker’ reinforce the view that jobactive should be shut down. I chose the jobactive provider I went to because in my past role at Jobs Australia I had heard its senior managers boasting about the skills of their staff. To keep things fair, I told the workers I met about my knowledge of employment services and that I was taking notes of every appointment. These notes were so I could check what they told me to do was technically correct in relation to the guidelines and Social Security Act.

On the four months I was a job seeker

My first worker was new in the job and admitted she had not completed training. She refused when I requested the ‘think time’ that is in the guidelines, and was confused when told her I would not be signing the privacy waiver. Since I knew this appointment was an administrative formality to get on payments I did not worry about meeting the voluntary job application target the worker put in my job plan. This contrived target was irrelevant to the actual forms of job search and networking that would get me a job I wanted.

I was much more anxious before the next appointment, as I knew it would depend on the workers’ interpretation of work first rules as to what would go in my job plan. This worry was misplaced because I was told the IT system had not coded me as a parent and I was given full job search requirements (i.e. 20 job applications per month).   I was told to go to Centrelink to fix this and then wait for another appointment to get the job plan updated.   When I was threatened with penalties under the Targeted Compliance Framework I grumbled about how the media would be hearing about a single mother’s payments being suspended.

Regardless, I had no option but to get into Centrelink early one morning so they could refer the error to the IT department. For the next few weeks, I did the requisite job applications (sorry Bunnings, Cole and Woolworths!) and waited for the next appointment with a different worker for ‘Stream As’. I was nervous about having to explain my circumstances again and how this worker would interpret Work First rules that meant I would to have to take any old job or be forced into useless job search training.

This worry was misspent as the consultant was late and busy; she did not have an office for us to meet in, and waved at a bank of old computers and told me that as I was ‘six weeks in’ I needed to stay in the office and do three hours job search. I started blustering about Social Security Notification but she did not understand what I was talking about. I then explained I had kids to pick-up so she ‘let me go’ with another appointment soon after.

The ‘service’ from then continued just as pointlessly. The appointments were mostly short catchups in the run-down reception area with no privacy. The workers dressed in five-inch heels and face implants marched purposively past worn down ‘job seekers’ waiting to speak to someone about getting their payments unsuspended. I observed one Kardashian receptionist answering phone calls about missed appointments and slamming the phone down unsympathetically. Through the window of an adjacent training room, 10 conscripts looked brain dead as they sat through weeks of mandatory job search ‘training’. “Should you give your references if they are bad, the trainer asked?” Apart from overhearing that, I did not get any other advice on how to get a job. At each appointment, the focus was on updating the job plan, and a few probes to check that I was trying to find work. The relief I felt afterwards reflected how stressed I had been about what they would do next and all the wastes of time involved.

I knew from research what a difference subjective identification could make to how I was treated so I experimented with building rapport with the workers.  I told them I wanted to help them and they all complained about the amount of training and ‘compliance’ they had to do. But this did not save me from the forms of coercion they used to get outcomes or other payments. When I started working a few hours on a casual contract I was told I had to make the employer give me more hours so I would not have to do Work for the Dole.  I suspected this was so they could make a claim for an outcome payment and that miraculously by tree-shaking I would have to work for the dole would somehow make my employer increase my hours. I grew anxious about tracking towards Work for the Dole and the effort it would take get out of it. I considered cancelling Newstart so I would not have to deal with them anymore.

At my last appointment, I observed this kind of behaviour again. The consultant (late again) called me into the job search training room where we were observed by someone who did not bother telling me her name or role, who I assumed was a supervisor.  I had already emailed the worker I was starting a new job, and she was ready with a form to capture the employer’s details. I reminded her I had not signed the privacy waiver and told her that I would report my earnings online and they could track my outcome that way. I gave her a copy of the employment contract confirming my hours and rate of pay and checked the Found Own Employment box on the form.

She then started updating my job plan and asked the ‘supervisor’ how many job searches to put in it. At this point, I offered the view that I would be meeting my Mutual Obligation hours with this job so there should not be any job searches or appointments.  After some heated discussion, they agreed to drop the job searches but told me I was still required to attend appointments and the other default requirements of the job plan for 12 weeks.  I continued to argue that this was not what the Social Security Law demanded but they would not budge. I left the office angry, and later checked the guidelines and found that they could have exited me. It appears the reason the provider deliberately kept me on their ‘caseload’ was so they could get post-placement payments, and keep an eye on me while they tracked the job outcome. It was either that kind of rorting or just plain incompetence.

I was not going to publish this blog because my experiences are benign compared to the horror stories I’ve heard via the AUWU. But this last experience riled me and reinforced the reasons the employment services system needs to be overhauled completely, not just turned into a semi-digital workhouse. My experiences directly proved that jobactive does not help people find work, that it is staffed by badly trained workers who are incompetent in the administration of social security law, and who it must be assumed, are actively directed by managers to bend contract rules to increase profitability  None of which helps unemployed workers build the self-efficacy that helped me get a decent job.

This article is curated from Power to Persuade. 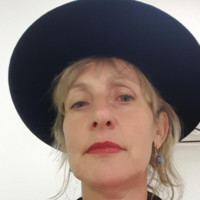 Dr Simone Casey is an associate of the RMIT Future Social Services Institute and a volunteer policy advisor with the Australian Unemployed Workers Union (AUWU). Simone currently is with the progressive policy think tank Per Capita.