The public service needs to be better at promoting integrity, better at embracing transparency, and better at working with its citizens and a growing variety of communities, writes Ken Smith.

I reflect now that Professor Weller’s position, while technically correct, actually applies to a very small cohort or senior public servants, most often involved in policy advice rather than managing service delivery. The great majority are involved in direct service delivery in areas such as healthcare, schools, police and emergency services, transport, and environment.

These public servants intersect with their clients on a daily basis (and, I have no doubt, believe they are accountable to them), and may progress through their career never seriously intersecting with a minister. They are trusted by the community because they are divorced from the political process — much more so than the politicians and, dare I say, senior mandarins, who are increasingly seen by the public as the insiders in our political systems and machinations.

Trust in public institutions is a valuable form of social capital. It is the prerequisite for many other policy levers to work, and for people to engage with, and often accept, change in our societal systems. This makes it alarming that trust in governments — both elected officials and senior public servants — is declining, particularly when, compared to 30 years ago, politicians and public servants face increased and increasingly complex pressures.

Trust and the role of the public service

The 2019 Edelman Trust Barometer found that only 48% of Australians had trust in social institutions — slightly below the global average of 52%. Only 56% of respondents reported trust in NGOs, 52% in businesses, 42% in governments, and 40% in the media. This loss of trust makes it urgent that the public service yet again reinvent itself to ensure that its core functions — advice to governments, policy implementation, and service delivery — are fit for purpose in the 21st century and to work to restore trust in the system. This difficult set of objectives cannot simply rely on old notions of representative democracy; it requires greater transparency and genuine engagement through considered and deliberative processes with the community. Failure in these objectives can result, as has become apparent in recent decades, in a loss of trust that ‘separate[s] bureaucrats from citizens, increases friction in society, produces suspicion of government motives and resistance to governments, even when it is against the citizen’s own interests’, to quote a recent paper for the Australian Public Service (APS) review.

The public service needs to be better at promoting integrity, better at embracing transparency, and better at working with its citizens and a growing variety of communities. This process must be centred on approaches that suit a ‘them’, not an ‘us. The key long-term challenge is how to help governments become more engaged with citizens and involve them more fully in policy development, ensuring that the political system does not simply engage with narrow sectional interests.

Australia’s past history of successful policy reform often required brave political leadership. It also required advice from the public service that was not part of any existing orthodoxy. Some of the most successful examples of complex public policy — such as the implementation of compulsory superannuation — have come from an attempt to look at reform that can achieve far-reaching outcomes for the broader community.

Public servants must be vocal about the challenges we face, and the need for governments to take a long view. This was once part of the culture of the public service, but in many cases it has been replaced by a timid approach that fails to understand the historic role of public servants as providers of frank and fearless advice. It also fails to grasp the potential impact of senior public servants on improving policy and service-delivery outcomes.

While providing frank and fearless advice does mean some advice needs to be kept secret, public services must always push back against unnecessary secrecy. The notion that greater transparency, such as that provided by freedom of information (FOI) regimes, can lead to a diminution of the public service’s advisory capacity is simplistic. Public service advocates of this position (of whom there are many) posit that advice given by the public service could embarrass the minister or government if made public, and could therefore significantly affect the productivity and trust relationship between the public service and the political class. This, however, supports a fallacious notion of trust. The focus must be broadly on promoting public trust in our institutions as a whole, not between discrete segments of them.

The wider issue of transparency is one with which the government has always struggled, and it is an area in which public services are at least as culpable as elected representative. Government processes cannot be separated from the issue of trust. Not everyone will agree with every government decision, but improvements in transparency can build trust more broadly. Take the example of our nearest neighbour, New Zealand, where Cabinet documents — with a few exceptions — are made available after 30 days, with no negative impact on the quality of Cabinet deliberations. Rather than making secrecy and confidentiality the default positions, documents and data should be made available as a matter of course, unless there are compelling reasons not to. It’s no surprise that New Zealand consistently has the highest levels of trust internationally and rates at the top globally for transparency and open government.

Embedding integrity in the public service

Institutional integrity should also be part of the core public service mission. One of the APS review papers, relating to integrity, referred to above argues for developing various approaches to institutional integrity, where integrity is defined as a collective virtue of the institution itself, achieved by the coordinated stewardship of its public officers. Leaders and officers should not only comply with rules and promote shared values; they should also take leadership and responsibility for ensuring that the combined effect of those actions is an institution that the public regards as consistent, coherent, legitimate, praiseworthy, virtuous, and trustworthy.

The quickest way for public services to lose their public’s trust is to be caught acting corruptly. Misbehaving individuals can be removed and punished, but the damage to the system lingers. In this regard, it is vital that a federal anti-corruption commission be established — but integrity must move beyond simply the absence of corruption. The work of an anti-corruption body should therefore be complemented with a pro-integrity focus that monitors and lifts general standards across the public service. It should not be left to politicians to debate these issues; public sector leaders must take responsibility and advocate for integrity reforms that support their own long-term stewardship of the public sector.

Trust in government must be maintained because, as the economist Professor Mariana Mazzucato states, the public sector must continue to create substantial value for the public and for those private organisations that reap benefits from the trail blazed by earlier public programs. Now more than ever, we must see the public service itself as one of the important pillars of our democracy, advocating internally and externally for policies that promote public trust. Public servants have an important stewardship role in terms of improving transparency, integrity, and engagement with citizens. This is not a distraction from the work of delivering on the policy reforms of any given government. It is an essential part of it. 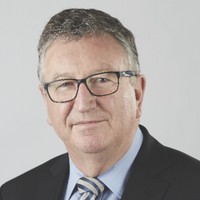 Ken Smith is the chief executive officer and Dean of The Australia and New Zealand School of Government (ANZSOG).