Johns Hopkins University’s Center for Systems Science and Engineering has made roughly 50% of coronavirus news redundant with an interactive, real-time dashboard of global cases.

Launched 22 January, the map sources data from WHO, CDC, ECDC, NHC and DXY, and local media reports, and does a genuinely effective job of displaying the location and number of confirmed cases along with deaths, recoveries, and chronological data.

For more on the tracking front, Wired reports how metagenomic sequencing technology backed by Bill Gates and Mark Zuckerberg is being used to trace the spread of the virus.

As Japan reports its largest single-day spike of 54 new cases, an article by the Australian Strategic Policy Institute’s The Strategist from just Monday looks frankly Cassandra-like in warning against the government’s early muddled public communications and lack of any kind of coherent national response.

Conversely, a new Vox interview unpacks how travel bans, quarantines, surveillance steps, social distancing, and other measures has seen Taiwan bring in millions of visitors from China since December and record just 45  cases in total.

Coronavirus vs the tech industry

PCMag has published a fairly comprehensive list of how the major tech companies have been hit in terms of infections, manufacturing closures, cancelled conferences, and more, with Amazon Seattle one of the worst American examples, at 70 confirmed cases by 6 March.

There’s also some exploration of how companies are adapting, with Samsung moving production out of China and Foxconn — Apple’s manufacturing partner on the iPhone, which has been forced to shut down some factories completely — expected to move from 50% production this week to 100% by the end of the month.

In terms of specific products, Statista reported in late February that analysis by Chinese market research company TrendForce has smartwatches as the biggest immediate loser, with an expected -16% production rate for the first quarter of 2020.

In related tech news, Uber has released a guide for both drivers and customers on vehicle hygiene, sick leave, “Leave at Door” delivery options, and more.

When should we start closing schools?

As schools across Sydney and now Melbourne begin temporary closures, it’s worth asking when, exactly, should schools shut down amidst the outbreak.

A new Science interview with Yale social scientist and physician Nicholas Christakis explores some of the data around reactive and proactive closures, arguing the latter is “one of the most powerful nonpharmaceutical interventions that we can deploy”.

Citing an analysis of the two measures during the 1918 Spanish Flu, he notes that St Louis, with proactive closures, recorded a death rate roughly one-third as high as Pittsburgh’s with reactive:

Christakis does acknowledges health and economic costs of school closures — i.e. free lunches, childcare, job opportunities — that necessarily require government assistance, and argues jurisdictions should consider both the number of regional cases and type of region in deciding when to close i.e. “If you’re in a mid-sized town you might say, as soon as there’s a community-acquired case in my town, whether it’s in my school or not, I’m closing my school.”

As The Grattan Institute has unpacked on its blog, Australia hit its 100th case on Tuesday, with the gulf between whether we mirror Hubei or Hong Kong now frankly massive.

Whether we sink or swim now rests, in part, on the federal government’s $2.4 billion medical response package, which, according to yesterday’s press release, will be broken down by primary care (i.e. include 100 pop-up clinics, e-health and home medicine services, and a new hotline), age care, hospitals, research, drug and equipment supply, and communication services.

The government will also today announce its multi-billion-dollar economic stimulus package, $8.7 billion of which, The Conversation reports, will be spent on $25,000 handouts for small and medium-sized businesses, an apprenticeship subsidy, and new incentives for equipment investment.

On the state front, the ABC reports that NSW Australian Medical Association has complained of confusing guidelines over “who to test, when to test them, how to test them, and where to test them”; Victoria has activated its State Control Centre ahead of severe disruptions — i.e. school and event closures — expected within weeks; and the Northern Territory has cancelled “non-essential trips” to Indigenous communities amidst severe risks.

And in other local highlights, our friends at Crikey Inq have explored what the virus means for the Australian travel industry, while The Conversation reports how Sickness Allowance — which Centrelink will only offer for the next nine days, before it’s subsumed into other jobseeker payments — creates a perilously long wait for any workers forced to quarantine without paid sick leave. 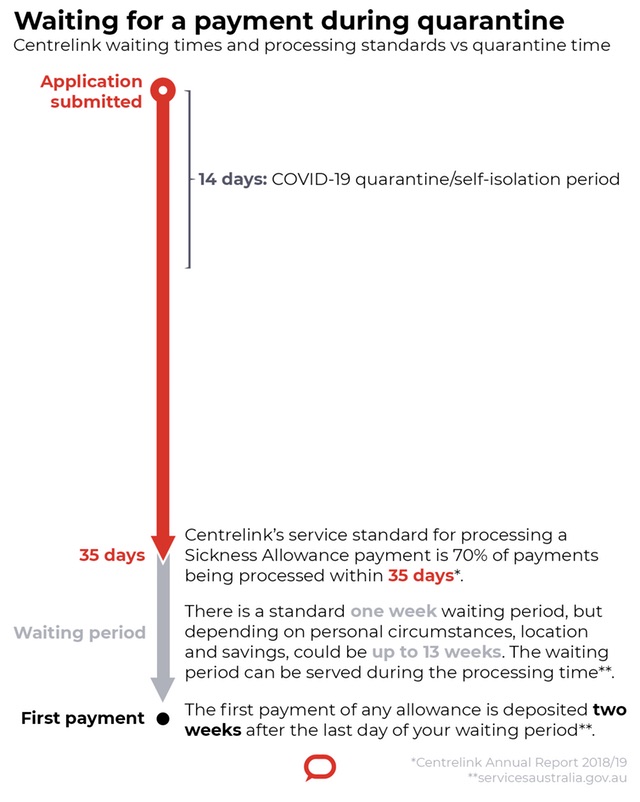 The outlet has been absolutely pumping out stories: yesterday saw roughly a dozen new expert reports, from analysis of the new e-health system to economic lessons from the Spanish Flu to record low levels of public trust in government.

The getting of news

Far be it from journalists to write about ourselves, but AP has run through some of the impacts of coronavirus on the media itself, including but not limited to the Washington Post encouraging staff to work from home, Los Angeles Times restricting air travel, and CNN eliminating the live-audience for Sunday’s Biden vs Bernie debate.

While certain aspects of journalism are uniquely primed for working from home — listicles and op-eds can kind of be written from wherever — the outbreak has also fostered some coronavirus-related travel journalism; see, for example, The Guardian’s Brigid Delaney’s stories from Bangkok and Siem Reap.

Finally, today’s headline of the day goes to… 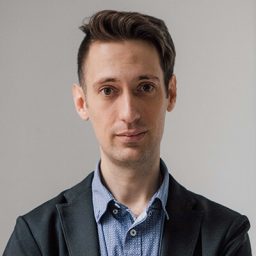