It’s getting hard to read the news without coming across a company promising to “reach net zero” or go “carbon neutral” or even become “carbon negative.”

Mining company Rio Tinto and airline Delta are among the latest companies announcing plans to go carbon neutral, while Amazon, Apple, Tesla and other tech giants are all committed to dramatically reducing their carbon footprints.

So what do all the different pledges mean and how can you compare them?

Net zero: Net zero means that any carbon dioxide released into the atmosphere from the company’s activities is balanced by an equivalent amount being removed.

Carbon neutral: Carbon neutral is slightly different, allowing companies to measure the amount of carbon they release and offset that with a reduction in emissions or a removal of carbon. This can include buying carbon credits to make up the difference, making it appealing to companies that produce a lot of emissions.

Carbon negative: The next step — becoming carbon negative — requires a company to remove more carbon dioxide from the atmosphere than it emits.

In Microsoft’s case, the company has promised to become carbon negative by 2030 and, by 2050, remove all of the carbon the company has emitted since it was founded in 1975.

This includes using electric vehicles, planting new trees, carbon capture and storage, as well as direct air capture — in which air is sucked out of the atmosphere and the carbon dioxide is removed before returning the cleaner air to the environment. Microsoft will also set up a $1 billion Innovation Fund, to develop carbon removal technology.

Amazon has pledged to use all renewable electricity by 2030. Jeff Bezos, Amazon’s chief executive and one of the world’s richest people, pledged $10 billion to the Bezos Earth Fund that will fight climate change.

Global warming and other environmental concerns are rising up in business’ agendas, bolstered in part by campaigners like Greta Thunberg. The United Nations says climate change is the defining issue of our time and without drastic action, adapting to the changes it will bring will be difficult and costly.

Companies are in the spotlight since studies show they’re responsible for the lion’s share of greenhouse gas emissions, creating a blanket of gas that traps heat and raises Earth’s temperature.

Amazon’s corporate carbon footprint alone — measured as the total greenhouse gas emissions attributed to its direct and indirect operational activities — rivals that of some small nations.

But for many companies, the narratives have changed, acknowledging the need to find long-term solutions that create real impact.

Microsoft announced a detailed plan that it says is grounded in science and maths, alongside interim goals spelling out how it plans to get there.

“Those of us who can afford to move faster and go further should do so,” Microsoft said in a video. “The stakes are too high for us to not make bold changes now.” 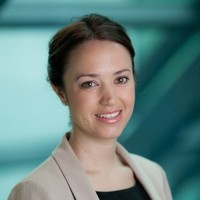 Emma Charlton is the deputy team leader of writers at Formative Content. She has been a journalist at Bloomberg and Dow Jones.