As states and school districts consider closing public schools amid the coronavirus pandemic, educators are debating moving instruction from classrooms to families’ living rooms via the internet. But setting up online schools wouldn’t be easy and, according to research, moving from the actual classroom to a virtual classroom can hurt student performance.

As Education Week recently reported, “E-learning has been touted as a potential tool for minimising disruption and keeping instruction flowing during an extended break — but significant gaps in access and resources mean not all schools are prepared to offer virtual classes, and not all students are equipped to learn online.”

Over the past 20 years, virtual schools have become a popular alternative to traditional, brick-and-mortar schools. School choice advocates promote them as a way for kids to complete lessons at their own pace in almost any location, a significant benefit for families in rural areas as well as students who need or want more flexible academic schedules.

Journalists and others, however, have raised questions about student performance and whether states are giving online schools adequate oversight. A 2016 investigative series published by The Mercury News found, among other things, that most California students attending a virtual high school managed by the for-profit company K12 Inc. do not earn a diploma.

Across the country, hundreds of thousands of kids attend online schools. In 2017-18, 501 virtual schools served 297,712 students, according to a report released last year by the National Education Policy Center at the University of Colorado Boulder. The report also shows that, on average, 50.1% of virtual high school students graduate within four years, compared with 84% of high school students nationally.

As online schools have drawn more students, researchers have investigated their impact on instruction, student achievement and parent involvement. School district leaders who are weighing the possibility of closing campuses to prevent the spread of the coronavirus should read up on the potential pitfalls of online instruction for kids in kindergarten through twelfth grade, recommends June Ahn, an associate professor of learning sciences and research-practice partnerships at the University of California, Irvine’s School of Education.

“A growing number of studies show a negative impact on student achievement when K-12 students move to online formats compared to their usual in-school experience,” explains Ahn, who’s also co-editor of the academic journal Educational Researcher and associate editor of the Journal of Information and Learning Sciences. “I would pause before deciding to move to virtual schools as a first strategy.”

For schools that insist on pursuing online instruction, Ahn notes that putting educational content online fills but one need — access to content. The most important element of effective virtual learning, he says, is fostering interaction between teachers and students, between school support staff and families and among the students themselves.

He suggests district leaders think of creative ways that teachers can guide and support families using whatever technology is available them — for example, email, text messaging and phones. Lower-income families might not have access to computers, video conferencing and online learning platforms.

“Beyond merely ‘going online,’ thinking out of the box, in terms of how educators and staff can provide some level of personal interaction, support, and guidance to families, during this unique time, may yield some innovative ideas,” Ahn says.

As journalists examine the issue, they also would benefit from reading research on virtual schools and online education more broadly. Below, Journalist’s Resource has gathered multiple studies that look at the characteristics of virtual students, the reasons families choose virtual over traditional schooling and how children perform in online schools, including online charter schools.

2. “Virtual Schools in the U.S. 2019”: By Molnar, Alex; et al. Report from the National Education Policy Center at the University of Colorado Boulder, 2019.

Summary: This 125-page, peer-reviewed report takes a broad look at the characteristics and performance of publicly funded online schools. Among the key findings:

Summary: Researchers examine the academic outcomes of Florida high school students who attend brick-and-mortar high schools but take some of their courses online. A main takeaway: Students tend to receive higher grades in online courses. However, researchers could not determine whether that’s a result of better student performance or factors such as more lenient grading standards.

Researchers also find that student outcomes vary according to the reason students decided to take the course virtually. “Students taking courses for the first time tend to see less positive longer-term effects when taking courses virtually,” they write. “When compared with their same-school peers, virtual students are less likely to persist in school through the final term of  a projected Grade 12 year and are marginally less likely to take and pass the next same-subject course in the high school sequence. However, students retaking courses that they had previously failed see some benefits from online course taking, being more likely to pass the contemporaneous course, more likely to take and pass the follow-up course, and more likely to persist through 12th grade.”

Summary: This study examines the characteristics and performance of students who attend virtual charter schools in Ohio. The study suggests that in urban and suburban school districts, white students are more likely to enroll in online schools than minority students. It finds that virtual students may not be learning at the same rate as students in traditional public schools and charter schools. Also, even though “higher achieving students do better in e-schools than their lower achieving e-school peers, in most cases, they do not perform as well as they would have in traditional public schools.”

Summary: This case study focuses on a cyber charter high school in Utah. Teachers are asked to describe the role parents play in monitoring and motivating their children in a virtual learning environment. Teachers “commonly found that parents lacked the knowledge and skills to provide students with the necessary instructional support. This was especially true in math and science courses.” In general, parents with homeschooling experience had difficulty giving up control of their children’s coursework to virtual teachers while parents whose children had only attended brick-and-mortar schools needed to become more involved.

Summary: This paper looks at the challenges and benefits of online schools as a growing phenomenon in K-12 education. Among the benefits: Online schools cost less to operate than brick-and-mortar schools and students are able to do their work anywhere, any time. Some of the challenges: Inadequate government oversight, high student attrition and a lack of research about best practices.

This article, originally posted in 2017, has been updated with new research, reports and other information. 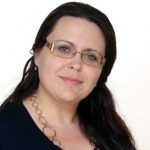 Denise-Marie Ordway is a journalist at the Journalist's Resource, a publication of the Harvard Kennedy School's Shorenstein Center on Media, Politics, and Public Policy.