The Tokyo Olympics have been postponed until 2021 due to coronavirus, ending weeks of speculation over whether they would go ahead in July.

The International Olympic Committee (IOC) made the decision after Japanese Prime Minister Shinzo Abe asked for the Games to be postponed for one year in response to the global disruption caused by the COVID-19 pandemic.

Abe told reporters: “We agreed that a postponement would be the best way to ensure that the athletes are in peak condition when they compete and to guarantee the safety of the spectators.”

The IOC and the Tokyo 2020 Organising Committee said in a joint statement that the Games “must be rescheduled to a date beyond 2020 but not later than summer 2021, to safeguard the health of the athletes, everybody involved in the Olympic Games and the international community”.

Just a few days ago, the IOC insisted there were no plans to delay. Canada and Australia, however, said this week that they would not send athletes to the Games.

Kirstine Stewart, Head of Shaping the Future of Media, Entertainment and Culture at the World Economic Forum, said: “The organisers of the Games ultimately faced little option but to take this decision, which is necessary to protect the health and safety of athletes and supporters, as well as the immense supporting industries that contribute to the running of the Games — from content production to hospitality.”

It is a major blow to the media industry. Stewart said: “The television sector — which has been challenged for a while by streaming video on-demand services — is the most obviously impacted. Live sports represent one of the most important programming opportunities for broadcasters in terms of the ability to bring in advertising revenue and attract and retain subscribers. Already, billions of dollars of the most popular advertising inventory have vanished as a result of the suspension of the major sports leagues around the world.”

It is particularly tough for a TV network to replace the Olympics in its schedule. Stewart says: “In the US, perhaps the most lucrative market, NBCUniversal has booked more than $1.25 billion in ad sales against around 7,000 hours of content across TV, streaming and social media. And it’s not just broadcasters that will be looking for ways to respond, major brands are also going to be hit because sponsoring and advertising during the Olympics is their way of connecting with a global audience.”

Some 3.6 billion people watched the most recent Summer Games, held in Rio de Janiero in 2016. Stewart says: “In these difficult times, the postponement of the Games is also a blow to consumers. The entire economy is going through a massive shock. Sport has an incredible ability to bring people together and represents ideals we all strive for — leadership, teamwork, personal health, self-reliance and incremental improvement. The unifying power of the Olympics is something all of us will miss (even temporarily) during the difficult situation the world finds itself in.”

Athletes broadly endorsed the delay, given the health risks and disruption to their training as gyms, stadia and swimming pools shut down around the world. Eliud Kipchoge, the Kenyan long-distance runner, was one of many to praise the decision on Twitter.

All in all a very wise decision to postpone the Olympics until 2021. I look forward to come back to Japan to defend my Olympic title next year and look forward to witness a wonderful event. I wish everybody good health in these challenging times. 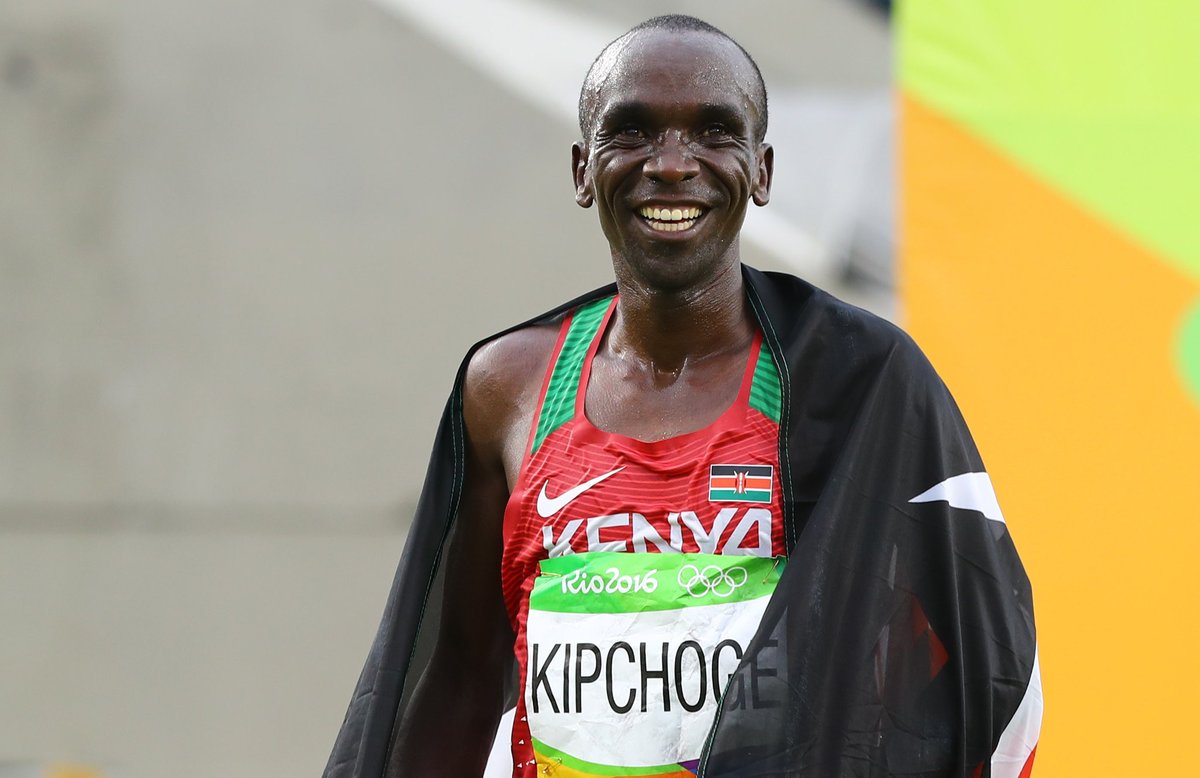 The Olympic flame has already been lit at Olympia in Greece and carried around Japan in a now-canceled torch relay. It will stay in the host nation until the Games are held. The IOC president Thomas Bach said: “This Olympic flame will be the light at the end of this tunnel.” An “unprecedented challenge for mankind” had inevitably led to an unprecedented challenge for the Games, he said.

It is the first time the Olympic Games have been moved or delayed in their 124-year modern history. Games were cancelled in 1916, 1940 — also a planned Tokyo Games — and 1944, during the First and Second World Wars. Major Cold War boycotts disrupted the Moscow and Los Angeles Games in 1980 and 1984.

Returning to the re-imagined workplace