My mother would come out with the quaintest of pronouncements. One favourite turn of phrase, after listening to the nightly news on the radio, was: “There. What did I say. You never can tell.”  I suspect I took on that oft-repeated statement as something of a challenge when shaping my current career as a socio-politico-economic futurist. We will always live with the unknown and, quite probably, the unknowable. But some things you just know are going to happen. Sometimes you can tell.

Take the current pandemic, for example. It has been on my radar for some time. We did see this one coming. Not necessarily this year of course — only supremely confident fools would predict precisely when such entangled patterns were likely to converge into a material event of any consequence. There is too much ambiguity and volatility to risk making such predictions.

But the blend of globalisation, an increasingly nomadic population of around 7.7 billion, and modern disease vectors were always going to create conditions in which viruses can flourish. In many respects the current pandemic is a foreseeable consequence of the world we have created — shaped by our sense of exceptionalism and the notion that we are somehow separate from, and superior to, other species.

What I do find alarming is the unwarranted finger-pointing when we have all been spooked by events. COVID-19 is not a new virus. We have known about it since the late 1960s. A SARS-coronavirus detection technology was patented in the US in November 2003, and scientists have been warning us of a global pandemic on this scale for many years. Yet we find ourselves relatively unprepared — emotionally, economically, socially, and politically.

In some respects, this — what we are now living through — is a false crisis. In Australia, the annual flu epidemic will kill far more people than COVID-19. Don’t misunderstand me: I am not treating this pandemic casually or retreating from an acceptance that large numbers of people will die. This is certainly a crisis for the elderly, especially those with weak immune systems and with pre-existing respiratory and cardiac conditions. But not for most people.

Or at least — it didn’t need to be! We are held captive in a particular narrative — a story shaped by rates of infection, morbidity rates, and the total number of deaths in any country. This narrative in which we are now trapped, the way the government has chosen to tell the story — generating anxiety and fear even if that was not its intention — and the draconian regime it is now having to impose without a shred of evidence it knows what it is doing was always disconcertingly reckless.

“A different understanding of available data might have led to alternative responses.”

As a consequence, we are having to use a sledgehammer to crack a nut. A different understanding of available data might have led to alternative responses. For example, if we had targeted those most likely to contract the disease and safeguarded them in the ways we are now intent on protecting the entire community, we could have avoided potentially devastating social and economic consequences in the years ahead.

Even now, we could be heading for a global depression similar to that experienced during the 1930s. The conditions today are very different of course. But that does not mean we shouldn’t worry.

Australia was already in the grip of a high street retail recession. Current reactions to the pandemic will make matters worse before they can get better. Unemployment will skyrocket. Many businesses will lack sufficient resources to recover. The public healthcare system will be pushed to the limit. For vulnerable people already living on the edge, the rounds of enforced restrictions, self-quarantine and social isolation will cause more mental health issues. Cases of domestic violence, too, are set to soar.

So, a global economic downturn later this year is almost unavoidable. Much depends now on how we weather the storm. And by that I am not referring to the virus so much as the panic it is causing. Not all is doom and gloom of course. There are several changes in the air that could benefit all of us.

“We are seeing clearly how the economy must be in service to the public interest — not the other way around.”

We can expect a cleanout of the economy. At the same time, we are seeing clearly how the economy must be in service to the public interest — not the other way around. Perhaps COVID-19 will accelerate the trend to place societal health & wellbeing ahead of corporate profits and individual affluence. One outcome of that might be the ability just to lead simpler, happier, more fulfilling lives.

A far more intriguing factor is also beginning to surface. It concerns quality of life. When people see the result of their activities up close, it becomes exceedingly difficult to persuade them to go back to something less desirable. So, experiencing the shoals of fish returning to clear waters in the canals of Venice is already provoking local council discussions about how this state of affairs can be preserved without damage to the local economy. Likewise, the citizens of Wuhan are breathing fresh air, seeing blue skies and unfiltered sunshine for the first time in over a decade. A return to the old smokestack industries cannot be assumed when public feelings run high.

As we recover our senses, and life begins to return to something approaching normality, perhaps we will see a shift to greener, cleaner means of production, and a deeper appreciation of nature as an integral part of how we manage the economy rather than as something external and separate from it.

On a more practical level, we are certainly going to see a huge increase in the numbers of people wanting to work from home rather than make the daily commute into the city — and all the urban transportation, environmental, and health hazards associated with that practice.

Tools enabling us to work from home are readily available. Myths concerning the need for city-based cathedrals of commerce and the social activities they deliver have been laid to rest as more and more businesses discover they can do without them. Rules and routines we thought indispensable have been shown to be arbitrary. We also have proof at last that working from home can be far more productive, especially for women who do most of the unpaid caring and domestic work in our society and are not financially rewarded for that.

One final thought. This pandemic is not unprecedented. The H1N1 pandemic of 1918 (the so-called Spanish flu) infected around 500 million people — a quarter of the population — and killed anywhere between 17 million to 50 million. Some estimates put it as high as 100 million. But even the deadliest of pandemics give us a chance to hit the reset button, the potential benefits of which should not be overlooked.

The Black Death in 14th century Europe eventually led to the realisation that if more people could read and write the loss of life could have been far less. The notion of universal literacy was arguably the single-most important factor to usher in the Industrial Revolution centuries later. Spanish flu, too, allowed us to see the wisdom of having a social welfare safety net in place for certain sectors of the community.

So, all plagues bring gifts in their wake — if we are open to seeing them. The COVID-19 pandemic is inviting us to reconfigure and reframe the relationships we have — not only with each other, but also with nature, as the spectre of factory farming and wet food markets are put under the microscope.

From time to time, most futurists cast their glance away from the spotlight and into the shadows to see what exists on the edge of our consciousness. It is my belief that the great pestilence we have been promised in the future is just as likely to come from unfamiliar pathogens locked away for centuries under Tibetan glaciers and released by the melting ice caused by a heating climate.

That could happen at any time now. And that outbreak will be unprecedented. But let’s not wait until then to find out, exclaiming in feigned surprise: There! What did I say. You never can tell… 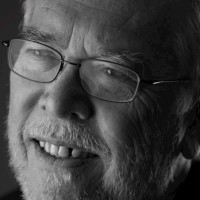 Richard Hames, an anticipatory foresight practitioner, is the founder and chair of the Centre for the Future, a global community of thought leaders and design practitioners devoted to the conscious evolution of societies.