Reflections on an Australian version of the TraceTogether app

According to ZDNet, parliamentary discussions have accelerated this week over an Australian version of TraceTogether app. As an ABC analysis details, the government is also grappling with the challenge of convincing Australians to adopt a tracking app at an identified target of 40%, a substantial goal when even Singapore currently sits at around 20%.

Where is the government now?

Chief Medical Officer Brendan Murphy reportedly told a New Zealand parliamentary hearing this week that Australia is “very keen” to use the app, confirming the government has taken up Singapore’s open-source code and hopes for a greater rollout.

Meanwhile Minister for Government Services Stuart Robert announced that a local version is still some weeks away from going live, but is in the final stages of a Privacy Impact Assessment, with “very strong cybersecurity assistance” from the Australian Cyber Security Centre and the Australian Signals Directorate.

Robert announced that the the government is not working with either Apple or Google, nor would it be doing the tracking nor surveillance; instead, like the original app, Australia’s would apparently work through bluetooth connectivity and, if a user declared they were infected, a medical directory would then inform other users who had made contact for at least 15 minutes.

In theory, and going from Germany’s approach to the distinction between location and contract tracking, a local version of TraceTogether could be an effective form of tracking cases without violating privacy right; as academics and privacy campaigners wrote in Netzpolitik, rapid contact tracing as a “central precondition” to loosening lockdown measures.

However, on 6 April, Australian computing experts at Macquarie University and University of Melbourne warned of significant privacy failures in a study of the original app, ‘On the privacy of TraceTogether, the Singaporean COVID-19 contact tracing mobile app, and recommendations for Australia‘.

For clarity, it is important to first establish that the app operates by:

In their review of the app’s privacy features and failures, the team found that the app does provide privacy from other users and ‘snoopers’ (aka hackers).

Thus, a curious Central Authority might be able to obtain and decrypt data logs from a large number of users yielding to potential mass-surveillance threat. Furthermore, even though the local on device data logs are deleted after 21 days, there is no guarantee that the data logs decrypted at the Authority server would also be deleted.

With the final three warnings in mind, the team recommend that:

In a similar report, ‘The Challenge of Proximity Apps For COVID-19 Contact Tracing‘, attorneys and an engineer at the Electronic Frontier Foundation’s civil liberties team identify issues relating to effectiveness, surveillance, privacy, transparency, bias — i.e. the fact that apps necessarily exclude individuals without access to the technology — and expiration.

How America could be changing for both the better and worse

On 9 April, The New York Times launched ‘The America We Need,’ an opinion series exploring how the nation “can emerge from this crisis stronger, fairer and more free”. For how it came to be, check out the Editorial publication and podcast, or editor’s letter on how it emergent following a planned inequality project.

In the latest article, ‘What Do You Owe Your Neighbor? The Pandemic Might Change Your Answer‘, the outlet partnered with members of FAIR — Centre for Experimental Research on Fairness, Inequality and Rationality for a survey on how the pandemic has changed people morally.

Surveyors found that, almost paradoxically, the pandemic has increased Americans’ feelings of solidarity with others, as well as their acceptance of inequalities due to luck; the latter, NYT writers found, is worrying in that “may work in the opposite direction, undermining efforts to help these groups and reduce inequalities”.

“For the moment, the survey suggests that the shifts are effectively canceling out each other, leaving overall support for policies such as universal health care unchanged.”

In other, much bleaker examples of how the pandemic has impacted America:

On the home front

Last night, the ABC reported that the federal government will pledge $165 million to underwrite domestic Virgin and Qantas flights to capital cities, as well as around a dozen regional centres, over the next eight weeks. This follows existing support for the airlines to maintain international routes to Los Angeles, London, Hong Kong and Auckland.

We’re here to help you get home ✈️. Today we announced that we’re bringing back a limited domestic flying schedule from tomorrow until 7 June 2020. Flights will progressively go on sale from tonight, book now: https://t.co/yBaCsIyO0h pic.twitter.com/b8NCW2hyN6

Eighty-three testing sites will be rolled out across at-risk Indigenous communities with the 45-minute Xpert SARS-CoV-2 test, which, as SBS explores in more depth, should come as a relief for communities in areas such as the Kimberley where results can currently take up to 10 days.

Three tests, elimination, and a possible end of the beginning?

Finally, after guaranteeing that current measures will remain in place for at least the next four weeks, the ABC reports that Scott Morrison has outlined a three-point-plan Australia would have to implement before relaxing any existing rules:

According to The Sydney Morning Herald, the criteria drop as fresh modelling from Doherty Epidemiology suggests social-distancing measures are keeping the pandemic at a low enough level where the virus could be eliminated from mainland Australia in a matter of months.

As optimistic as that may sounds, also consider a new Science report, written by Harvard immunologists and epidemiologists, suggesting that subsequent global waves of the virus, possibly heightened during winters, “could occur as late as 2025 even after a prolonged period of apparent elimination.” In the absence of new treatments or a vaccine, the team posit that:

“… surveillance and intermittent distancing (or sustained distancing if it is highly effective) may need to be maintained into 2022.” 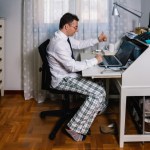 Working from home – has it worked? 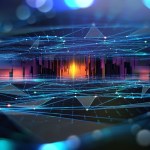 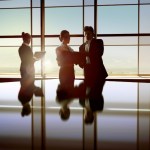 Overcoming the ‘no alternative’ myth: how de-privatisation is already occurring for failing services 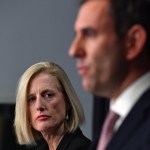 MoG and the APS recast & rebuild 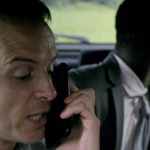 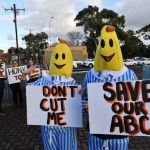 It’s not only News Corp and the Coalition. The ABC is a victim of its own culture wars