In politics, as in life, there’s an eternal struggle to comprehend what might have been when we lived through what was. As this decade ends, there will be a vigorous debate about what would have been had the Morrison government not acted as it has.

Labor’s crisis management and stimulus through 2008 and 2010 avoided a recession, but the people who lived through the period never felt the bullets Australia dodged, or understand the depth of the recession in those countries where the bullets didn’t miss.

This time, the bullet of recession will find its mark in Australia. And as a result, I believe we need a deep discussion about a new social contract for the 21st century.

The New York Times recently observed “crises expose problems, but they do not supply alternatives, let alone political will. Change requires ideas and leadership. Nations often pass through the same kinds of crises repeatedly, either unable to imagine a different path or unwilling to walk it”.

Unquestionably, there is resistance to more activist government, but though deeply-held, it is narrowly-based, and right now even business doesn’t really believe it, being heavily into the “socialise the losses” section of the business cycle that I recognise so well from 12 years ago.

Back in October 2008, Labor adopted the mantra of “go hard, go early, go households”. When the global economy fell off a cliff over the Christmas of 2008-09, we resolved to use overwhelming force. An additional stimulus was deployed in February 2009 of $80 billion in today’s dollars targeted at infrastructure investment as well as cash payments.

Its size shocked the nation, but that stimulus saved our economy as the rest of the world plunged deeply into recession. Even so, our political opponents derided it as excessive and began a 12-year-long deficit and debt hysteria campaign targeted at undermining Labor’s economic credibility.

You won’t hear that again.

Until their third stimulus in March this year, the conservatives had not learned the lessons of the last crisis.  Then, 11 years on, the Morrison government delivered a $130 billion stimulus package, centred on wage subsidies that Labor had campaigned for.

But I am sorry to say history tells us there will have to be more support for our economy.

That history shows the global economy has been stuck in a low-growth trap for the dozen years since 2008. It shows that weak and anaemic growth is a product of growing income inequality.

In 2015 even the International Monetary Fund, once a bastion of neoliberalism, concluded that a declining proportion of GDP going to low- and middle-income earners was a handbrake on growth and higher living standards for all.

And that history shows the political cost of inequality. It’s now well documented that the low wages and insecure work imposed on working class communities, along with the hollowing out of the middle class, caused political polarisation that has led to the rise of radical right wing populist movements.

So as this latest crisis hit we were still living with the economic and political consequences of the last one.

The conundrum is: will the Australian government and other G20 economies, after putting in place their initial response to this pandemic, make the same mistake that was made after the Great Recession and continue with the neoliberal model — small government, less taxation, less regulation and lower wages?

But what we require now is what the world didn’t get following the Great Recession: a new social contract.

That task presents some key challenges:

It’s no stretch of the imagination to think we can all heed the experiences and lessons of the last crisis to walk a path from which we will emerge a stronger nation with deeper resilience to inevitable future.

This article was first published in our sister publication Crikey. 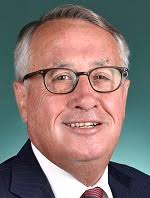 Wayne Maxwell Swan was the Deputy Prime Minister of Australia and Deputy Leader of the Labor Party from 2010 to 2013, and the Treasurer of Australia from 2007 to 2013.