As we confront the huge resource demands of the COVID-19 crisis and the economic trials of a post-COVID world, discussions about how best to ‘improve’ the efficiencies of not-for-profit organisations are beginning to surface.

While recognising the very real resource challenges that society as a whole — and the not-for-profit sector in particular — is facing, it is concerning to observe the strong resurgence of a discourse of ‘efficiency through amalgamation’ appearing in these discussions. Amalgamations and rationalisations of organisations are a likely pragmatic response to some of the resource constraints the sector is facing, and will make absolute sense in terms of effective service delivery in some contexts, but this approach is not a singular recipe for better civic infrastructure.

As the late Mark Lyons observed, one of the intrinsic values of civil society is that it gives expression to diverse collective human aspirations. While the not-for-profit sector is itself not a proxy for civil society (which is more than formally constituted organisations), it is worth noting that a significant proportion of Australian not-for-profit organisations are not dependent on government or institutional philanthropic support and are not in the business of service delivery on government’s behalf.

Among those that do deliver government-funded services, it is worth noting they have been historically inducted into this work in part because of new public-management imperatives of smaller government, but also because larger institutions have recognised that smaller not-for-profits typically command greater community trust and have stronger on-the-ground networks than do government and corporate organisations with excluded people and places. These assets are largely connected to the size and local embeddedness of these organisations — the very characteristics that are potentially eroded by ‘efficiencies’ created through rationalisation and amalgamation.

Over 25 years, my own research has repeatedly found that social innovations are most likely to be produced by medium-sized organisations that have the internal resources and culture to support experimentation and change, and by smaller organisations that join up with other organisational types to ‘scale deep’ into community and respond creatively to shifting community needs.

Conversely, I have conducted research that has found that smaller not-for-profit organisations that operate in isolation from other organisations are often less impactful and less likely to be adaptive to changing social demands. In relation to evaluations of public programs of which I have been a part, findings have repeatedly suggested that Australia’s large geography and dispersed and multicultural demography require smaller satellite organisations and individual people who span boundaries between places and sectors to ensure that people most in need of support receive it effectively. None of this evidence supports the idea that a monoculture of larger-scale organisations that are one-step removed from people and place has the capacity to meet our diverse social and civic needs.

Now, more than ever in my lifetime, we are reminded of the existential human need for connection, of the material and emotional benefits of local support, and of the creativity that emerges from smaller groups of people sharing their assets and aspirations. The nature of the pandemic itself also shows us that, while coordination of response and resources is critical, over-concentration of the latter leaves our services system vulnerable. Is this really the moment in which to revert to the discourse of efficiency at all costs? Or, is it a time to truly explore new configurations of organising and organisations that maximise the knowledge benefits of our diversity, provide a truly human response to people’s needs, and make the most of our resources in a networked world? 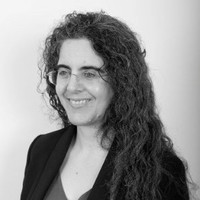 Jo Barraket is a university distinguished professor and director for the Centre for Social Impact at Swinburne University.