The Health Department released the app, a Privacy Impact Assessment, and its response to the PIA yesterday afternoon, and while Australians may have plenty of reasons to distrust the app (think controversies around the anti-encryption Assistance and Access Bill 2018, Robodebt, MyHealthRecord, anti-metadata laws, etc), Hunt has pledged a series of protections:

Reactions to the announcement have varied wildly; a coalition of medical bodies, including the chief medical and nursing officers as well as the Australian Medical Association, have endorsed the platform, while an alliance of digital rights groups — including the Human Rights Law Centre, Digital Rights Watch, and the Australia Institute’s Centre for Responsible Technology — have outlined a series of requirements for the government to “earn the public’s trust”:

The Law Council of Australia’s President Pauline Wright has also outlined a series of concerns:

Finally, even allowing for some glitches as the fast-tracked app rolls out — see the app’s current 2.4/5 rating at the App Store, where early users complained it would not verify mobile numbers — it remains to be seen how effective the system, built off Singapore’s TraceTogether app, is at suppressing the virus, if at all.

On the dangers of “immunity passports”

As Australia continues to flatten the curve and prepares to loosen business and travel restrictions, there may be a strong temptation to hope that the creation of antibodies within pockets of the community — either from asymptomatic carriers or those who have recovered from serious infections — could help mitigate future outbreaks.

However, in a new scientific brief, the World Health Organisation outlines multiple issues with the concept of “immunity passports”, first and foremost that there is, as yet, no evidence that antibodies protect from a second infection.

As the WHO explains, bodies respond to the virus through a multi-step, 1-2 week process that first involves an innate response of macrophages, neutrophils, and dendritic cells slowing virus spread — and even preventing symptoms — and then:

According to the WHO, this suggests that cellular immunity may also be critical for recovery; seemingly, this conclusion correlates with anecdotal reports of people testing positive after having already recovered from the virus.

“As of 24 April 2020, no study has evaluated whether the presence of antibodies to SARS-CoV-2 confers immunity to subsequent infection by this virus in humans.”

The brief lists a series of other challenges in accessing the accuracy and reliability of SARS-CoV-2 antibodies — for example, the fact some people who have recovered from the previous set of six coronaviruses (i.e. MERS, SARS, and four that cause the common cold) may produce antibodies that cross-react with those produced in response to infection with SARS-CoV-2.

The briefing, which WHO will update as new evidence becomes available, concludes that while the body supports governments testing for antibodies — both at the population level and amongst specific groups such as health workers, close contacts of known cases, or within households — most are only designed to provide data on the percentage of people with detectable antibodies, not to determine whether those people are immune to secondary infections:

“At this point in the pandemic, there is not enough evidence about the effectiveness of antibody-mediated immunity to guarantee the accuracy of an ‘immunity passport’ or ‘risk-free certificate.’ People who assume that they are immune to a second infection because they have received a positive test result may ignore public health advice. The use of such certificates may therefore increase the risks of continued transmission. “

WHO unveils advice for adjusting public health and social measures

The warning against “immunity passports” builds directly off the WHO’s technical guidance, ‘Considerations in adjusting public health and social measures in the context of COVID-19‘, released 16 April. Amongst other data concerning risk-assessment indicators and long-term scenario projections — the most plausible of which “involves recurring epidemic waves interspersed with periods of low-level transmission” — the reports outlines six recommendations for adjusting suppression measures and the risk of a resurgence, which, in brief, include:

In other updates, the WHO announced a new initiative Friday to strengthen collaboration across world governments, manufacturers, and the private sector to ensure equitable access to diagnostics, therapeutics and vaccines. The briefing was attended by leaders including French President Emmanuel Macron, European Commission President Ursula von der Leyen and German Chancellor Angela Merkel, who committed to ensuring all tools will be made available to the public when they are available.

Finally, ahead of the start of World Immunisation Week, WHO has also called for countries to maintain immunisation services during COVID-19 and released new modelling analysis of a tight timeframe to minimise disruptions in malaria prevention and treatment in sub-Saharan Africa.

With Australia’s curve flattening to a seven day period of below 25 new daily cases, two states have announced plans to ease restrictions either from today or throughout the week.

From today, Western Australia has lifted its two-person rule to indoor and outdoor gatherings of 10, including for weddings, outdoor personal training, and open house or display village inspections.

Queensland Premier Annastacia Palaszczuk announced that, from 11.59pm this Friday 1 May, stay-at-home restrictions will ease and — while maintaining social distancing and hygiene practices — residents will be allowed within 50km of their house for recreation and non-essential shopping with members of their household or one friend.

“But can I say, this is a very small step that we need the public to 100 per cent co-operate with because if we do see mass gatherings, I will not hesitate to clamp back down,” Palaszczuk said.

Conversely, Victoria’s Chief Health Officer Brett Sutton reiterated that the state will not wind back stay-at-home measures until at least 11 May, The Age reports, when the current state of emergency ends.

Report: COVID-19 in schools – the experience in NSW

Yesterday, the National Centre for Immunisation Research and Surveillance released ‘COVID-19 in schools – the experience in NSW‘, a study of 15 NSW schools that recorded confirmed COVID-19 cases from March to 21 April.

The major preliminary findings include:

The NSW government welcomed the report and author and director of the NCIRS Professor Kristine Macartney said, although the investigation is ongoing, their “findings build on emerging data from overseas that suggest very little spread of COVID-19 between children or from children to adults”.

Capping off another bumper weekend for relief funding, the NSW government announced a $395 million stimulus package yesterday aimed at council jobs, services and infrastructure, to include: 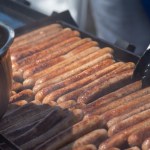 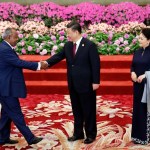 To win friends and influence people with your foreign policy, learn how to be smart 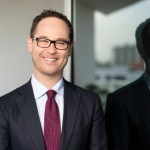 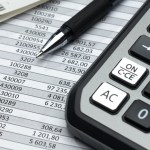 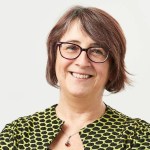 After the summit, are women safer? 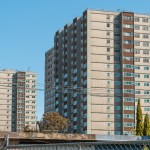 Be kind, be stubborn: how leaders adapted through the pandemic