At the start of April, a coalition of 85 gender equity and women’s organisations across Victoria called on the state and federal governments to recognise the gendered impacts of COVID-19, and commit to the following 10 recommendations:

Since then, Australia has seen governments across all state, territory and federal levels commit to range of gendered initiatives — from funding for family violence prevention to free childcare — but there are both plenty of emerging gaps.

For example, Crikey unpacked last week how women overwhelmingly dominate the healthcare, aged-care and education sectors, but — in part because JobKeeper does not cover casual workers employed under 12 months, most of whom are young women — new ABS data has more women losing their jobs throughout the pandemic. As The Guardian reported yesterday, the Family Court’s decision to create a dedicated list to deal with parenting and safety issues is only due, sadly, to the increase in urgent applications for hearings.

Gender Equity Victoria has also launched a COVID-19 eBulletin, the latest of which, ‘Gender, Disaster and Resilience’, examines some of the recent research on different health outcomes between genders — for example, why female hormones can create stronger immune systems, as well as gendered lifestyle choices — and research into the following subjects:

Finally, Americans are experiencing much more overt gendered attacks throughout their pandemic: Donald Trump has quietly removed transgender patients as a health care-protected class, while conservative governors are facing lawsuits from advocacy bodies after suspending abortion services amidst the health crisis.

As New Zealand outlet Stuff reports, Director General of Health Ashley Bloomfield has explained that the low number “does give us confidence that we’ve achieved our goal of elimination, which — that never meant zero but it does mean we know where our cases are coming from.”

While New Zealanders will still be asked to work and study from home if they are able, changes include:

Public venues such as libraries, museums, and gyms will remain closed.

Ardern went on to explain that a decision on whether or not to move to Level 3 would be made by Cabinet on May 11 and, while isolated cases could pick up again, the country is now prepared to return to “that zero-tolerance approach, to have a very aggressive management of those cases and keep those numbers low and fading out again.”

The prime minister also flagged that, with international travel suspended indefinitely, Australia and New Zealand could create a “trans-Tasman bubble” with 14 day self-isolation measures for travellers.

A quick scan of the governments’ weekend announcements at Beehive reveals a $107.6 million plan to support homeless residents “throughout the COVID-19 pandemic and beyond”, an extension of leave support for workers, and guidance on Level 3 rules for seniors, which allows people over 70 and other higher-risk groups to:

For an international perspective, see Time’s examination of New Zealand’s elimination goal, and why the country’s unique geography — along with the intensive border control and quarantine measures — make the goal largely impossible to replicate for most other countries.

On the home front: NT prepares for eradication, $93m for zoos and a nation-wide Newspoll bounce

Following a three-week stretch with no new cases reported, and with just five active cases left, the Northern Territory government has announced that territory-controlled parks will reopen from noon on Friday 1 May.

While hygiene advice remains in place and police and park rangers will continue to monitor the 1.5 metre rule, The NT News ($) reports that Chief Minister Michael Gunner is preparing for a 28-day countdown to “eradicating” the virus.

Understandably, given the lack of precedent, Gunner says the stress of determining what rules to loosen/which to maintain eclipses the original decision to go into lockdown:

“We can only do this once and I want to get it right the first time,” Gunner said.

According to the media release, the plan for transitioning to post-COVID life includes:

Elsewhere, The Sydney Morning Herald reports that the federal government will today launch a $95 million zoo package, while the latest Newspoll ($) suggests all state premiers are experiencing overwhelming approval for their handling of the pandemic.

Of the five, West Australian Premier Mark McGown enjoys the highest rating amongst participants at 94%.

In other state updates:

Feel good photo of the day…

First graders back to school in Hangzhou, with social distancing headgear

The long horizontal plumes on Song Dynasty toppers were supposedly to prevent officials from conspiring sotto voce with one another while at court—so social distancing was in fact their original function! pic.twitter.com/0AOKsWE1xH 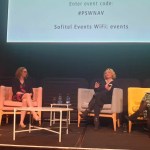 How to navigate transformation and disruption in the public sector. Leave an enduring legacy of improvement by knowing your audience 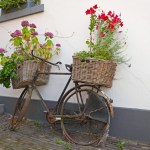 How to create a truly circular economy by redefining waste (hint: recycling is linear) 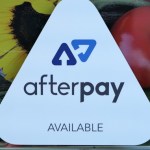 How should government respond to Afterpay? It’s a question of regulation vs innovation 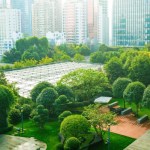 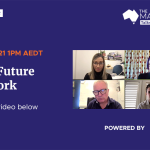 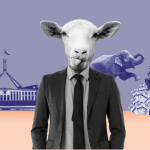 Some nudge theory history and context — has it worked?