For a good chunk of the last century, many Americans thought the housing market was the goose that laid the golden egg. That all changed with the Global Financial Crisis.

Before the GFC many people had seen the housing market as the investment that could do no wrong, the safe bet – a ‘resilient’ industry that would always bounce back from troughs to provide dependable returns over time.

And while that might still be true for some, the GFC also exposed some fundamental flaws in our financial system that are of particular interest to me as a systems-led designer. The devastation wrought in the housing market (among many others) showed that the system wasn’t nearly as infallible as the steady rebounds of the previous decades might have indicated.

While the economists are right to say the causes of the GFC are complex, it does demonstrate at a fundamental level that ‘resilience’ – when we’re looking at systems-led design at least – isn’t all it’s cracked up to be. When a system bounces back time and again from minor disruptions, it can blind us to underlying systemic flaws that put us on a path to disaster. Today I want to explore if we can avoid those systemic flaws, and an alternative to resilience that I think is particularly relevant to the issues we are facing now.

“It is not the strongest of the species that survives, nor the most intelligent . . . It is the one that is most adaptable to change.” – Charles Darwin

Resilience is often touted as one of the most desirable attributes to have, in our personal lives, at work, and in our systems and processes. And in many contexts that makes sense – we all want to be able to quickly get back to normal after a setback, whether it’s recovering from an illness, dealing with a disappointment at work, or coping with the fallout of a major social crisis.

Of course, this last one is on everyone’s mind at the moment, as we start to think about how our nation will emerge on the other side of the coronavirus pandemic. Will business return to normal? Will those who have lost their jobs be able to secure a stable income? Will society as a whole be able to get back on its collective feet?

The temptation is to do everything we can to get things back to just the way they were – ‘get back to normal’ – with as little delay and disruption as possible. And therein lies the problem with how we think and talk about ‘resilience’. There’s no doubt that it’s vitally important that we return to a position where we can protect everyone’s safety and livelihoods. But by taking that resilient approach – soldiering on exactly as we did before – we leave ourselves exposed to history repeating itself. Remembering that ‘resilient’ housing market, which bounded back time and time again after disruptions – while the underlying issues in the market remained hidden – we need to be wary of simply returning to the patterns that put our societal and organisational systems at risk.

If not resilience, then what?

In many respects our society was ‘resilient’ to previous pandemics like MERS, SARS and avian influenza, in the sense that our economic and health systems returned to a state of relative normalcy soon after the virus waned. But the situation we currently find ourselves in with COVID-19 shows the disadvantages of this keep-calm-and-carry-on approach, as underlying systemic weaknesses in our pandemic preparedness remained unaddressed, and left us vulnerable to the same economic and societal shocks.

So what’s the alternative? What approach can we take that allows us to recover from upheaval without falling into old traps?

The answer, according to some commentators, is ‘antifragility’.

In his book of the same name, essayist and scholar Nassim Nicholas Taleb coined the term ‘antifragility’ by describing it as “beyond resilience or robustness. The resilient resists shocks and stays the same; the antifragile gets better. This property is behind everything that has changed with time: evolution, culture, ideas, revolutions . . . even our own existence as a species on this planet.”

What’s crucial to understand about antifragility as opposed to resilience, Taleb contends, is that antifragility embraces disruptions rather than defying them: “Some things benefit from shocks; they thrive and grow when exposed to volatility, randomness, disorder and stressors, and love adventure, risk, and uncertainty.”

What does this mean for systems-led design?

So as systems-led designers, how can we focus on antifragility over resilience – particularly in the wake of a crisis?

It’s certainly a challenge, especially when you consider how our typical, business-as-usual organisational frameworks (hierarchies, processes, chains of command etc.) often get thrown out during the immediate crisis response. And when they do creep back in, it’s often in their original unchanged form, with the same flaws and problems.

But as systems thinkers, it’s our job to overcome issues such as these with responsive and effective long-term solutions. And there are two key principles I think we can keep in mind to help us design antifragile systems.

1. Putting up a weathervane: designing a system that allows us to identify environmental changes quickly, without the system becoming incapacitated

No matter how big or small the system; to make sure it’s functioning properly we need to create feedback loops so we see how it’s affected by changing factors early. And this doesn’t just mean being prepared for when things go wrong; we need to be able to see how changes are affecting our systems in any scenario, whether the impact is good or bad. When the system reacts to changes in the environment, it should do so quickly, non-catastrophically, and, crucially, transparently —so we understand how the system is operating at a base level and can adapt it as necessary.

2. Changeable from the ground up: designing a system that we can easily modify in response to unexpected factors

When the system’s expected behaviour changes, it needs to be possible for us to restructure it quickly and inexpensively – and not just at a surface level. The key here is making it easy to change underlying structures or mental models, rather than focusing on reactive tinkering that we blindly hope will be enough to get the outcomes we want. By ensuring the system is adaptable from the ground up, we future proof it against shocks and disruptions.

The combination of these two factors – seeing changes as they occur and being able to respond to them – is crucial in developing antifragile systems that don’t just bounce back from crises, but are improved by them.

Building the bridge with systems thinking

“The definition of insanity is doing the same thing over and over again and expecting different results.” – a common saying often attributed to Albert Einstein

I’m certainly not claiming to have all the answers for how Australia will build the bridge to get us to the other side of this pandemic. But as a systems thinker, I think there has never been a more opportune moment for us to consider how we can design more adaptive, responsive systems to leave us prepared for the future.

At the ATO I’ve seen our people swing into action and implement in a matter of weeks initiatives that would normally have taken much longer. It’s a trend we’ve seen across the country, from the government’s implementation of the historic JobKeeper package through to the tens of thousands of Australians now working from home. We are proving to ourselves that we can do things differently, we can cut through the noise and focus on the core purpose, we can achieve more than we thought possible. As systems-led designers, let’s not let that go to waste. Systems-led design as a practice pushes us to find the balance between ruthless pragmatism and unmeasured idealism Of course; we must continue to work towards a swift end to this crisis. But let’s not just go ‘back to normal’. Let’s work towards designing better, stronger, antifragile systems that will help us create far better futures. 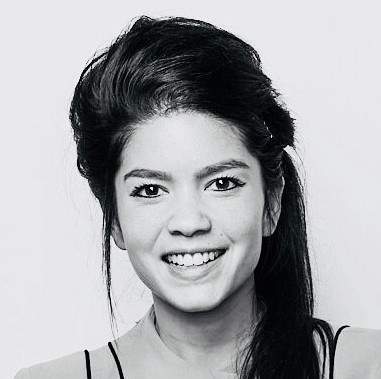