You’ve only got to consider the many names used to refer to Islam’s holiest month to see quite how diverse – and divided – the Islamic world can be. If you come from Saudi Arabia you are likely to refer to it as Ramadan. But equally people from India call it Ramazan. My parents, who hail from Sialkot in Punjabi Pakistan taught me to call the month Rozay.

There’s been an increased focus on Ramadan in 2020 as mosques have been shut down thanks to the COVID-19 pandemic. This means that the month-long daytime fast experience has moved from being something institutionalised to an individual thing. For non-Muslims it’s a chance to see Islam less as a monolith and more as a diverse collection of people who are Muslims.

The fasting month is one of the central tenets of Islam – it is the holiest month in the Islamic calendar. It is a full month when the faithful are expected to fast from dawn till dusk, abstaining from food and drink. It is an act of worship that the divine scripture, the Qur’an, prescribes as an experience to draw closer to God.

It’s a month when Muslims give abundantly and mosques are bustling – it’s seen as a refresher month for Muslims to keep up their regular prayers and do more in solitary or in congregation, including the extra congregational nightly prayers known as tarawih.

This year is very different, however – Muslims throughout the world are fasting in confinement as the coronavirus has altered the rhythm of the sacred month. These intense debates began when many governments took the difficult decision to close public spaces, including mosques, and have included discussions on the permissibility of Friday congregational prayers to be conducted online.

Scholars from around the world have presented various theories and philosophies from the Islamic legal traditions to help make sense of these unusual times. Islam has a sophisticated jurisprudence tradition known as fiqh. In Ireland, one Imam, Shaykh Umar al-Qadri issued a fatwa (ruling on a point of Islamic law) in favour of online prayers. This was rejected by many who argued that Friday prayers need to be conducted in a physical congregation. Al-Qadri countered with the statement that an “unprecedented situation requires an unprecedented solution”. 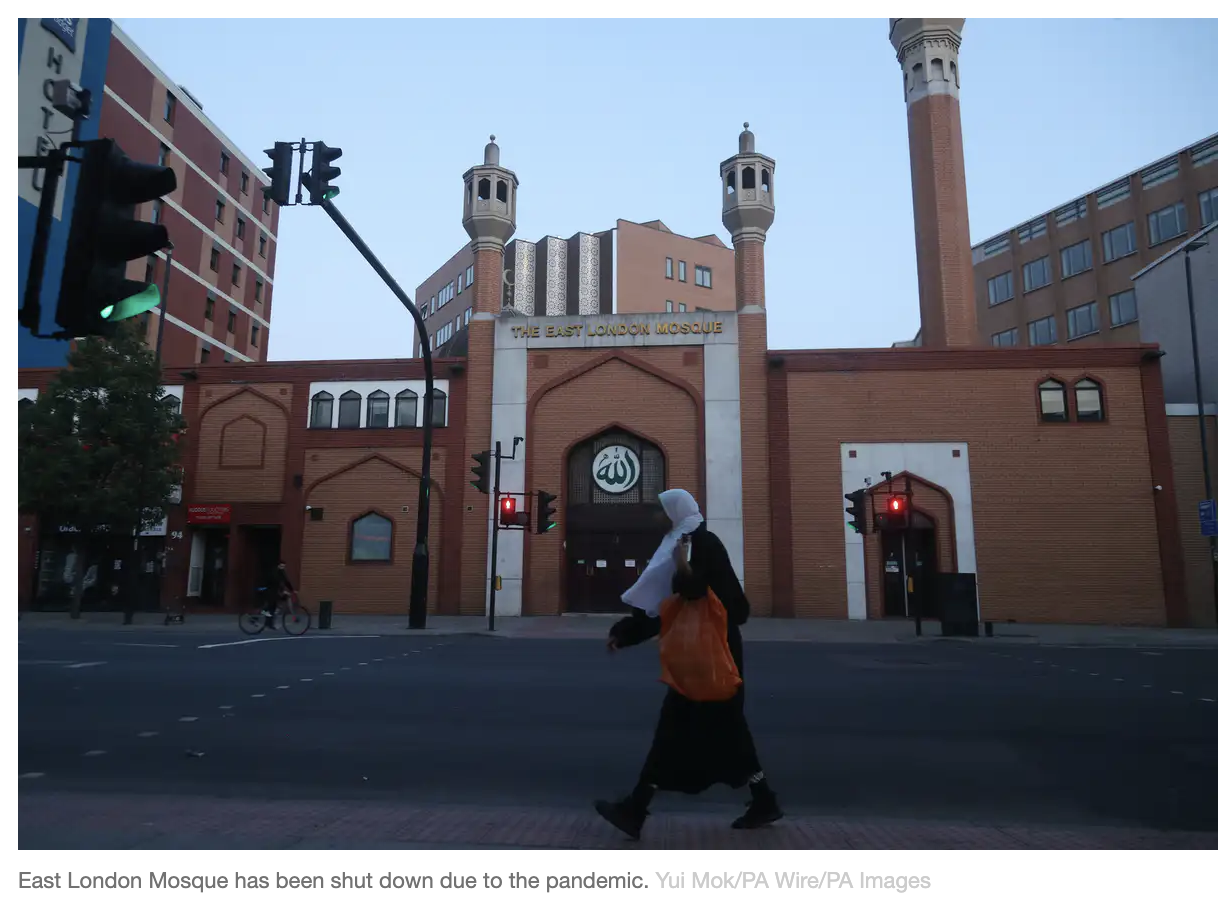 In an online Islamic studies discussion that I am part of, South African Islamic scholar Sa’diyya Shaikh told us about a women-only online Friday prayer where families join via Zoom: “Often living Muslim practice is ahead of the fiqh”, she wrote.

There have been similar agreements and disagreements on the validity of virtual tarawih – and the general opinion appears to be that “virtual prayer” is not valid, as congregational prayers need to be held in the same physical space as the imam. But these majority-led ideals may inadvertantly deny the beliefs and wishes of anyone who doesn’t fit into this mainstream.

It’s important to remember that Muslim experience of these sacred rituals at mosques is far from monolithic – especially for many women. A tweet from Zahra Ayubi, an Islamic scholar at Dartmouth College in the US, went viral before the month started as she called out the many Muslim men who were upset at not being able to pray in the mosque. 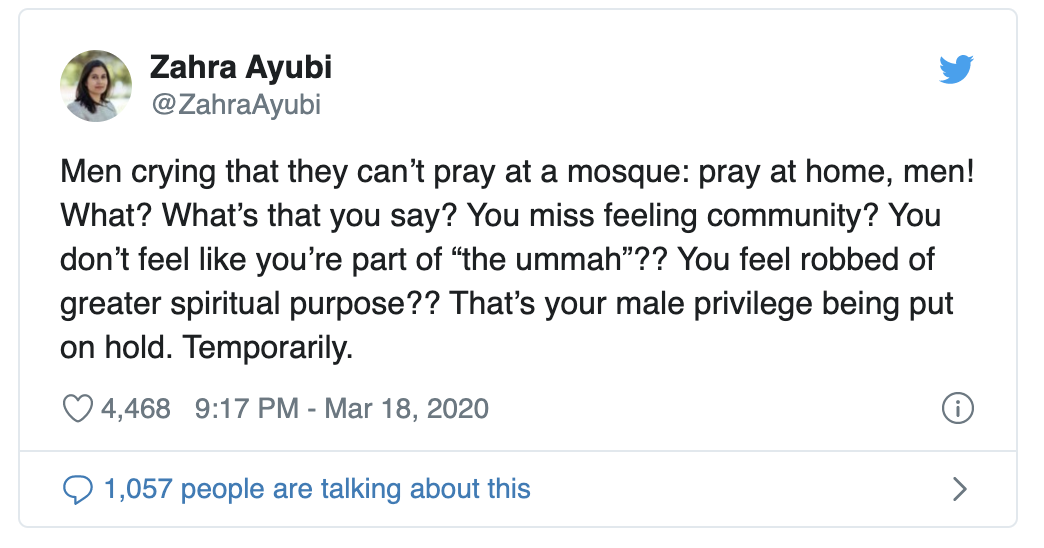 The increasing visibility of some queer Muslims is also challenging stereotypes. One illustrative episode in popular culture came recently on the show Drag Race, when actor Jeff Goldblum questioned why Iranian-American drag queen Jackie Cox was wearing a star-spangled hijab, suggesting Islam was “anti-homosexuality and anti-woman”. Cox explained she had donned the outfit in response to the “Muslim ban” imposed by the US president, Donald Trump, and that, as an American of Iranian heritage, it was possible to be Muslim and gay.

Queer Muslims fight the double battle of Islamophobia and homophobia and for many the month of fasting is a triggering event because they don’t feel the same sense of community as others do. But moves are being made to rectify this, with more specifically queer-friendly mosque spaces being set up, such as Masjid al-Rabia in Chicago and Inclusive Mosque Initiative in London UK. These sites offer advice and personal testimony about how individual queer Muslims are navigating Ramadan in isolation.

Do any Muslims not fast? Mirza Ghalib, the prolific 19th-century Mughal poet who wrote much of his poetry while completely drunk, was once summoned by his ruler, the last Mughal emperor Bahadur Shah Zafar, and asked if he had fasted. His reply? “My Lord, I did not keep but one.”

It would be easy to dismiss Ghalib in our definitions of what counts as religion but it would be a huge shortcoming to overlook his unequalled masterpieces of devotion to God, similar to the life and work of Scotland’s irreverent bard, Robert Burns, who challenged the church with his poem Holy Willie’s Prayer.

Muslim experience differs not just from mosque to mosque but Muslim to Muslim. The solitary act of devotion to God inevitably means that religious experience cannot be typified and replicated. This surely means we are free to experience the colours of Islam in our own way.

Our best offer. 50% off Premium