US gives a lesson in how to twist, ignore and suppress data

Last weekend, The Washington Post reported that Donald Trump was so unhappy in March with epidemiological models suggesting a death toll of over 100,000 that the White House created a new economics team — led by Kevin Hassett, “a former chairman of Trump’s Council of Economic Advisers with no background in infectious diseases” — to produce internal analysis suggesting a lower death toll.

Now, both the White House and the CEA are attempting to justify modelling that used “cubic fit” to bring deaths down to zero as early as May. As Mother Jones explains in ‘Lying With Statistics, COVID-19 Edition‘, the application of that “up and down” function on existing data:

“… gives you an extra parameter to play with, which means it’s easier to generate a result you like. In this case, it projects that deaths will drop to zero in about two weeks. This is neither particularly honest nor particularly likely, but I imagine the White House likes it.”

While the White House has defied criticisms and plans to continue using its own modelling, the chart has been slammed by former CEA chair Jason Furman.

The "cubic fit" is based on an approach to epidemiology that has long been absent from any serious epidemiological discussions. It made terrible predictions back in March and April. The functional form was chosen to get the result they wanted.

Earlier this week, New York Times opinion writer Paul Krugman has unpacked how the experiences demonstrates that advisors, not just Trump, have shown and continue to show an inability to learn from/even acknowledge past mistakes.

Specifically, not only does Hassett not have a background in epidemiology, he remains a sought-after economist despite:

Now, in a significant escalation, The Arizona Republic reports that the Arizona Department of Health Services has told a team of two dozen professors at Arizona State University and the University of Arizona to “pause” their modelling work.

The email, from the DHS bureau chief of public health statistics, came on Monday night after after Governor Doug Ducey announced plans to begin easing social distancing from Friday, 8 May; the universities’ model had shown that reopening the state at the end of the month is the only scenario that does not create a surge of cases.

Reportedly, the state will now rely on a model from the Federal Emergency Management Agency, which has not been released to the public.

Incredibly troubling to learn @AZDHS is disbanding team of researchers working on #COVID19 projections & will “pull back the special data sets which have been shared" w/the researchers. So, fewer experts and even less transparency as GovDucey reopens #AZ https://t.co/J0OnZiJTad

China’s post-COVID economy to face low-carbon projects, a new BRI, and the likelihood of a resumed US trade war

At The East Asia Forum, ANU’s Jorrit Gosens and Frank Jotzo have unpacked the government’s low-carbon “new infrastructure construction” plan, which, while promising, has yet to see real action. Money, however, continues to pour into high-polluting programs such as a coal.

Elsewhere, The World Economic Forum has explored how COVID-19 hast affected the country’s Belt and Road Initiative, specifically the three biggest changes to BRI: a change in supply chains, the digitising of the BRI itself, and the rise of private sector involvement.

Finally, also at The East Asia Forum, C H Kwan from Tokyo’s Nomura Institute of Capital Markets Research has provided a recap on everything that’s happened with the US-China trade war amidst COVID-19, and looked at where the countries could be headed after something of a ceasefire.

Amidst a surge in demand for community organisations, the New South Wales government has joined the Emergency Support Volunteering initiative, a volunteer platform that, since launching in Western Australia and Victoria, has recorded 5,000 registrations.

The platform connects residents with relevant local organisations, which get in touch as opportunities arise, and offers four main options:

The state government has partnered with the Centre for Volunteering to develop state opportunities, which have also been designed to consider physical distancing restrictions.

Similarly, the South Australian government has committed $20,000 to Volunteering SA&NT, the 35-year-old peak volunteer body for SA and the Northern Territory, to help manage new registrations.

Yesterday, the Victorian government announced a plan to support and redeploy 3,000 casual public sector workers, who, under federal guidelines, are ineligible for JobKeeper.

Workers can now access their usual fortnightly payments of up to $1500 before tax, up until the end of September, provided “they are happy to be redeployed to other public sector roles where demand for more resources is high, such as healthcare”.

Unlike JobKeeper, payments will be available to workers regardless of their length of service, age, and citizenship. The scheme followed consultations with unions as part of the state’s public sector IR Framework, which will be overseen by a specialist workforce advisory group to include both members of government and union representatives.

As 10 News reports, the scheme does not cover council staff.

Public sector workers laid off during lockdown will receive up to $750 a week in benefits. The state government will support casual staff who missed out on the JobKeeper payment, however, local council workers get nothing. | @Estelle_C_Lewis #springst #COVID19Aus pic.twitter.com/zIaAJIbmCg

Separately, Victoria has pledged an additional $17 million in disability support funding, to include:

Over in Western Australia, the McGowan government has announced a partnership with resource companies including Chevron, Woodside, Mineral Resources Ltd, Rio Tinto and BHP to test asymptomatic fly-in fly-out workers.

The testing of FIFO workers forms the second stage of the DETECT program, a joint initiative between the Department of Health and state researchers was first launched 1 May to test WA schools. The program, which will test healthcare workers next, is designed to examine the prevalence of COVID-19 in key sectors of the state’s community, and is aimed at creating greater certainty around possible undetected transmissions.

Led by Curtin University and the Harry Perkins Institute of Medical Research, DETECT FIFO will be funded by industry and has been endorsed by the Chamber of Minerals and Energy. It is expected that nearly 30,000 tests will be conducted during the life of the project.

Because it’s been another bumper day for state and territory programs: 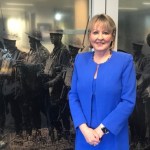 ‘I need to be who I am’: Liz Cosson and values leadership 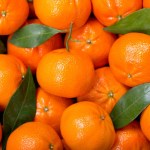 Trust in public institutions is the prerequisite for many other policy levers to work. Push back against unnecessary secrecy 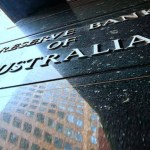 Reserve bank review is long overdue and here’s why 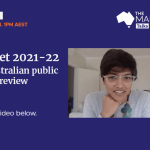 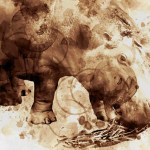 Like describing a hippopotamus: what makes a good regulator? 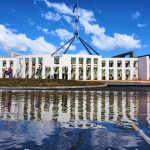