After experiencing one of the worst outbreaks in Europe, France will begin to reopen primary schools and most businesses from today.

Like childcare centres, which also reopen today, some schools have been kept open for essential workers, and Blanquer is confident staff have had time to make the appropriate upgrades to ensure social distancing and hygiene requirements.

Classrooms will fit a maximum of 15 children, desks will sit at least 6 feet apart (1.83 metres), teachers will wear masks and, finally, attendance will be purely voluntary; as education minister Jean-Michel Blanquer told NPR on Friday, the government has been questioning parents to gauge attendance rates:

“So we know that we are going to start with 15 or 20% of the students, and then the other ones are going to come. It’s a question of trust. I think that when those who do not come will see that things are going well with those who come, they will be convinced. Those who will stay in their houses, we’ll have a distance learning system working for them.”

However, with neighbours Spain and Italy keeping schools shut at least until September, the Macron government’s timeframe had faced significant internal opposition. Last week, 300 mayors urged the government to delay the reopening at least another week.

As the BBC reports, French Prime Minister Edouard Philippe announced last Thursday that, with the country “cut in two” in terms of infection rates, further restrictions will ease accordingly.

Phillippe, unveiling a green and red zones map on a map that combined infections over the past seven days with ICU demand and testing capacity, announced that secondary schools, cafes and restaurants will open in the green zones in June, infection rates permitting.

In other changes, masks will have to be worn on all public transport, which will be disinfected at least once a day, and stores will have the right to demand shoppers wear them, and social distancing rules of at least a metre will remain in place.

But for the first time since the lockdown begun, as the BBC notes, all residents — except the French Indian Ocean island of Mayotte — will be able to return to work and leave their homes without downloading a permit.

On France’s lack of faith in government

Finally, with France experiencing a death toll of 26,313, a caseload of over 176,000, and new cases at roughly a quarter of April highs, residents would be forgiven for a lack of faith in their government.

An Odoxa-CGI political barometer for France Inter, L’Express and the Regional Press published on 28 April found that, even while support for Macron and Philippe increased, six in ten participants did not believe the government will succeed in deconfinement this month.

However, as correspondent John Lichfield explores in a Politico op-ed, the mistrust of government in France provides something of a contrast to the relatively-high support of US and UK governments that, on a quantitative level, have done a far worse job in suppressing outbreaks:

“Apart from a couple of recent glitches, the government has communicated clearly and honestly — especially in comparison to the nationalistic bluster in the United Kingdom and the United States or the caginess about mortality figures in the Netherlands and elsewhere.

“And yet the overwhelming mood in France, not just on social media but in the mainstream media, is not just critical but viciously hostile. This is not just unjustified; it’s dangerous.”

Lichfield, who applauds the governments’ health care system, economic stimulus measures and use of  high-speed trains to move sick patients to relatively untouched areas, also notes a recent Pasteur Institute study that slipped through the 24/7 news cycle. Researchers found that while France was, apparently, successful in isolating the original COVID-19 strain that emerged from China, the country has been hamstrung by the global, mutated version since mid-to-late January,

In return, the government has dealt with more than 30 legal complaints over alleged government negligence, a (symbolic) Senate vote against the progressive loosing of lockdowns from today, and, amongst the general populace, “France’s love of abstraction and intellectual absolutism; its tendency to see everything as a matter of betrayal, conspiracy or national disgrace.”

“Almost every government has got things wrong in the present crisis, some more seriously than others. But in no other country is there such a discrepancy between what the government actually got right and the cacophony of criticism hurled at it from the political classes or social and mainstream media.”

But, even accounting for cultural differences, we’ll leave it to you to decide which of the following two reactions are truly “dangerous”: mistrust in the government that oversaw the world’s sixth-worse outbreak, or faith in governments that recorded, respectively, the worst and fourth-worth.

In late April, the South Korean government released a 68-page guide for staying safe even as the country reopens, with topics including, but not limited to, church, shopping at small and medium-sized markets, restaurants, schools, internet cafes, weddings and funerals, and using public toilets.

Now, in a piece shared at the World Economic Forum, Quartz‘s Alexandra Ossola and translator Haesung Jeon have unpacked the government’s recommendation for returning to work, a world that trades socialisation for suppression, “in which conferences held online are the norm, hand sanitiser is at the ready, and meeting attendees sit six feet apart.”

Check the full list out for the full advice, but some highlights include:

Following the release of Scott Morrison and the national cabinet’s three-step, if broad plan to ease restrictions, multiple states have detailed when and how they expect to ease current restrictions.

First, the Queensland government unveiled a state roadmap on Friday afternoon. This follows changes that came into effect yesterday that allow up to five members of one household to visit another household.

For Outback Queensland, where there have been no COVID cases, two special concessions have been made:

At the time, Premier Annastacia Palaszczuk announced that Stage Three would include reviews of border closures and build to 100 customers for venues giving certainty to business, communities and families to be able to plan ahead.

The government has since released a visual guide, which includes separate timelines for school openings.

The following will reopen with a maximum of 10/one person per square metre rule, unless stated otherwise:

Similar general rule but with the maximum number of people bumped up to 20:

We are now in a position to start getting back to business in #SouthAustralia. Our roadmap for easing restrictions will help us create #SAJobs and bolster the economy. But let’s not become complacent. We don’t want to go backwards. Together, we will get through this. pic.twitter.com/r226IC1fQd

Tasmania also announced their own roadmap to recovery on Friday, along with a more comprehensive, 13-page report ‘A Plan To Rebuild Tasmania’.

The following will be allowed from today, 11 May:

Stage One: 18 May (subject to public health advice)

Yesterday, the Western Australian government released their own four phase roadmap, with Phase 1 already in place following the relaxing of some restrictions — including allowing indoor and outdoor non-work gatherings of up to 10 people — from April 27, 2020.

This stage focuses on “encouraging Western Australians to return to work, unless they are unwell or vulnerable, so the WA economy can further rebuild in a safe and measured way”:

If businesses or premises want to reopen they will be required to complete an official COVID Safety Plan. More details on this will be released shortly, in consultation with industry.

As part of Phase 2, regional travel restrictions will also change, bringing the number of current borders within Western Australia from 13 to only four (not including the Commonwealth Biosecurity zone and remote communities). The new regional boundaries will allow:

Phase 3: “Around four weeks after Phase 2”

The state’s third stage will be finalised in the coming weeks — based on the advice from the Chief Health Officer and to take into account the infection rates across WA — and will focus on “continuing to build stronger links within the community and include further resumption of commercial and recreational activities,” including:

The WA government also announced that Phase 4 will be assessed and finalised in due course, with the state’s hard border with the rest of Australia expected to be the final restriction lifted.

Finally, while not a long-term roadmap, the ACT government announced on Friday, 8 May that the following would come into effect from Saturday:

Public schools will return to on-campus learning in stages over the coming four weeks from Monday 18 May (week three of term 2) to Tuesday 2 June (week 6 of term 2).

Similarly, NSW yesterday announced that the state will ease restriction from Friday 15 May. 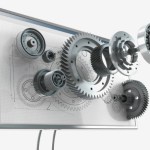 A digital government twin can model effects of change over time. It could teach us what structures worked and what didn’t, optimising machinery of government 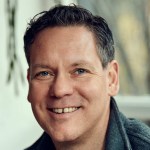 COVID opportunities: How the public sector can deliver a better crisis recovery 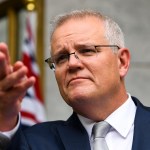 Getting vaccine expectations right is not easy 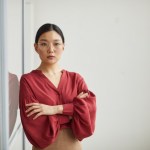 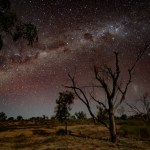 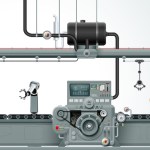