As the number of people who have died with COVID-19 in English and Welsh nursing homes exceeds 12,500 — at least one third of the UK’s death toll of 34,000 — The Guardian reports that the Johnson government has announced plans to test all staff and residents for the virus by early June.

In a press briefing on Friday, UK Health Secretary Matt Hancock defended the government’s early response by arguing that preventative measures had “protected 64% of care homes, almost two-thirds, of having any coronavirus cases at all”.

“Right from the start we’ve tried to throw a protective ring around our care homes,” Hancock said.

“We set out our first advice in February, and as the virus grew, we’ve strengthened it throughout.”

But as commentators have been quick to note, the Department of Health’s guidance on 28 February — still available at carehome.co.uk — provided some hygiene and social distancing recommendations but maintained that, “it remains very unlikely that people receiving care in a care home or the community will become infected.”

“No need to do anything differently in any care setting at present,” the UK health department told care homes.

Compare and contrast with early rhetoric from Australia’s health department, which, as The Sydney Morning Herald reported on 26 February, urged nursing homes to develop active “containment processes” on top of hygiene control.

They have PPE *now*, yes. But for the first weeks of the lockdown she was cleaning in hastily assembled homemade kit or masks that had been generously donated (people who did this, you know who you are and I’ll always be grateful). They had one pair of goggles for the whole home.

As The New Statesman unpacked in the 24 April report, ‘How the UK’s care homes were abandoned to coronavirus‘, the UK’s advice remained consistent up until 13 March, the same day the country recorded its 798th case.

On top of a failure of messaging, the paper reports that care homes were strained by the UK government’s effort to discharge hospital patients into social care ahead of the first wave of cases, as well as a lack of historic financial support and early-COVID personal protective equipment amongst care workers.

In early May, Ian O’Neal, the son of UK care home nurse Suzanne Loverseed who died after contracting the virus, said that a lack of PPE “killed her”:

“At the end, she worked in a care home, with patients dying of this virus. She had no PPE but fearlessly she carried on. That’s what killed her. That is also just like her: fancying the rules of nature, or the odds, somehow didn’t apply to her. But they did. It seems somehow unsurprising, then, that she died as she lived: sacrificing herself for others.”

On the home front: Australia, EU ramp up pressure for WHO investigation

Ahead of today’s World Health Assembly in Geneva, the European Union and Australia have amassed support from over 60 other countries for an independent inquiry into the original coronavirus outbreak.

As the ABC reports, the EU motion — which does not specifically mention China or Wuhan — calls on the WHO to work with the World Organisation for Animal Health to conduct “scientific and collaborative field missions” and “identify the zoonotic source of the virus and the route of introduction to the human population, including the possible role of intermediate hosts”.

Neither the US nor, unsurprisingly, China have as yet backed the motion, but it has received support from countries including Indonesia, Japan, South Korea, Turkey, Russia, South Africa and the UK.

The motion doesn't specifically refer to either China or Wuhan but it does say the WHO should work with expert bodies to explore the origin of the virus – "including through efforts such as scientific and collaborative field missions" pic.twitter.com/XwxbGG1tCW

While Australia’s early call for an inquiry led to ongoing political fallout, EU’s spokeswoman for foreign affairs, Virginie Battu-Henriksson, said the organisation is focused on reaching consensus and “really getting together and finding a solution which is workable for all”.

“Of course, we need to have the support of all the major players, and China is one of them,” Battu-Henriksson told the ABC.

“For us, it is not the moment for us to enter any kind of blame game as we’ve seen in narratives from one part or another of the world.”

Reportedly, US diplomats have been pressing for tougher language that specifically calls for an inquiry into the Wuhan outbreak.

As the Trump administration continues to blame China in the face of a death toll in the tens of thousands, another European diplomatic source has told the ABC that, while he was “quite optimistic” the motion will succeed, the push for an inquiry could collapse if the United States and China use today’s meeting as an opportunity for another proxy war.

Yesterday, the Victorian government announced that cafes, restaurants, pubs and other hospitality businesses can begin planning for a phased re-opening from the beginning of June.

Premier Dan Andrews emphasised that, “dependent on Victorians continuing to get tested when they show even mild symptoms and on those tests continuing to show low numbers of positive cases around the state,” venues will be able to reopen with staggered size limits:

Andrews also announced a number of now-standard precautions for venues, including physical distancing requirements of one person per four square metres, tables to be spaced at least 1.5 metres apart, and safety requirements such as extra cleaning, staff health screening and temperature checks.

One at least cursory difference between Victoria and other states will be the requirement for venues to take the contact details of every, presumably dine-in customer to assist in rapid contact tracing. Further work will also be done on managing shared areas such as entrances and bathrooms, and be conducted in consultation with industry, unions, and public health teams.

Prior to each of those dates, the Chief Health Officer will review transmission rates and testing, tracing and healthcare capacity.

“If, in the coming weeks, we see a sudden upswing in community exposures from an unknown source – we may have to make the call to delay,” Dan Andrews said.

“Similarly, if an initial opening led to a whole series of uncontrolled crowds or breaches –we’d look at that pretty seriously too.”

As the ABC reports, the announcement thus far excludes venues that only serve drinks, a decision that has elicited criticism from bar and pub owners concerned with Melbourne’s music-city status.

On Saturday, the ABC reported that Minister for Skills and Tertiary Education Geoff Lee announced a $20 million international students package to include a temporary housing scheme delivered through approved student accommodation or homestay providers.

As SBS reports, the package clocks in at less than half of Victoria’s $45 million scheme, which includes cash payments of up to $1,100 for students who have lost work and are ineligible for JobKeeper/JobSeeker.

NSW was the final state to announce targeted support for international students; Premier Gladys Berejiklian had previously insisted the sector was a responsibility of the federal government’s.

Finally, in domestic politics, the Australian Greens will today launch ‘Invest To Recovery’, a plan to guarantee anyone under 30 a job, better income, or a free place at university or TAFE.

The party’s plan to rebuild the economy, which would require the federal government take on billions of debt, will call for:

Last week, the party also signed on to a global call to forgive student debt in the face of the global recession.

While the federal Coalition has warned that increased government debt will have to be worn by future generations, Greens leader Adam Bandt has told the ABC that, “if we don’t offer every young person a job, a study place or a decent income, we risk creating a lost generation.”

“We learnt from the global financial crisis that for young people who are starting their working lives at a time of recession, they carry the scars with them for life unless they’re given the opportunity of good, decent work with decent security working on meaningful projects,” Bandt said.

“We owe this to young people because otherwise we’ll be stuck paying for income support for a very long time for what could be a lost generation.” 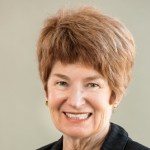 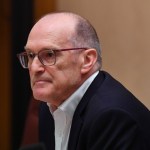 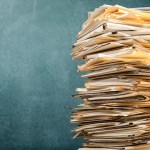 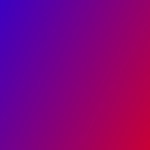 The Briefing: Unpacking the first empirical study of the Productivity Commission’s production and communication of evidence 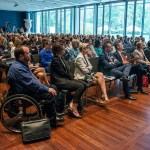 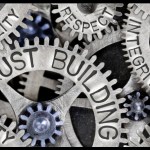 Trust makes the world go round. As a business asset, rebuild it with competence, care and 'a little bit of good each day'