Why did the NTEU scrap its jobs framework?

The National Tertiary Education Union (NTEU) has announced it will abandon the proposed National Jobs Protection Framework (JPF), a plan to save 12,000 university jobs in the face of more than $4.5 billion in revenue shortfalls.

Launched 12 May but flagged to members in mid-April, the JPF was designed in negotiation with the the Australian Higher Education Industry Association (AHEIA) to ensure any laid off workers would receive 3o-50% of their regular pay.

In exchange, most staff would take a temporary wage reduction to 90-95% — or, in the worst cases, 85% — with the first $30,000 of salary exempt; there are, as the NTEU’s website explains, further conditions, including plans to redeploy casuals, redundancy conditions, and pay wage deferrals.

In a letter to members yesterday, national president Dr Alison Barnes pointed the finger at 17 vice-chancellors indicating they will “not honour the JPF agreed by their negotiators”:

“Given that the national agreement has been torpedoed by the vice-chancellors, we will not proceed with the planned national ballot of members regarding the JPF.  Ballots of members at those institutions which have signed up to the framework, however, will commence from next week,” Barnes wrote.

“The variation that was finalised will form the framework for the schedule to be considered in those ballots. We cannot in good faith negotiate this framework, knowing that it will save jobs, and not proceed to ask members at those branches if they support it.

“The NTEU will vigorously oppose any non-union ballot to vary enterprise agreements and we will now escalate our industrial and campaign activities to fight for every job. ”

As The Sydney Morning Herald reports, those 17 universities include the University of NSW, Sydney, and Melbourne, while only three — Monash, La Trobe and the University of Western Australia — have agreed to the national framework.

AHEIA executive director Stuart Andrews told the SMH the national framework was negotiated in “complete good faith on both sides” but that “it was always going to be the case that a one-size-fits-all outcome for the whole sector might not work for a number of universities, for many varied reasons.”

What NTEU members made of the deal

Missing from the NTEU’s announcement was an acknowledgement of substantive backlash from rank and file members, with the AFR ($) reporting Monday that some of the union’s largest branches, including RMIT, Sydney and Melbourne universities, have passed motions opposing the framework.

Following the creation of a splinter group, ‘NTEU Fightback’, activists wrote yesterday in socialist publication Red Flag that more than 1,300 university workers have signed a “No Cuts – No Concessions” statement.

“The so-called National Jobs Protection Framework give universities that sign up the ability to cut wages by up to 15% as a trade-off for vague promises to use the cost savings to save some jobs,” Katie Wood and Alma Torlakovic wrote.

“This will be done through variations to local enterprise agreements, which will weaken the ability of activists to fight, not least because they will be fighting against cuts that their union is helping to implement.”

Wood and Torlakovic also alleged that NTEU officials attempted to stifle a vote with RMIT members over Zoom using “bureaucratic arguments,” which, along with the fact poll functions were unavailable, led to something of a Spartacus moment.

While Barnes has defended the agreement as the best deal possible, it has also slammed by members of the community and Public Sector Union, which represents non-academic staff i.e. administrative staff, student services and librarians.

“It leaves the lowest paid staff, the people who are actually keeping these universities running, out in the cold,” CPSU NSW assistant secretary Troy Wright told the AFR ($).

“A 15% wage cut may only be a haircut for high-paid academics, but for the professional staff of universities it is a life-altering cut to their pay packet. Rather than going on a case-by-case basis to find savings and compromises, this is a knee-jerk response which leaves workers worse off.”

For more on the NTEU’s early dealings with members, see office bearers Tim Battin and Kelvin McQueen recent account in Independent Australia. Likewise, the UNSW Casuals Network argued in Overland on 11 May that the deal, “treats casualised staff as collateral damage and divides us from our colleagues.”

For broader context, the federal government has effectively excluded public universities from JobKeeper by requiring they demonstrate a drop in revenue over six months, rather than one month, for a crisis that effectively began in March.

As The Guardian reports, the government has recently exempted private universities Notre Dame University, Bond University, Torrens University and the University of Divinity from that requirement.

But the billions in lost revenue has begun to weigh on public institutions; Deakin confirmed yesterday it would shed 400 staff, while UNSW has announced major reductions in its childcare services.

In a letter to parents, UNSW announced it will close one centre, Kanga’s House, by the end of this year, and will look to privatise the remaining three.

These centres⚡️can not⚡️only be judged on their impact on the budget bottom line. They should be seen as what they truly are, key enablers of career progression for UNSW staff, and a crucial component of addressing our still significant equity gap for women at UNSW. #womeninSTEMM

In her letter to members, Barnes pledged to reiterate calls “for the Federal Government to fully fund the $4.5 billion financial shortfall in the university sector as a responsible measure to save thousands of jobs”.

She also outlined several tactics the union will deploy over the next few weeks:

Writing to supporters yesterday, NTEU Fightback unsurprisingly welcomed the announcement, but plans to fight ballots across the three universities that agreed to the framework:

“We’ve rebelled against colossal wage cuts, against the gutting of major change provisions and – most profoundly – against a vision of unionism that sees the main role of unions as sitting at the table, devising and implementing cuts in wages and conditions, rather than organising workers to resist attacks.”

In partnership with Vital Strategies and other global partners, WHO has launched a new technical package, ‘Revealing the Toll of COVID-19: A Technical Package for Rapid Mortality Surveillance and Epidemic Response‘.

Rather than simply tracking total death tolls, the program generates daily or weekly counts of mortality data — by age, sex, date of death, place of death and place of usual residence — with the goal of creating a complete picture of the pandemic, including deaths that may be indirectly related to COVID-19.

Finally, the tool addresses indirect impacts caused by disruptions in healthcare access and supply chains; as the overview reads, “When policy-makers can compare estimated weekly number of excess deaths related to COVID-19 compared with pre-pandemic levels, they have a powerful tool to inform their national response and recovery planning.” 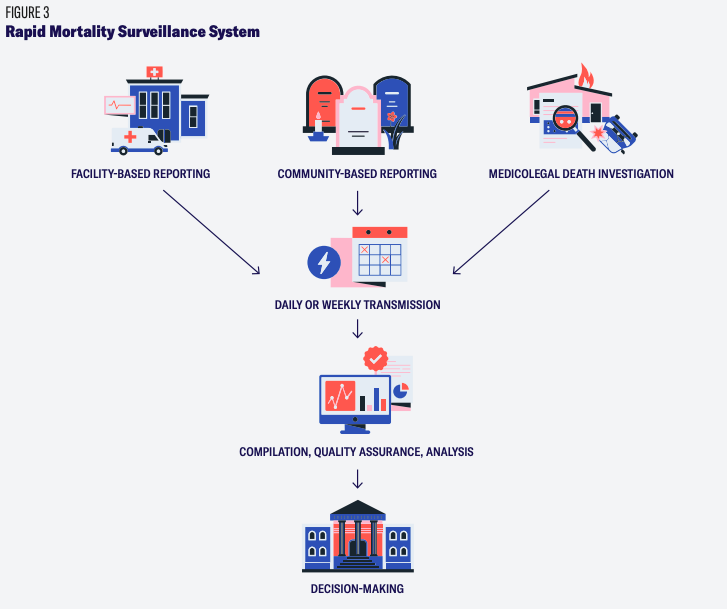 Elsewhere, the World Economic Forum has launched a new report, ‘Cybersecurity Leadership Principles: Lessons Learnt During the COVID-19 Pandemic to Prepare for the New Normal’.

Additionally, the report lists five proposals to guide cybersecurity and business leaders through the post-COVID world:

Yesterday, the ACT government announced a series of in-depth guidelines for sector recovery, to begin 11:59pm Friday 29 May.

The ACT will implement a scalable framework for the local hospitality sector to align maximum occupancy with the size of their venue. Cafes, bars, restaurants and clubs will be able to cater for up to 20 people in each enclosed space, and neither indoor nor outdoor venues can exceed one person per four square metres including staff.

However, if a venue has multiple enclosed spaces, they can have multiple groups of 20 patrons; some of the larger venues in the ACT with multiple enclosed and outdoor spaces may be able to accommodate 150 or more patrons.

To support the hospitality industry to rebuild, the ACT government will also provide an industry assistance package. The details will be announced later this week.

Beauty therapy businesses, including nail salons, tanning and waxing services, day spas (including massage) and tattoo businesses can reopen from

Businesses must complete a COVID Safe plan, observe strict hand hygiene requirements, ensure physical distancing as much as possible, and maintain the one person per four square metres rules, including staff; businesses should also keep a record of their customers to support faster contact tracing.

Indoor gyms and fitness centres can begin a gradual reintroduction of their businesses. Small, supervised group sessions and classes indoors can recommence, with a maximum of 20 people to an enclosed space or one person per four square metres.

The maximum capacity of organised social sport will be increased to 20 participants, and indoor sport can commence under the one person per 4 square metres rule.

Local sporting organisations are encouraged to ensure low physical contact, and to limit the sharing of equipment. Hand washing before and after sessions is strongly advised, and shared facilities other than toilets will not be open.

Galleries, museums, national institutions and outdoor attractions (such as the Zoo) will be able to reopen for groups of up to 20 people in a designated session. Businesses cannot exceed one person per four square metres including staff.

The ACT Government will “work closely with these institutions in the coming weeks” as they begin to welcome domestic visitation back to the ACT.

The maximum number of people at a wedding will be increased to 20, and 50 for funerals.

Other venues and activities — including caravan parks, campgrounds, and community centres — will be able to reopen but cannot exceed one person per four square metres, including staff and officials.

Should these measures not result in any significant increase in cases across the territory, the government will move into the next phase of our recovery plan on 11:59pm 19th June.

This phase will see maximum occupancy limits in some sectors, including hospitality, increase to 50 people per enclosed space. Cinemas, indoor amusement centres will also be able to reopen and there will be further easing of restrictions for gyms, health centres and community sport.