The Mandarin this week reported on an IBAC investigation of a senior public official in the Victorian Department of Education and Training who manipulated procurement processes. It is alleged that the manager used his position with the department to provide business opportunities to a company he owned which provided almost $14 million in contracted staffing resources to the department between 2003 and 2016. The report highlights the deficiencies in the department for allowing and not preventing this conflict of interest situation to arise.

To me the more important question relates to private business dealings of public servants. Should public servants be allowed to own businesses? This is not the first time that officials have been involved in “self-dealing”, that is steering business to companies that they own, or are owned by family members. The complication in this case is that the manager was not a permanent public servant, but rather a contractor. Moreover, he was not a short-term contractor, but had been on rolling contracts for 13 years.

There will always be a debate about the rights of public servants to own businesses and to have second jobs. There are huge risks here, and many would argue that the state has no right to limit their extra-curricular activities. It gets much murkier when the public servant is a contact employee, and more murkier still when the arrangement is in place for 13 years. Contractor or not, there is no justification for behaviour that involved misusing departmental information, influencing processes for procuring contracted staffing services, and circumventing those processes to obtain an unfair advantage over other IT contractor suppliers, as is stated in the IBAC report.

The department does have to answer for the claim that the manager had verbally and informally declared his conflict of interest to some departmental managers, including his line managers, although documentation was very poor.

In a study I conducted called Mapping Corruption in Procurement (it is behind an academic pay wall; I would be happy to send it to anybody who is interested), we examined NSW ICAC procurement cases over a 30-year period and found three types of behaviours:

Almost one-third of the cases involved no clear bribe or kickback to the public official. These involved steering contracts and work to friends, associates or families. Also, some people became romantically involved, and misused their position to impress or benefit their prospective partner or their partner’s family.

The Victorian IBAC has responded very well with education and training materials, as have other state anti-corruption agencies. However, cases still slip through the net. It is probably impossible to stamp out every bit of bad behaviour by public officials, but we do know that such behaviour is the exception rather than the rule. Yes, rules are firmly in place, but cultures sometimes allow or turn a blind eye to people who work around the rules and a general process of informalisation of formal rules. Rules are sometimes evaded, colluded against or captured.

It is tedious to say that culture and leadership are the ways forward, but they are. Building enduring cultures of trust, accountability, and prevention of conflict of interest need to be reinforced regularly.

Get the Juice - the Mandarin's  free daily newsletter delivered to your inbox.
You’ll also receive special offers from our partners. You can opt-out at any time.
About the author 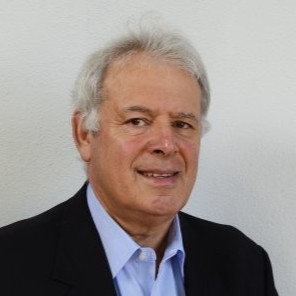 Adam Graycar is a professor of public policy at Adelaide University. From 1985 to 2007 he held various senior official positions in Australian state and federal governments.