What the G20 should do now, according to former world leaders

In a call to action co-signed by 225 other world leaders at Project Syndicate, former finance minister of Nigeria Ngozi Okonjo-Iweala, former chief economist at the European Bank for Reconstruction and Development Erik Berglöf, former New Zealand prime minister Helen Clark and former UK prime minister Gordon Brown have called on the G20 to adopt a $2.5 trillion health, economic and sustainability plan as part of their next response to the pandemic.

As The New York Times reports in its write-up of the demand, G20 leaders have held only one video meeting since the pandemic started — in which they agreed to a $5 trillion pledge the new report calls to improve upon — and their next meeting isn’t scheduled until November in the Saudi capital Riyadh.

The plan focuses in large part on the burden faced by poor and middle-income countries — those representing nearly 70% of the world’s population and approximately one-third of global GDP — and Brown, who led the G20 financial crisis summit in 2009, has since published an op-ed at The Guardian calling on the International Monetary Fund to “dip into its $35bn reserves” to specifically target poorer nations:

“On 26 March, just as the full force of the pandemic was becoming clear, the G20 promised ‘to use all available policy tools’ to support countries in need. There would be a ‘swift implementation’ of an emergency response, it said, and its efforts would be “amplified” over the coming weeks. As the International Monetary Fund (IMF) said at the time, emerging markets and developing nations needed at least $2.5tn (£2,000bn) in support. But with new COVID-19 cases round the world running above 100,000 a day and still to peak, the vacuum left by G20 inactivity means that allocations from the IMF and the World Bank to poorer countries will remain a fraction of what is required.”

While welcoming an $8 billion pledge on May 4 for vaccines, diagnostics, and therapeutic development as recommended by the Global Preparedness Monitoring Board, authors urge:

Following requests for financial health from more than 100 countries, the International Monetary Fund reports that emerging markets and developing countries will need $2.5 trillion to overcome the crisis.

With just a fraction of that money allocated thus far, the report recommends:

Finally, the authors note that, while the first stage of the crisis required “the provision of liquidity, employment protection, and emergency investments in health,” enhanced fiscal, monetary, and central-bank coordination will be vital to returning the world economy to pre-crisis levels of growth.

Consequently, they argue the G20 should:

Five lessons on ‘repurposing’ amidst COVID-19

In a new article at MIT Sloan Management Review, strategy experts from ETH Zurich and the University of Amsterdam unpack five core lessons in rapid innovation amidst the pandemic, arising in large part from the pharmaceutical industry (i.e. pursuing the antiviral drug remdesivir as a potential therapy for COVID-19 patients) as well as other areas such as manufacturing (i.e. Australian booze companies pivoting to hand sanitiser).

While not all examples of repurposing are inherently wise or ethical — the authors point to both the since-suspended testing of malaria drug hydroxychloroquine and Bill and Melinda Gates’ cross-disciplinary work (i.e. “reimagining” New York’s education system) as exemplars — the report offers valuable insight into how decisions have been made throughout the pandemic.

A formal review for easing Stage 3 restrictions will occur in mid to late June.

Restrictions to ease include:

Elsewhere, the state government welcomed the launch of asymptomatic COVID-19 mobile testing facilities across construction sites under a new initiative being delivered by construction body Incolink.

Virtual and live-streamed events will be held across Queensland today to celebrate Mabo Day, the 28th anniversary of Eddie Mabo’s High Court win for Native Title rights and dismissal of ‘terra nullius’ as a legislative principle. These include:

A full line-up of live-streamed commemorations, including music, spoken word, performances and a message from three-time Olympian and NBA champion Patty Mills, can be found on the Mabo Day Celebrations 2020 Facebook page.

Finally, with Winter upon us and states heading to a Queens Birthday long weekend, South Australia reports that campgrounds in many of the state’s national parks are close to being booked, while Queensland has reopened camping grounds beside state-owned dams and Tasmania set to reopen parks and campgrounds from Friday.

But Winter, sadly, might also mean an increased risk of airborne transmission: a new University of Sydney study ($) found a 1 percent decrease in humidity could lift the number of COVID-19 cases by 6 percent. 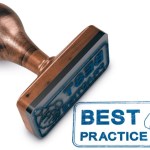 What’s wrong with best practice? How the quest for certainty affects the agility and innovation needed for organisations to thrive 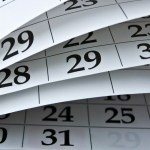 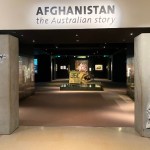 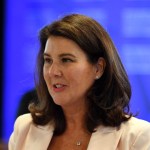 Why regulation is needed in the cryptocurrency universe 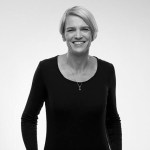 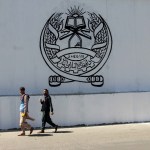