During a crisis, policymakers must respond to fast-moving situations, often with partial information and no clear solutions.

According to a recent paper by van der Wal aimed at practitioners, public managers in a crisis need to focus on: stakeholder engagement and storytelling, managing political masters with astuteness, and empowering and leveraging collaborative networks.

“Administrative capacity is a major factor in determining whether societies will emerge from this unprecedented situation with resilience and optimism, or despair and disconnectedness, and whether trust in government will increase or decrease,” he writes.

A crisis often means implementing policies that would be politically impossible under normal circumstances.

Take lockdowns for example — what would have been unthinkable a few months ago is now considered vital.

This means stakeholders, including different parts of government, external influencers and citizens themselves, need to be brought along, argues van der Wal.

“After mapping stakeholder dynamics and interrelationships, public managers need to come up with strategies to manage their stakeholder allegiances, in order to enlarge their support base while minimizing the number of adversaries as well as the adversaries’ powers to derail strategies and decisions,” he says.

It may not even necessarily mean converting opponents to active supporters, but rather moving them to the “indifferent category”.

Australian governments have mostly succeeded at convincing stakeholders of the need for intrusive interventions to fight the coronavirus. But one need only look to the United States, where federal, state and local governments are at odds in many places, to see the potentially dangerous effects of an un-coordinated response.

To bring people along, public managers need to be good storytellers, who can skilfully frame their messaging to suit different stakeholders, while also listening to different points of view, says van der Wal.

At a time when many politicians are sceptical of the value of experts and the public service, political astuteness is an important enabler of frank and fearless advice.

Certainly, the crisis puts a greater responsibility on the public service “to maintain a sense of continuity and neutrality in managing institutions and policies”, says van der Wal, but an ability to navigate situations involving diverse and sometimes competing stakeholders is a critical part of achieving outcomes.

“Clearly, both expertise and managerial skills are important, but the importance of being viewed as politically astute expert should not be underestimated if public managers want to remain relevant, legitimate, and authoritative when managing up, certainly in a crisis context in which evidence and expertise are constantly disputed.”

Outside parties will compete to provide advice to politicians. Public servants can maintain influence by acting as a filter and interpreter of outside data.

“Collaborate with but set conditions and norms for external advisors to your masters, and penalize non-compliance”, he suggests.

Working with external networks does not always come easily for public servants, but governments need to ensure they cooperate effectively with external partners, whether business, not-for-profits or citizens.

These external parties tend to have different agendas, world views and ways of working, which can make cooperation difficult. In many crises, the interventions of outside parties have also created their own challenges — such as the logistical problems surrounding un-coordinated citizen donations of physical goods to bushfire survivors.

Then there’s lack of coordination inside government itself, notes van der Wal.

“Just think of the initial battles between and within governments over the purchase of medical equipment, the support of specific industries, and attempts to acquire vaccines: while individual governments would have benefited from more collaboration, they behave in the exact opposite way in the context of “every country for itself”. Various producers of medical equipment utilized the environment of scarcity to increase prices substantially.

“… Now that the crisis moves into a different phase, we witness increasing collaboration between and within bureaucracies with regard to the major policy challenges that now present themselves – such as the nature of collectively funded stimulus packages, funding of transboundary research into medical and non-medical aspects of the Covid-19 epidemic — and between public and private actors in developing and providing access to vaccines.”

Putting it into action

Taking into consideration the above three skillsets, Van der Wal provides four action points for public managers in a time of crisis: 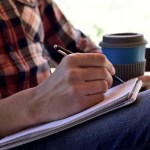 Design thinking is about creating repeatable processes for harnessing human creativity. How to write and communicate a spot-on mission statement for government 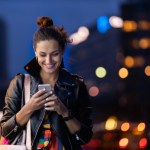 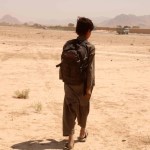 The Hazara boy Australian immigration allowed to be left behind 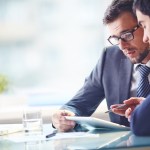 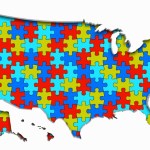 The Briefing: US election does nothing to stop gerrymandering, increases likelihood of 2022 Republican minority rule 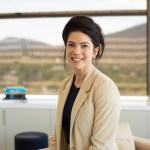 We know the world is complex. ATO Assistant Commissioner Misha Kaur wants policymaking to reflect this