On Wednesday, the World Economic Forum (WEF) launched ‘The Great Reset’ as both the theme of the January 2021 annual meeting and a broader program aimed at rebuilding global economic and social foundations “for a more fair, sustainable and resilient post-COVID future”.

A virtual and in-person twin summit, the 2021 meeting will connect key global governmental and business leaders in Davos with a global multi-stakeholder network in 400 cities led by young people. Those virtual hubs, to be known as ‘the Global Shapers Community’, will have an open house policy to integrate all interested citizens into their dialogue, “making the Annual Meeting open to everyone”.

Additionally, in the run-up to the annual meeting, the forum will host a virtual series — a joint initiative of the World Economic Forum and Prince of Wales called ‘The Great Reset Dialogues’ — and launch a series of interconnected research and opinion papers.

In his opening article, Schwab emphasised how the pandemic has exacerbated existing climate and social crises — both by disproportionately affecting poorer communities and through active exploitation and profiteering, i.e., Donald Trump rolling back environmental protections, Republicans passing tax cuts that overwhelmingly benefit millionaires, US billionaires increasing their wealth by almost half a trillion dollars — but equally shown a level of cooperation and ambition required to restructure social and economic systems:

“In fact, one silver lining of the pandemic is that it has shown how quickly we can make radical changes to our lifestyles. Almost instantly, the crisis forced businesses and individuals to abandon practices long claimed to be essential, from frequent air travel to working in an office.

“Likewise, populations have overwhelmingly shown a willingness to make sacrifices for the sake of health-care and other essential workers and vulnerable populations, such as the elderly. And many companies have stepped up to support their workers, customers, and local communities, in a shift toward the kind of stakeholder capitalism to which they had previously paid lip service.”

To that end, Schwab outlined three main agenda components for The Great Reset:

The Great Reset to include refugees, LGBTIQ+ people, entrepreneurs, the media, etc.

Since Wednesday’s launch, the WEF has published a number of articles under The Great Reset label, including themes from the day — i.e., ‘Why The Great Reset also means fighting racism’ — as well as new reports including but not limited to:

That last article summarises a WEF-Accenture white paper also released Wednesday, The Media, Entertainment and Culture Industry’s Response and Role in a Society in Crisis, a massive document that touches on everything from media companies’ financial, innovative and mental health responses to increasing levels of institutional trust to lasting implications of the media’s response to COVID-19.

Will COVID-19 accelerate the transition from fossil fuels?

In her address at The Great Reset launch, IMF Managing Director Kristalina Georgieva threw the weight of her organisation behind the clean energy transition and, specifically, the goal of ending fossil fuel subsidies:

“We now have to step up, use all the strength we have, which in the case of the IMF is $1 trillion,” Georgieva said.

The call, which elicited support from another member of the virtual meeting, BP CEO Bernard Looney, comes after an IMF 2019 working paper estimated that annual fossil fuel subsidies in 2017 came in at $5.2 trillion, or 6.5% of the global economy.

On our end, divestment group Market Forces estimates that Australia provides more than $12 billion a year in tax-based subsidies alone, on top of direct state and federal contributions and public financing systems like Export Finance Australia.

What if we just keep throwing money at fossil fuels?

Even without reforming subsidies, there’s evidence to suggest the financial impact of the pandemic — which is expected to create a relatively-mild direct reduction in global emissions — could accelerate the financial inevitability of transitioning from fossil fuels.

We know from the IEA’s Global Energy Review 2020 that, while demand for every other energy source fell — and oil prices even fell below zero — the global use of renewable energy increased by about 1.5% relative to the first quarter of 2019.

And while demand for fossil fuels will presumably rebound, new analysis from financial think-tank Carbon Tracker, Decline and Fall: The Size & Vulnerability of the Fossil Fuel System, finds that the pandemic has only accelerated peak demand. 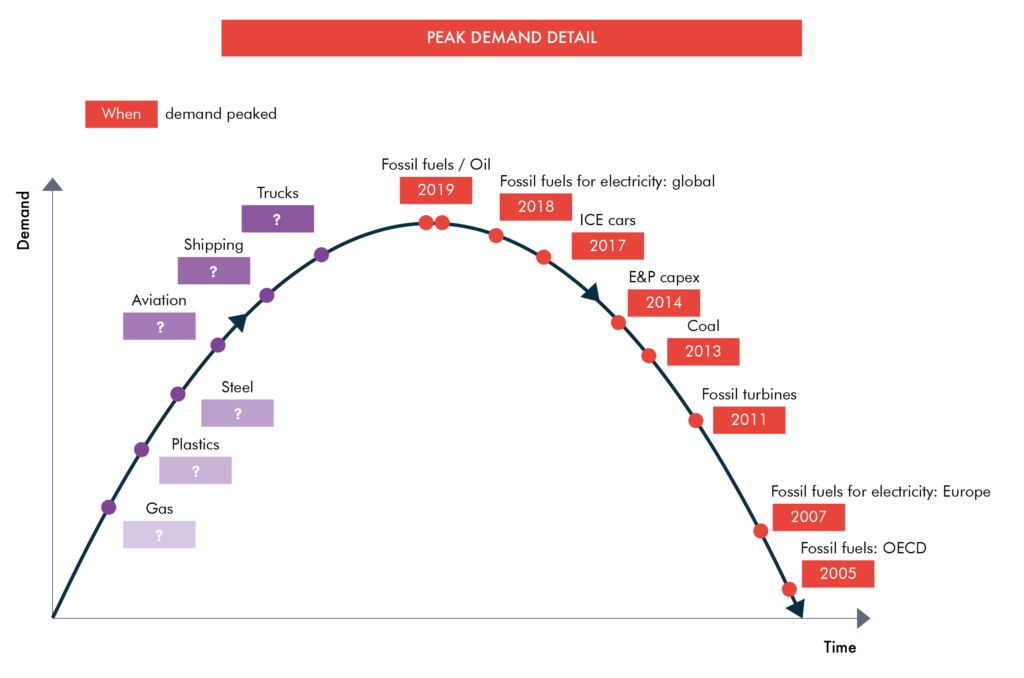 As The Guardian explains, the report predicts that a 2% fall in demand for fossil fuels per year could slash profits from oil, gas and coal from $39 trillion to just $14 trillion.

Further, that falling demand, lower prices and rising investment risk could create that US$25 trillion drop only increases the risk and likelihood of stranded assets, a significant threat to global financial stability.

The four main consequences of lower prices are explained in a chart below: 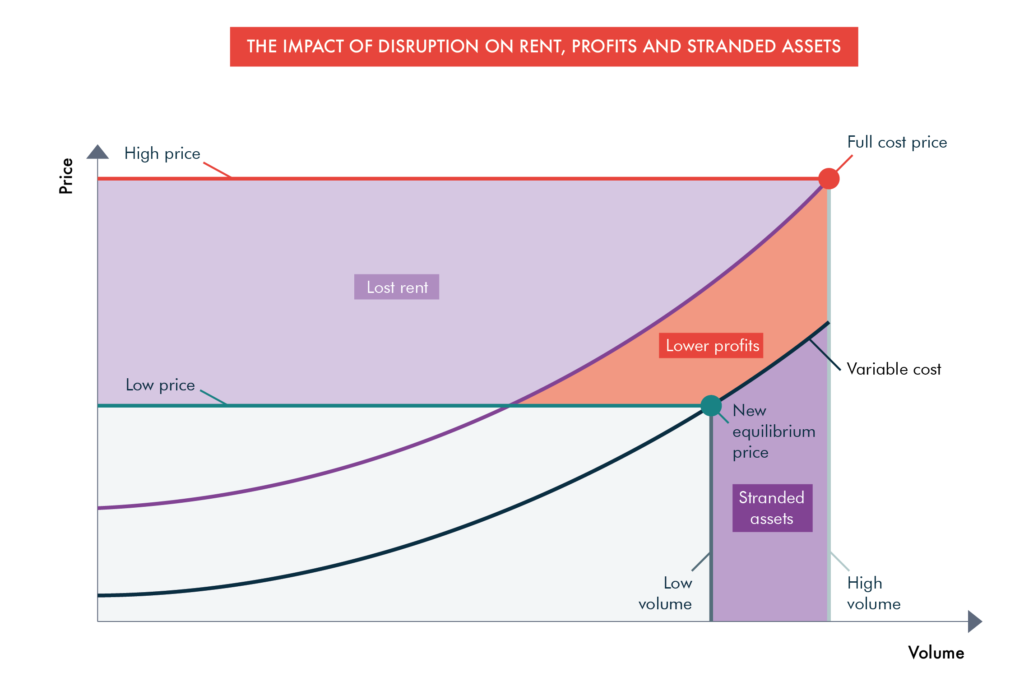 “The decline of the fossil fuel economy poses a significant threat to global financial stability. The report warns investors there is far more risk in the fossil fuel system than is conventionally priced into financial markets. Investors need to increase discount rates, reduce expected prices, curtail terminal values and account for the clean-up costs.

“For policymakers the implication is the urgent need to put in place an orderly wind-down of assets rather than trying to rebuild the unsustainable.”

Yesterday, the Tasmanian government announced a two-year, $1.8 billion infrastructure package it estimates will support an estimated construction value of $3.1 billion across the next two years.

Roads and irrigation infrastructure (delivering a construction value of ~ $55 million)

Essential services (with a total construction value of ~ $42.1 million)

Tasmania will begin a state-wide skills roundtable in coming weeks to discuss skills and training options.